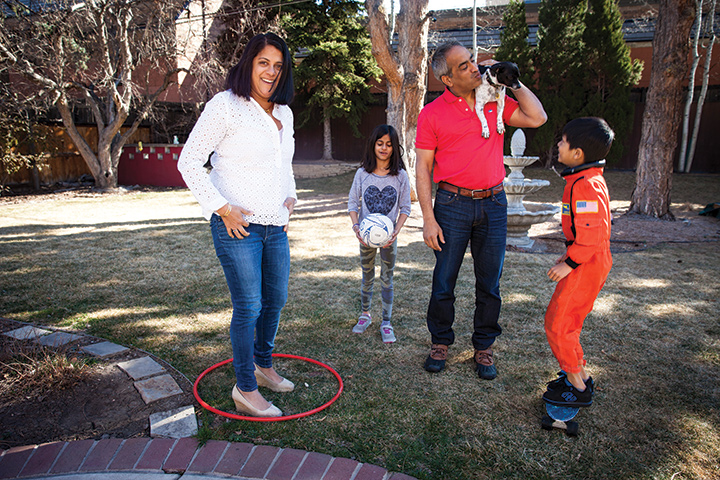 A SEAT AT THE TABLE WITH SAIRA

Our neighbor, Saira Rao, is running for Congress! The Democratic primary election is on June 26th, and she has proven to be a formidable opponent against incumbent Diana DeGette, who has held the seat since 1996. She is joining the wave of first-time women candidates running for office in 2018.

What’s your story? Tell us more about yourself.

I grew up in Richmond, Virginia, in the 70s and am the daughter of Indian immigrants. I went to the University of Virginia, then law school at NYU. I clerked for a federal judge on the Third Circuit Court of Appeals in Philadelphia and landed a coveted spot at a law firm. I didn’t stick with it very long because I needed to be in the community; I wanted to make a social impact.

As a woman of color with two children of my own, I became frustrated with the shows on TV – girls were humorless princesses, boys were funny and tough. There was no diversity on the screen. My friend and I decided to create In This Together Media, a company that publishes kids books with greater diversity. Fast forward a few years and the publishing companies who originally turned us down are now in bidding wars over our books. Representation matters and people want to see themselves in the media.

My husband, kids and I moved to Denver five years ago after having spent years visiting friends here.  My mother died suddenly six years ago, which made us realize that life is short and it’s now or never.  Denver has healed me, has nurtured our family and I’m running for Congress to give back to the community that’s been so great to us. We have an affordable housing crisis, a transportation crisis, and folks feeling left out of the public dialogue.  We need to get corporate money out–and give all residents of District 1 a seat at the table.

Why are you running? Why now and what led you to make the decision to run for office?

I’ve been very active in the Democratic party my whole life. I’ve volunteered, I started doing fundraisers and was donating to every single campaign. After a while, I realized that centrist Democrats wanted something from me: namely, money and time. They didn’t want to hear about my concerns; as our country has become more xenophobic since the 2016 election, my concerns have largely been racial. Over Christmas, I realized my issue with Democrats in very safe seats, who are not using their power and their privilege to advocate for the disenfranchised, is what was really bothering me. I personally benefit from class privilege – I can afford childcare, I have a supportive husband, I am able-bodied; I thought to myself, if I don’t try to at least challenge the status quo, then I’m just as bad as they are.

Describe the job of a Colorado US House of Representative.

Representatives are just that – they represent the will of the people who elect them. The job is multifaceted, and voting is only one aspect. It’s crucial to fight for your district, address the priorities of your constituents and fight for dollars for crucial programs. Finally, there’s constituent services, which entails being accessible and present to the people in your district.

Our representatives should be accessible. If elected, I would hold frequent in-district town halls, hire a diverse and culturally-competent staff, provide paid internships for low-income students with supported housing in Washington DC, campaign for candidates up and down the ballot and across the state and have a satellite office in District 1 that doubles as a community center, which will be open to EVERYONE.

I’m told almost on a daily basis, to stop speaking so passionately about race, that it’s “impolite,” “a turn off” and “rude.”  You know what’s impolite?  White supremacy.  We’ve decided that if you’re not burning crosses, then you’re not a white supremacist.  Our country was founded on genocide of the indigenous people. Our economy, thereafter, was fueled by slavery.  The Civil Rights Movement happened just over fifty years ago—modern history. We haven’t had truth and reconciliation, yet we recoil to think we are upholding white supremacy. Until and unless we are willing to have these hard conversations, without getting defensive and angry, we will continue to see black and brown people gunned down in the streets and arrested at Starbucks. White supremacy is a national crisis. This is on all of us.

Thank you Saira! Please note, that unaffiliated voters can now participate in the Colorado primary and vote for candidates who share their views and values on education, healthcare, resources and Colorado itself.