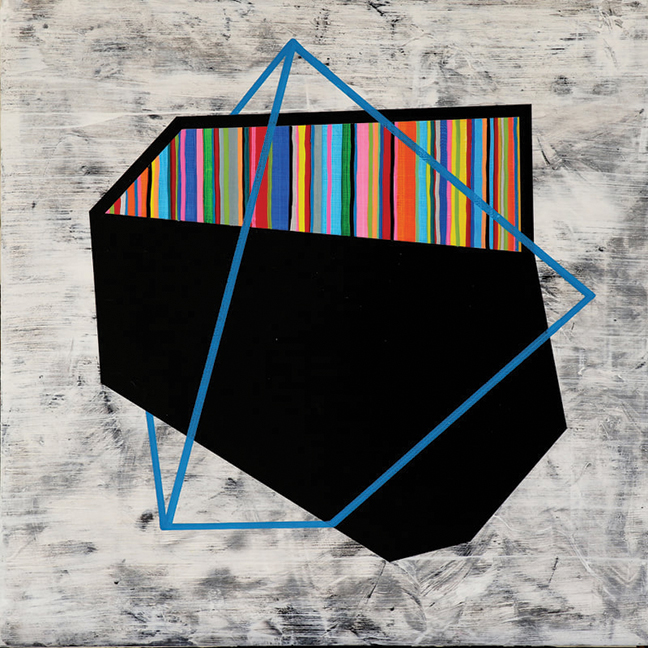 THRU FEBRUARY 27: “CONNECTIONS: New works by FRANK” – Alto Gallery During the pandemic of 2020, FRANK made this body of work (large paintings, small paintings, and drawings) about the connections that exist in our daily thoughts while being quarantined or isolated from the normal routine of social interaction. James Joyce said, “Shut your eyes and see.” This idea that your world exists not in what your eyes see but in what your mind perceives to see that we as individuals work to obtain. These works take an abstract thought of solitary confinement and our desires and memories of a beautiful world on the outside. All artwork starts with a mark made and the images are formed from that action. FRANK takes his works down to the minimal stroke of paintbrush to also explore the essence of painting of what a painting means. It is this active engagement or CONNECTION with the painting and the audience that creates an experience needed for art to be successful. FRANK​ (b. 1974, Denver, CO) is a Denver-based visual artist whose work evokes emotional narratives through grids and mark-making. FRANK’s work arises in concentrated periods of intense creativity.

OPENS FEBRUARY 7: The 19th Century in European and American Art – Denver Art Museum In newly-installed galleries, view about 85 artworks from the museum’s collection by Claude Monet, Berthe Morisot, Paul Cézanne, Édouard Manet, Willard Leroy Metcalf, Pierre-Auguste Renoir, Childe Hassam, and others that tell a story about one of the most important times in art history. The 1800s were a pivotal time in Europe and America, marked by incredible change and upheaval. Complex and contradictory, these 100 years witnessed the tension of opposing forces. The industrial revolution happened alongside the exaltation of unspoiled nature; political revolutions alternated with the restoration of conservative regimes and in art, the century began with a craze for antiquities and ended with a march toward abstraction, a shift so groundbreaking that there is hardly any comparison with centuries past.  The 19th Century in European and American Art features mostly French paintings and, in particular, landscapes. This is not accidental, as Paris, the capital of France, became the art center of Europe during the 1800s, and landscape, once considered among the least prestigious genres in painting for its lack of moral content, flourished as one of the most expressive and collected subjects. 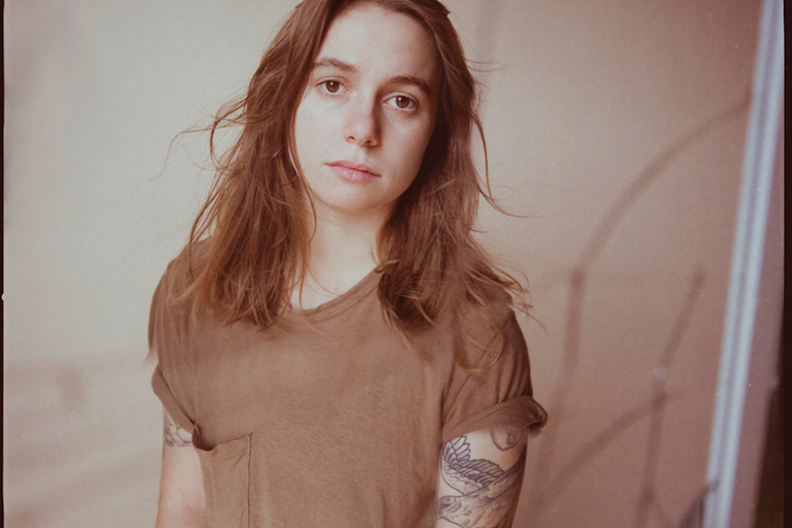 CHECK OUT THESE GREAT NEW RELEASES

Julien Baker – Little Oblivions Little Oblivions is the third studio album by Julien Baker. Recorded in Memphis, TN, the record weaves together unflinching autobiography with assimilated experience and hard-won observations from the past few years, taking Baker’s capacity for storytelling to new heights. It also marks a sonic shift, with the songwriter’s intimate piano and guitar arrangements newly enriched by bass, drums, keyboards, banjo, and mandolin with nearly all of the instruments performed by Baker.

Cloud Nothings – The Shadow I Remember

For a band that resists repeating itself, picking up lessons from a decade prior is the strange route Cloud Nothings took to create their most fully-realized album. Their new record, The Shadow I Remember marks eleven years of touring, a return to early songwriting practices, and revisiting the studio where they first recorded together.

Teenage Fanclub – Endless Arcade Even if we weren’t living through extraordinarily troubling times, there is nothing quite like a Teenage Fanclub album to assuage the mind, body and soul, and to reaffirm that all is not lost in this world. Endless Arcade follows the band’s ninth album Here released in 2016.

AVAILABLE NOW: Tiffany Haddish Presents: They Ready Season 2 – Netflix Hand-picked by Tiffany Haddish, six diverse comedians showcase their raw humor in a series of specials oozing with energy. “This season, these comics, are veterans, they are professionals at tickling the soul and I want to give them the kind of shine they deserve,” Haddish said in the trailer. 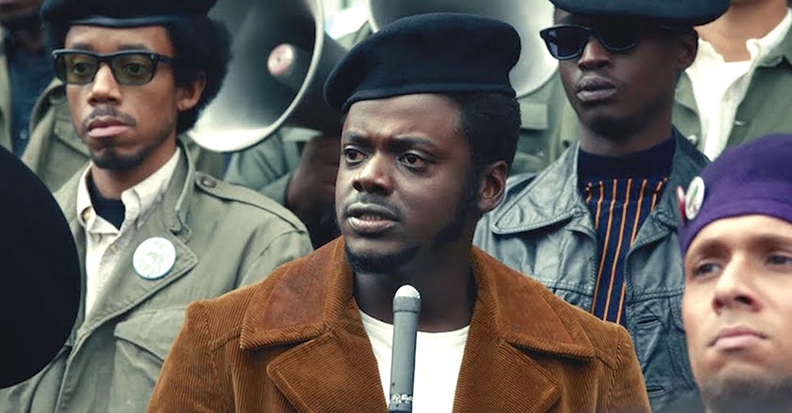 RELEASES FEBRUARY 12: Judas and the Black Messiah – In Select Theaters & HBO Max Fred Hampton, a young, charismatic activist, becomes Chairman of the Illinois chapter of the Black Panther Party — putting him directly in the crosshairs of the government, the FBI, and the Chicago Police. But to destroy the revolution, the authorities are going to need a man on the inside. Judas and the Black Messiah stars Daniel Kaluuya, LaKeith Stanfield, Jesse Plemons, Dominique Fishback, Ashton Sanders, and Martin Sheen. Directed by Shaka King.

RELEASES FEBRUARY 12: Land – On Demand From acclaimed actress Robin Wright comes her directorial debut LAND, the poignant story of one woman’s search for meaning in the vast and harsh American wilderness. Edee (Wright), in the aftermath of an unfathomable event, finds herself unable to stay connected to the world she once knew and in the face of that uncertainty, retreats to the magnificent, but unforgiving, wilds of the Rockies. After a local hunter (Demián Bichir) brings her back from the brink of death, she must find a way to live again.

RELEASES FEBRUARY 12: French Exit – On Demand “My plan was to die before the money ran out,” says 60-year-old penniless Manhattan socialite Frances Price (Michelle Pfeiffer), but things didn’t go as planned. Her husband Franklin has been dead for 12 years and with his vast inheritance gone, she cashes in the last of her possessions and resolves to live out her twilight days anonymously in a borrowed apartment in Paris, accompanied by her directionless son Malcolm (Lucas Hedges) and a cat named Small Frank—who may or may not embody the spirit of Frances’s dead husband.

RELEASES FEBRUARY 19: Nomadland – Hulu Following the economic collapse of a company town in rural Nevada, Fern (Frances McDormand) packs her van and sets off on the road exploring a life outside of conventional society as a modern-day nomad. The third feature film from director Chloé Zhao, NOMADLAND features real nomads Linda May, Swankie and Bob Wells as Fern’s mentors and comrades in her exploration through the vast landscape of the American West.

SELECT SHOWS FEBRUARY 25 – MARCH 11: The Troublemakers by Wonderbound – Wonderbound at 2535 E. 40th Ave. The latest creation by Wonderbound Artistic Director Garrett Ammon, The Troublemakers, is inspired by film noir, perfect for our current context as we mirror the disillusionment felt in the country when this genre was introduced in 1940s. The Troublemakers exposes the ramifications of superficiality and greed if left unchecked, commenting on our base instincts and impulses. The second production to premiere in Wonderbound’s new studio at 3824 Dahlia Street, The Troublemakers introduces a cast of characters that resemble those in the quintessential Cinderella story. However, in true Wonderbound fashion, twists are included. Complete with schemes of an unexpected femme fatale, executed flawlessly by world-class dancers, in a raw, industrial space, The Troublemakers proves to be an unforgettable night of drama and intrigue. For more information and tickets go to wonderbound.com. 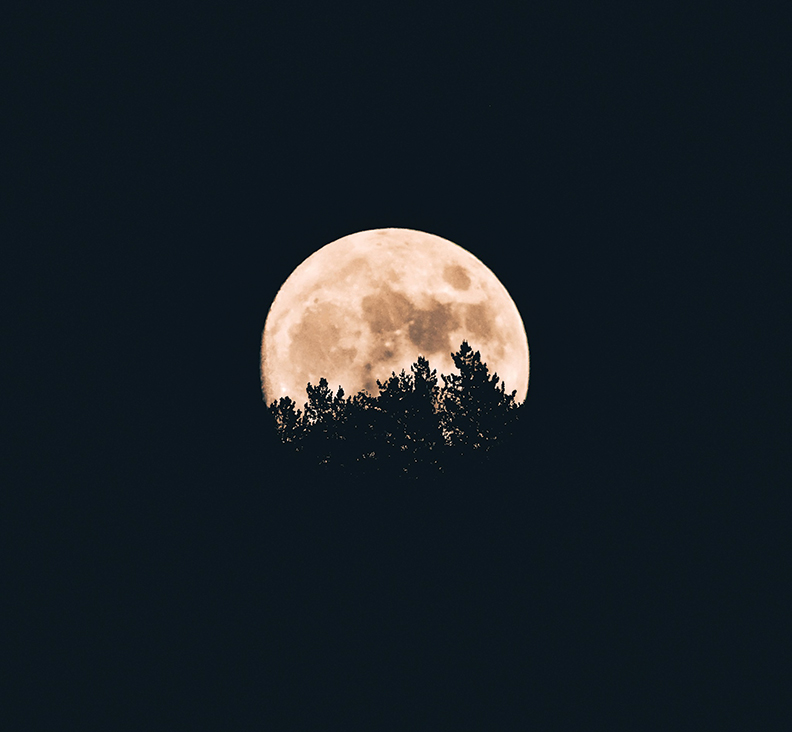 FEBRUARY 27: Full Moon Walk – 245 Bear Creek Rd, Colorado Springs Bundle up and travel the trails of Bear Creek Nature Center with a Naturalist to celebrate February’s “Snow Moon.” Recommended ages 6+. $4 per member/$5 nonmember. Prepaid registration required. To learn more about this program and more or to register check out our site at link or call our desk at 719-520-6387. This program is hosted at Bear Creek Nature Center. 6-7:30pm.

FEBRUARY 28: Tyke Hike – Garden of the Gods Visitor and Nature Center Join park educator on a guided nature walk designed specifically for young explorers. We’ll take a STEAM (science, technology, engineering, art, math) focused look at the natural life along some of our favorite trails in the park. Preregistration required. 10 participant maximum. For program questions contact programs@gardenofgods.com At least 1 registered parent/guardian must accompany registered child/children. Masks are required for the duration of the program. Free tickets can be reserved through the Garden of the Gods Visitor & Nature Center website. Be cautious of scammers selling tickets on Facebook. 10am-noon.

MARCH 3: Virtual Tour of Southwest Iceland – Online event On this virtual tour presentation, tour Director Dustin Yuill will take you to all the wonders the bottom left corner of Iceland has to offer, from the Capital Region of Reykjavik, via the Golden Circle and round to the Blue Lagoon at the very end of the Island. On the way we’ll take in glaciers, geysers, volcanoes, shifting tectonic plates, black sand beaches, and a whole lot more. Escape to the land of the midnight sun and let your mind go where your heart wants to be. Come along on this journey! Attendance is free. 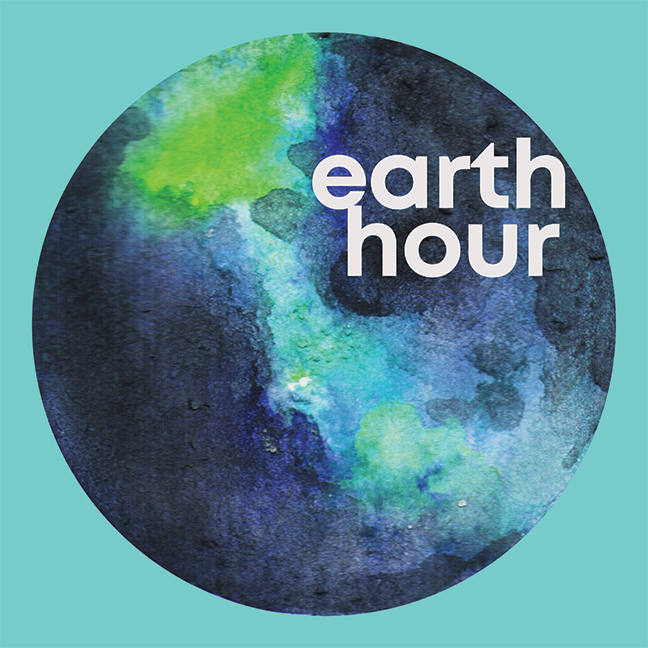 MARCH 4: CO Dragon Boat Film Festival – Online Event Organized in partnership with local non-profit organization Colorado Dragon Boat, CDBFF highlights and promotes the culture, contributions, and accomplishments of Asian and Asian Pacific American communities through film. This year you will be able to stream everything in the program at home, including new releases and exclusive filmmaker conversations. Even better, we have a limited amount of festival passes that will give you access to the entire program at a lower price. Get a Fest Pass: https://bit.ly/3qNWnOD 12am – 11:45pm.

MARCH 27: Earth Hour 2021 – At Home Every year, at 8:30 pm on the last Saturday of March, millions of people across the world join in raising awareness of the issues facing our planet by turning out all the lights for one hour. Our relationship with the natural world is dangerously imbalanced. Recently, a series of catastrophic events – wildfires, extreme weather, locust plagues and the COVID-19 pandemic have shaken the world and we are still dealing with the unprecedented, tragic socio-economic, health and humanitarian consequences. It is clearer than ever that our future and the future of our planet are intrinsically linked and both are under threat. Earth Hour 2021 is an amazing opportunity for you to join millions around the world and speak up for nature. We are calling on you to show decision-makers that you, your family, your community and your organisations care about the dual challenges facing our planet – climate change and nature loss – and want a future in which both people and nature can thrive. 8:30pm.