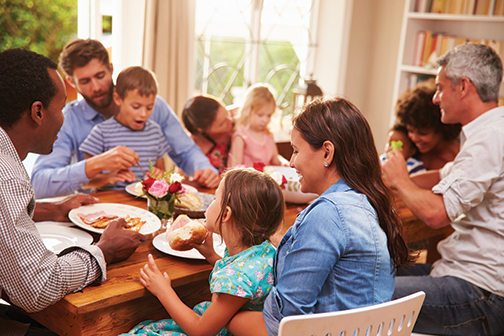 Seven years ago, she was as innocent and ignorant as most of us. She knew the stories fed to us by the partisan media, but she had no connection, no understanding of the dysfunction of our broken immigration system.

The news media and politicians use words like “crisis” and site increases in illegal border crossings and deportation rates. But that is fear mongering designed to solidify polarization.

The thing that changed Sarah’s life forever wasn’t about numbers or the overwhelming scope of the crisis. Sarah Jackson’s life was permanently altered when she had a conversation on the Mexican side of the border with Arizona seven years ago. One connection erased Sarah’s innocence and gave her the first glimpse of her life’s purpose. One talk flooded Sarah with understanding.

In a room full of recently deported people, Sarah found a 30-year-old man who spoke English and asked him to tell her his story. He was brought to the United States as an infant and had no recollection of Mexico. He had lived his whole life in the U.S. undocumented. He paid taxes, had never broken any laws, contributed to our economy and was raising a family. Now, he had been ejected from the only home he’d ever known and torn from his family who would have to learn how to live without the man who provided for their wellbeing.

As Sarah absorbed the man’s story, she saw her own father’s face in this man’s face. All he wanted to do was take care of his responsibilities – the only family he knew – and he faced the very real possibility he would never see them again.

Sarah returned home to Colorado, and she attempted to return to life as usual. But she was haunted relentlessly by the nagging call-to-action. Her spirituality told her to love her neighbors, feed the hungry and clothe the naked. There are no caveats about citizenship or paperwork in her belief system.

A House of Peace

Powerless to move on with life and pretend she didn’t know what she knew, Sarah took the unimaginably courageous and generous step of welcoming immigrant families she had never met and had no knowledge of into her home to eat and sleep rent free. She didn’t protest or circulate petitions or campaign for liberal candidates. She opened the front door of her one-bedroom apartment in Aurora near the immigrant detention center and welcomed families to sleep in her bedroom while they visited their detained loved ones and tried to figure out their next move (Sarah slept on the couch back then). Unlike almost everyone I know, Sarah didn’t waste time with talk. She took the kind of action most of us are simply too scared, comfortable or uncommitted to take.

Since Casa de Paz (House of Peace) was born seven years ago, Sarah has moved into a five-bedroom house that allowed her to expand her mission (and have a bed to sleep in herself). In addition to housing families who travel to Denver to visit relatives in the detention center, Casa de Paz also provides shelter for recently released detainees with nowhere to go, no money and no plan. Sarah’s kindness and humanity is valued not just by immigrants in a bind. Guests are referred to her by guards, lawyers, judges and even ICE agents who recognize that Casa de Paz is a beacon of hope for people without options.

But Sarah’s kindness and generosity goes even further than all of that. She and her group of 1,100 volunteers over the years visit detainees who are locked-up far from family. Most are asylum seekers, while others have been detained because of expired visas or because they’ve lived their whole lives as undocumented. Regardless of the reason for their detention, they are scared and alone, and Sarah and her team provide comfort. Along with the shelter and food Casa de Paz provides, the comfort and friendship offered by this woman of action is breathtaking and inspiring.

Over the past seven years, Casa de Paz has housed over 2,300 people in need from 30 countries. They cook, they make trips to the airport, they clean, they reach out and they listen. They listen to the stories of people who weren’t fortunate enough to have been born in the greatest country in the world.

Action Is Not a Political Position

As I applauded Sarah for her overwhelming generosity, she deflected my praise and reminded me that, “Helping others is what has always set this country apart.” The mission of Casa de Paz is about action, not politics. No matter where you fall on the political spectrum, no one can deny that our immigration system is broken. And when all we do is argue about the merits of building a wall or the inevitability of offering amnesty, we are kind of all missing Sarah’s point. Regardless of your ideas about the long term solution, the fact remains that there are millions of human beings jammed-up in the broken system. And those human beings deserve to be treated like human beings. That’s not a conservative nor a liberal philosophy. It’s an American philosophy, and one that Sarah exemplifies as well as anyone I’ve ever met.

I tried to get Sarah to make a political statement I could use for this article, but she wouldn’t take the bait. When I asked her what our government should do to fix immigration, she said, “I’ll put it to you this way. If my sister showed up from a foreign country in need of help or protection, I hope someone would be there to help her out.” I think I know how Sarah votes and what she thinks about the wall. But that’s not the point. Not even close. She’s a woman of action, not rhetoric nor divisiveness.

If you’d like to support Sarah and Casa de Paz financially, they are eager to accept your donation at casadepazcolorado.org. Even more so, Sarah wants to encourage you to join their army of volunteers. She wants to spread her message of action until everyone she knows either gets involved or proves to be apathetic to the situation. Inaction resulting from ignorance is not an option in Sarah’s mind.

Voting is important, and petitions can have an impact. But the people Sarah helps can’t wait for the next election. It’s our community and our country. Let’s make Denver that shining city on the hill President Reagan once helped us dream about. Let’s be as exceptional – in action – as we think we are.