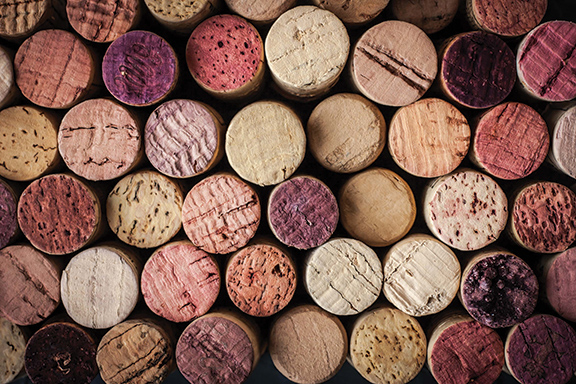 THE POWER OF PAUSE: TAKING A BREAK FROM DRINKING IN AN ALCOHOL-SOAKED CULTURE

“Whenever you ﬁnd yourself on the side of the majority, it is time to pause and reﬂect.”

The alcohol-free movement is gaining momentum as people are realizing the health ramiﬁcations of alcohol and seeking a higher consciousness life. People are realizing that it’s never too early or too late to re-evaluate their relationship with alcohol, and that life may be better without it.

The sober curious mindset asks you to question and critically evaluate the subconscious ways in which drinking is socially expected of us, regardless of whether our behavior seems problematic. It moves beyond this binary idea that you’re either a problem drinker (an “alcoholic”) or a “normal” drinker who has no issues with alcohol.

We now know there are no safe levels of consumption. In fact, evidence demonstrates there are many shades of gray when it comes to patterns of alcohol use and dependence. It’s a wide spectrum between the “rock bottom” drinking and the every-once-in-a-while drinking. Jolene Park, in her Gray Area Drinking TEDx Talk, deﬁnes this as silently worrying about/regretting your drinking, being able to stop drinking for awhile but then ﬁnd it diﬃcult to stay stopped, and drinking that often doesn’t look problematic to those around you. Finally, you may ricochet between ignoring the voice in your head telling you to stop drinking and then decide that you’re over-thinking it and you just need to “live a little”.

Alcohol is a provocative and complicated beast. It’s one of the most addictive drugs around, but it is culturally inappropriate to talk about it. We ﬁnd it much easier to think that substance use problems are “over there” and a problem for “other people”. Just look at how easy it is to point ﬁngers at the opiate epidemic.

Here’s the thing, you can’t outsmart alcohol. And it doesn’t discriminate. If you are a human, then you are susceptible to its grips. No amount of education or success makes you immune. In fact, according to recent statistics, it’s the educated and upper-income Americans who are  experiencing the sharpest increase in consumption. Many in the gray area of drinking like to think they could take it or leave it. That is, until they try to leave it, which leaves us wondering, why is it so hard to leave behind?

If you had asked me a few years ago if I’d be willing to go 30 days alcohol-free, much less a year sober, I would have been deeply skeptical. That’s not because I wasn’t consciously exploring giving up drinking (like millions of other gray area drinkers, I was sober curious), but because the idea of it felt so daunting. I always considered myself just a social drinker but the thought of not being able to do it sent me into sheer panic. But somewhere deep down I knew I wanted a change.

So what is it about our current day times that is giving rise to this big shift in how we are looking at our relationship with alcohol? According to Ruby Warrington, author of ‘Sober Curious’ and co-founder of Club Soda, it’s a natural extension of the wellness movement. You can only go so far in exploring all things wellness until you come face-to-face with your drinking habits.

I personally found this to be true as I was practicing integrative medicine and helping women (and myself) balance hormones in perimenopause. At some point you realize you can’t green juice, diet or exercise your way to good health. You’ll ultimately keep hitting your head against the wall in the detox and re-tox cycle.

Here’s the truth: our alcohol-soaked society has persuaded our subconscious that we need this chemical to have fun, relax, calm anxiety, and reward ourselves. But the reality of the drug is isolation, shame, mood disorders, lack of connection with others, weight gain, hormonal challenges, and even cancer, to name a few.

Taking a pause from our alcohol habit is beneﬁcial for many reasons. A recent study found 92 percent of people who take a break from alcohol are much happier. If that reason alone isn’t compelling enough, here are ﬁve more:

1. Mindfulness: Often we don’t think about how much we drink or why we drink, for that matter. Taking a step back to evaluate these reasons can be very enlightening and eye-opening. If you just want to cut back this can be a great way to practice mindful drinking. Many drink out of habit, unconsciously. This pause gives us the space to identify our triggers and stressors. 30 days is a period of time when our brain can actually change. Modern neuroscience shows that we can form new neural pathways to form new habits and break old ones that are holding you back.

2. Ripple Eﬀects: Alcohol use and abuse has many ripple eﬀects beyond just the drink. It takes about seven-ten days for the body to actually detox itself. After that you may begin to notice more restorative sleep, an increase in productivity, less brain fog, better food choices, less dehydration, weight loss, more radiant skin, a stronger immune system, and more patient relationships with your friends, partner and children. Let’s not forget about hangover-free mornings with less regret about what you said or did. As importantly, and perhaps surprisingly, taking a break from alcohol frees the mind from the interminable wrestling you may be familiar with, regarding when and where to drink, and whether or not to have another drink after your current one. Changing one big habit tends to have a domino eﬀect on other habits. Once you start feeling good, you want to do more things to feel even better.

3. Sober for the Health of It: No amount of alcohol is safe or – industry be damned – healthy. Just three drinks per week raises a woman’s breast cancer risk by 15 percent, and it’s associated with six other types of cancers. Alcohol also increases your risk of stroke, heart disease, diabetes, hormone imbalances, gut issues, depression and anxiety. It’s listed on the ‘harmful drug list’ as number one, ahead of heroin, for a reason. It kills more people per year than all pharmaceuticals and other drugs combined, and the trend is worsening.

4. Ultimate Act of Self Care: Not drinking is the ultimate gift you can give yourself. All of the massages and pedicures out there won’t change the fact that healing is done from the inside out. There is freedom in restraint when it comes to caring for yourself. Placing healthy boundaries around things that just aren’t serving your highest you is the foundation of a positive life practice.

5. Anxiety and Depression: This one deserves its own bullet point. Our anxiety levels are at an all-time high, whether it’s because of politics, social isolation, or that the arc of the human story seems to be trending toward tragedy. Mental health is rightly being discussed at a national and global level, but we aren’t discussing the direct role that alcohol is playing in this. Drinking is like throwing gasoline on the ﬁre of anxiety and depression. It actually changes the levels of serotonin and other neurotransmitters in the brain, which can make you feel more anxious and depressed once the alcohol wears oﬀ.

The best place to be for growth and learning is outside of your comfort zone. Curiosity is the most important element in creating a life you won’t want to escape from. We don’t have to settle for an unhappy existence, or lives that are just ‘ﬁne’. We’re all capable of achieving deeper meaning, peace and joy. Taking a pause from alcohol is a great ﬁrst step in ﬁnding that clarity.

I started with Emerson and I’ll end with him here:

“What you are afraid to do is a clear indication of the next thing you need to do.”

Christy Wynne is a board certified physician assistant and graduate of the world renowned Fellowship in Integrative Medicine at the University of Arizona School of Medicine. After realizing the need for support in the gray area drinking space, she completed a certification in alcohol coaching in Annie Grace’s “This Naked Mind” program. She resided in Wash Park for 9 years. You can find her at www.danceyourselfcleancoaching.com or @danceyourselfcleancoaching on Facebook or Instagram. Join in her Dry January through the link in her website or https://www.eventbrite.com/e/dry-january-move-toward-freedom-tickets-82256380047.