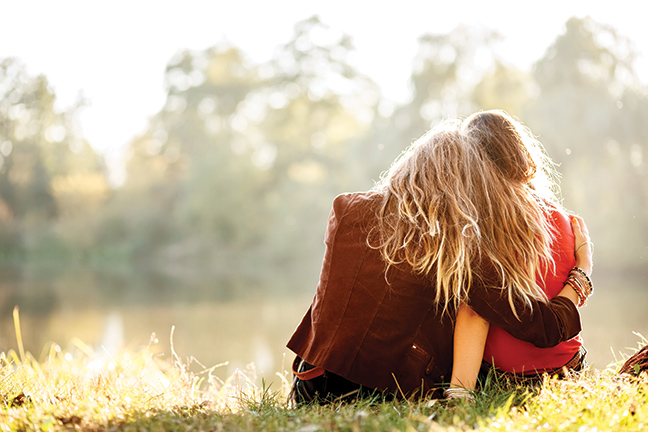 Suicide is not a topic that many people want to discuss over coffee or dinner. It’s uncomfortable and scary, but our hope is to bring attention to this frightening public health crisis, as September is Suicide Prevention Month.  Suicide is now the second most common cause of death among 10-24 year olds and the fourth leading cause of death among 18-65 year olds.   While adolescence is an exciting time of tremendous cognitive, emotional, and social growth preparing children for their adult lives with education, work, and personal relationships, it can also be a very challenging time.  Approximately 1 in 15 adolescents report attempting suicide each year.  Certain populations of adolescents, such as those who are involved in the child welfare systems as well as the LGBTQ communities, have an even higher rate of incidence. Some studies show that transgender youth in particular are twice as likely to attempt suicide.

Social media websites such as Facebook, Instagram, and SnapChat were initially created to bring people together virtually.  While there are significant positive aspects of these sites for adolescents, they also have had clear negative impacts.  Social media provides an immediate conduit for anyone to engage in hurtful behavior or cyber-bullying.  It is certainly easier to type a hateful or upsetting comment online than confront someone in person.  Social media has created a culture of constant contact, and constant need for more and more affirmation for many.  What may have been a schoolyard argument ten years ago can now easily involve tens or even hundreds of teens since it is so easy to connect with multiple people at once.  Studies show that teens who are victims of cyber-bullying are twice as likely to engage in suicidal behavior.

Research tells us that nine of ten teens who die by suicide met criteria for depression or other mental disorders at the time of their attempt.  However, many are not recognized or treated as such in time.  Depression and anxiety may be difficult to recognize in adolescents, as adults may expect them to act “sad” or “moody.” However, teens often don’t express their feelings openly, so a parent should be sensitive to their child exhibiting other signs of a potential internal struggle.  The main thing to look for in a teen you care about is a change in behavior.

Warning signs may include:

Talking peripherally about death such as “I wish I would just die,” or “I wonder who would miss me if I was dead.”

“Cutting” or other self-injurious behaviors

Talking with teenagers about suicide can be challenging.  We recommend several tactics when talking to teens about depression. First, it is important to affirm your child’s feelings. Often the issues that are causing distress may seem trivial or meaningless.  It is important to listen to the teens feelings and recognize them.  Sometimes even repeating them or using phrases such as “I can see that this is so hard for you.  I hear you and will be here anytime you want to talk.”  Being a safe person to talk to can be a great way to open lines of communication.  It is also important to involve your teen in the treatment process, including selection of providers, so they are comfortable with a mental health professional and plan.

In talking with your teen, what can sound like benign statements such as “nothing matters,” or “no one cares anyway” can be serious, so it’s important to ask more clarifying questions to assess how serious the threat may be.  If you feel that your teen is considering self-harm, questions such as “do you have a plan for how you would hurt yourself?” can be illuminating.  People with a specific plan are at higher risk of suicide.  If you feel that your child may be in danger DO NOT wait to contact your child’s doctor or other mental health professional.  If your family has guns, other dangerous weapons, or medications in the home – store them SAFELY. Firearms should be kept under lock and key with ammunition stored separately.  Medications should be similarly protected with unused/unneeded medicine disposed of regularly.

Mental illness is treatable and suicide is preventable. Having a non-parent adult involved in your teenager’s life can be a preventative factor in and of itself.  Additionally, a skilled therapist can help in many important ways. Structured therapies such as Cognitive Behavioral Therapy and Dialectical Behavioral Therapy have been proven to be effective especially when a teen is more acute.  Many teens, especially those with a family history of depression, anxiety, substance abuse, or other mental illness will benefit from medication as well. Medication tends to work best for those patients also participating in psychotherapy.

The National Suicide Prevention Lifeline provides 24-hour confidential support to families or individuals in crisis.  In an emergency, call 911 or take your teen to an emergency room or crisis center for support.  In less urgent cases, your child’s physician likely can direct you to appropriate mental health resources in your area.