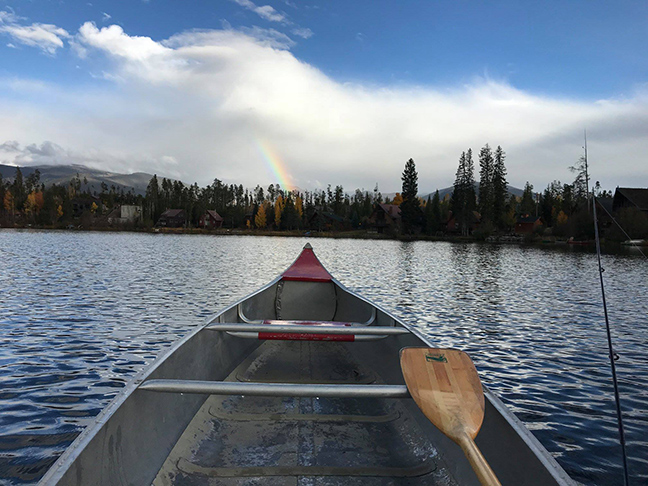 I had the pleasure of meeting Bradley Hajim over coffee at Devil’s Food, to hear first hand, of how his career building little cabins in the woods began. It wasn’t long before my chat with this fellow Wash Park’er turned into two hours, because he is the kind of guy that instantly feels like an old friend. It’s no wonder that his skill is in creating a home away from home.

Growing up, did you know you always wanted to be an architect?

I grew up in a town outside of New York City that was definitely finance-centric. In middle school, I took a shop class where we were tasked with drawing an exploded axonometric of a screw and nut with pen and ink. For most of my classmates, this was torture, but I loved it! Although I didn’t know what to do with this aptitude of drawing mundane hardware, I knew it did not fit under the umbrella of finance. It wasn’t until my father and I undertook the renovation and transformation of a tired historic home and turned it into a lake front gem, that I discovered I wanted to be an architect. I realized how much I loved the process of making and that with a little care and a lot of consideration any pile of 2x4s had the opportunity to become something great. 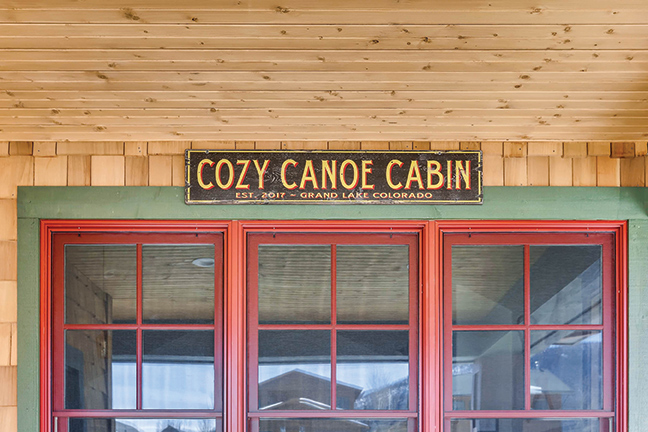 Tell us how your dream of a little cabin in the woods shifted your architectural designs from luxury homes to charming and efficient cabin designs.

My 30-year career has taken me on many building adventures, and by 2009 I was primarily building large, luxury mountain homes. After the recession hit there was a period of more thinking and less building. I thought a lot about what originally brought me to Colorado, to Grand Lake and to Architecture. The answer has always been the little cabin in the woods. The image of the little cabin in the woods has grown up and matured, as I have, but the essence has stayed the same. For me, that equated to a place to come and experience nature while simultaneously being sheltered from it, a modern grotto from which to retreat from the hectic designs of an urban life. With that in mind, I refocused my efforts almost exclusively on Cabin Architecture. 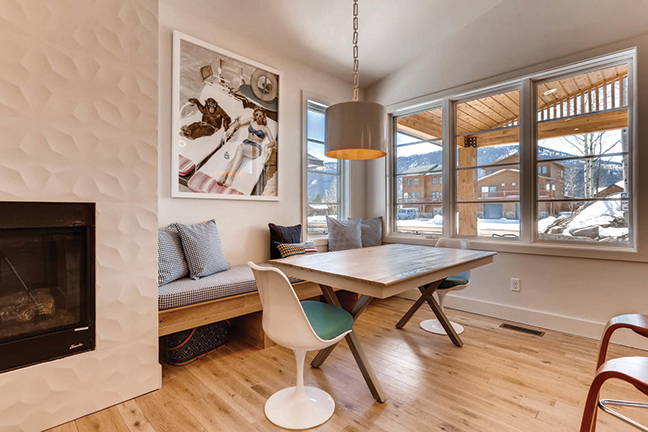 We have had the opportunity to see your cabins and there really is something magical about each property. They truly have a personality of their own. How did you come up with the designs, unique name, and poem for each cabin?

During my years in the Architecture program at UCD, we would originate client profiles and then design projects to reflect the needs and sensibilities of those imagined clientele. That is essentially what I did with the cabins. I made up individual cabin owners, told their story in poem and let the interior and exterior design follow each character’s lead. In the end, I realized that those characters were largely a reflection of different phases of my own life and personality. If you read the poems you will find: a want-a-be hippie with crafting tendencies whose wanderlust took her all around the world, a young architect who was drawn away from her hometown by the lure of western peaks and clear mountain skies, a man who had to leave his comfort zone to find a place to call home, and an uncomfortable cowboy who found solace by the lake and canine companionship. On a final note, I have to admit that my kids were primarily responsible for naming the cabins, except for Woody’s, which was named after our revered family retriever. 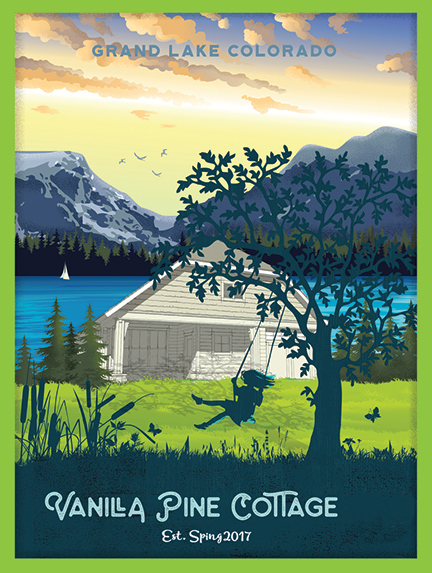 Can you offer a glimpse into life in Grand Lake for anyone who has not had the opportunity to visit?

Visiting Grand Lake is like is stepping back into a simpler time. The tubing hill is free of cost and free of a lift, you can rent a pony and walk it around a ranch, throw peanuts shells on the floor at a popular restaurant, there are old time parades that march down main street, and the locals bar has salon doors, pool tables and a dance floor. All summer long you will also find nostalgic activities like summer theater, crafts fairs and open air bingo in the town park.

Grand Lake has a unique and eclectic genre, like mash up between an Adirondack summer camp and a scene from your favorite western movie. You might see a horse tied to a hitching post on the boardwalk in front of the local saloon, while across the street at the lake there could be a wooden boat show or a sailing regatta in progress. Hard to put a label on that!

I would be remiss if I did not mention the lake is incredibly majestic, the views are spectacular and the town is surrounded by park and forest lands with hundreds of miles of trails for humans, dogs, horses, bikes, ATVs, snowmobiles, snowshoes and skis!

How does raising a family in Wash Park measure up to mountain life?

It’s the proximity and juxtaposition between the two places that I love. From my home in Washington Park, a two hour car ride transports me to a different climate, a different genre, it almost feels like a different time period.

To me this is what makes Denver and Washington Park such an amazing and unique place to live. In Denver you can soak in all the attractions that an urban life presents, while just a 100 miles to your west, the offerings might include walking down the boardwalk in your cowboy boots, catching a glimpse of a moose, fishing from a canoe, digging a snow cave with your kids, and sailing a high mountain lake. I believe that it is the contradiction of the two locations that make them so unique and special.

What are your thoughts regarding the current architectural changes we’ve seen in Wash Park?

The traditional Wash Park bungalow is near and dear to me. I owned and lived in a 900 square foot bungalow on the 800 block of South Gaylord for seven years after college. There were many good times had in that home, and I loved every minute that I lived there. But like so many other people in Wash Park, I got married, had children and felt the need for more space, so I understand and have participated in the “Largification” of new construction going on around the park. But as I see less and less bungalows in the park, I worry that all that the bungalow gave me and everything I learned by living there is slowly being lost. Living in that bungalow gave me the courage and insight to build my cabins…I modeled the cabins in size and craftsmanship after the bungalow. I knew if I built something that was efficient, well-crafted and well detailed like the bungalow of the past…it could stand the test of time, like the Washington Park bungalows have for the past century.

I would say if you are lucky enough to live in an original Washington Park bungalow and it fits your lifestyle and needs…love it, renovate it, preserve it and update it for the next century of Park dwellers!

When you’re not in Grand Lake, where are your favorite spots in the city?

I have to admit, when I am in Denver, I have a tendency to live in a fairly tight bubble. On the weekends it is not uncommon to find us frequenting one of the restaurants on Old South Gaylord, when we get adventurous we head west to South Pearl. If we happen to make it downtown we typically go “old school” with a cocktail at the Cruise Room followed by dinner at Vesta.

Do yourself a favor and check out Grand Lake Cabin Rentals at grandlakecabinrentals.com. Then unplug, pack up the essentials and head to Grand Lake. Brad’s hand-crafted cabins will having you feeling at home in no time.