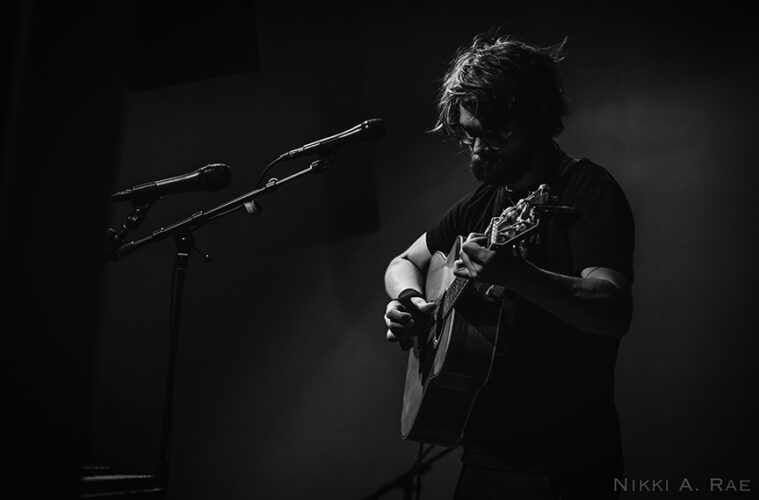 As a lover of music, I find myself constantly working to curate the music in my life. It’s an ever-evolving process and somehow the music you’re listening to always points you toward another great song or band. The clearest example of this is when your Orwellian music source analyzes your listening habits and then makes recommendations based on the data. You happily end up learning about a new artist to start play-listing. This is a common experience in the modern music lover’s life. But, every once in a while, something extraordinarily rare is born out of this process. You don’t just find new music to like, you end up discovering music that moves you, music that makes you think and music that becomes a part of who you are. This is the holy grail for music lovers and this is the experience I had when I discovered Anthony Ruptak. There is no question in my mind that he is one of Colorado’s best and we were so lucky to have had the opportunity to interview him here. It’s my hope that he becomes your next rare and moving discovery. 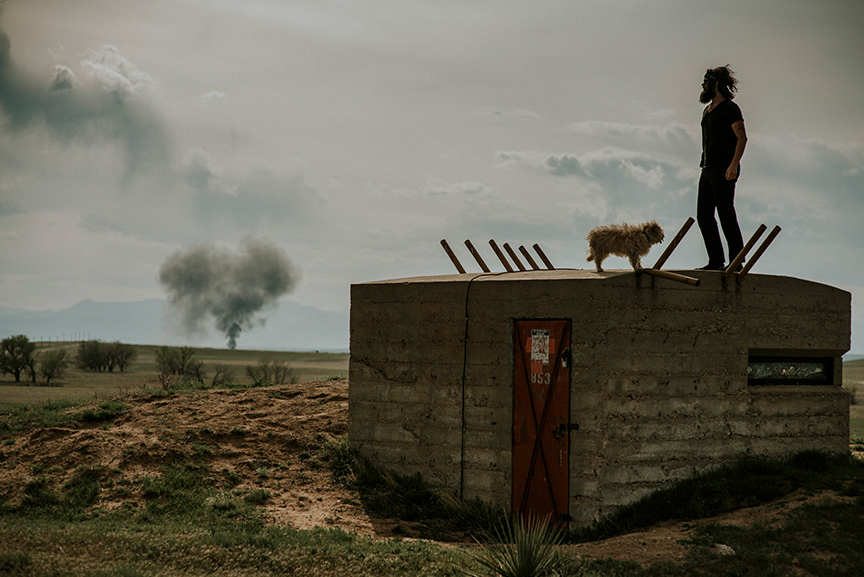 You’ve been a part of the Colorado music scene for some time now. Can you share with us a little about your musical history and journey?

I started playing music in front of people as a youth group worship leader around age 12.  I left the church at age 15, started writing my own music and began playing open mics wherever I could, talking my way into several 21+ bars to cut my teeth. Some of my earliest influences were Fionn Regan, Andrew Bird, Death Cab and Modest Mouse, and I tried to train my vocal cords to replicate those guys. I recorded my first solo album in 2011, and have been writing, recording, and performing ever since. I also hosted the Songwriter’s Open Mic at Syntax (now Roxy on Broadway) every week for seven years. 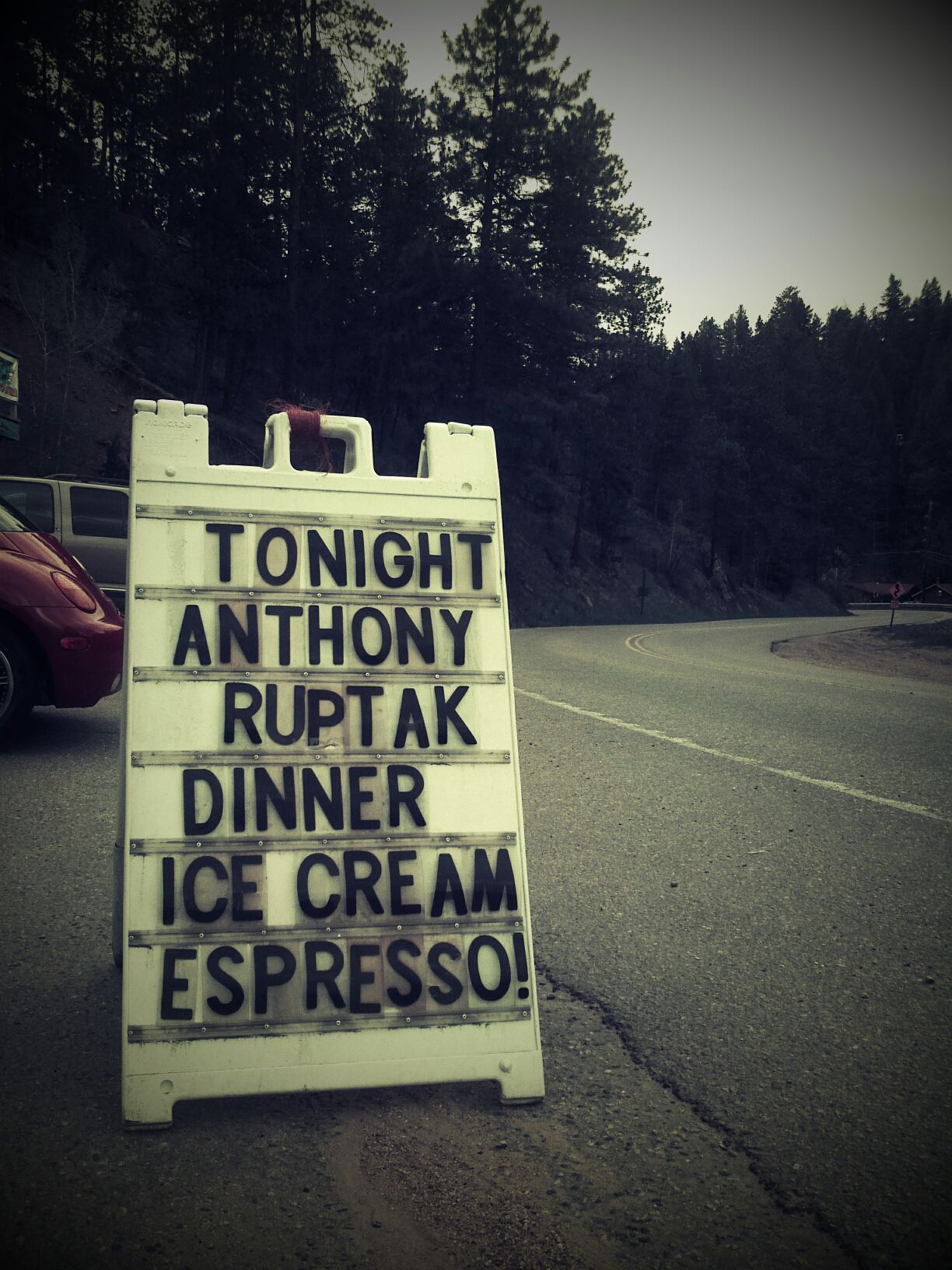 You’ve just released your new record Backrooms. For all of us music nerds, can you tell us about the recording experience and the behind-the-scenes of this record? What was your process like? Do you have any tips and tricks that you consider to be essential to the process?

This record was special, and the whole process was really unique in comparison to my last few albums. My good friend Matt Tanner, out of pure kindness and support of my music, offered to record and engineer Backrooms for free. A “record-of-love” as he put it. We went to a small A-Frame cabin in the mountains of Jefferson, Colorado with an interface, a few mics, and a truckload of instruments. We tracked everything up there over the course of four 17-hour days. We took the raw tracks to GloryBird Studio in Broomfield (Jeff Rady’s amazing home studio) and mixed the record in 3 days. Then the esteemed Mark Anderson came in for a day to master the album. We went from A-Z in ten days which is a little ridiculous and maybe reckless, but couldn’t be happier with what we ended up with.

Tips and tricks – go somewhere isolated with a limited time frame and a vision. Use spatial micing to your advantage. Work with someone who knows your music and respects your ambition, and be open to improvisation. All of the instrumentation on Backrooms was cultivated at the cabin, only the root songs and bass parts had been written down beforehand. Go into it with an open spirit and an open mind and have dang fun. 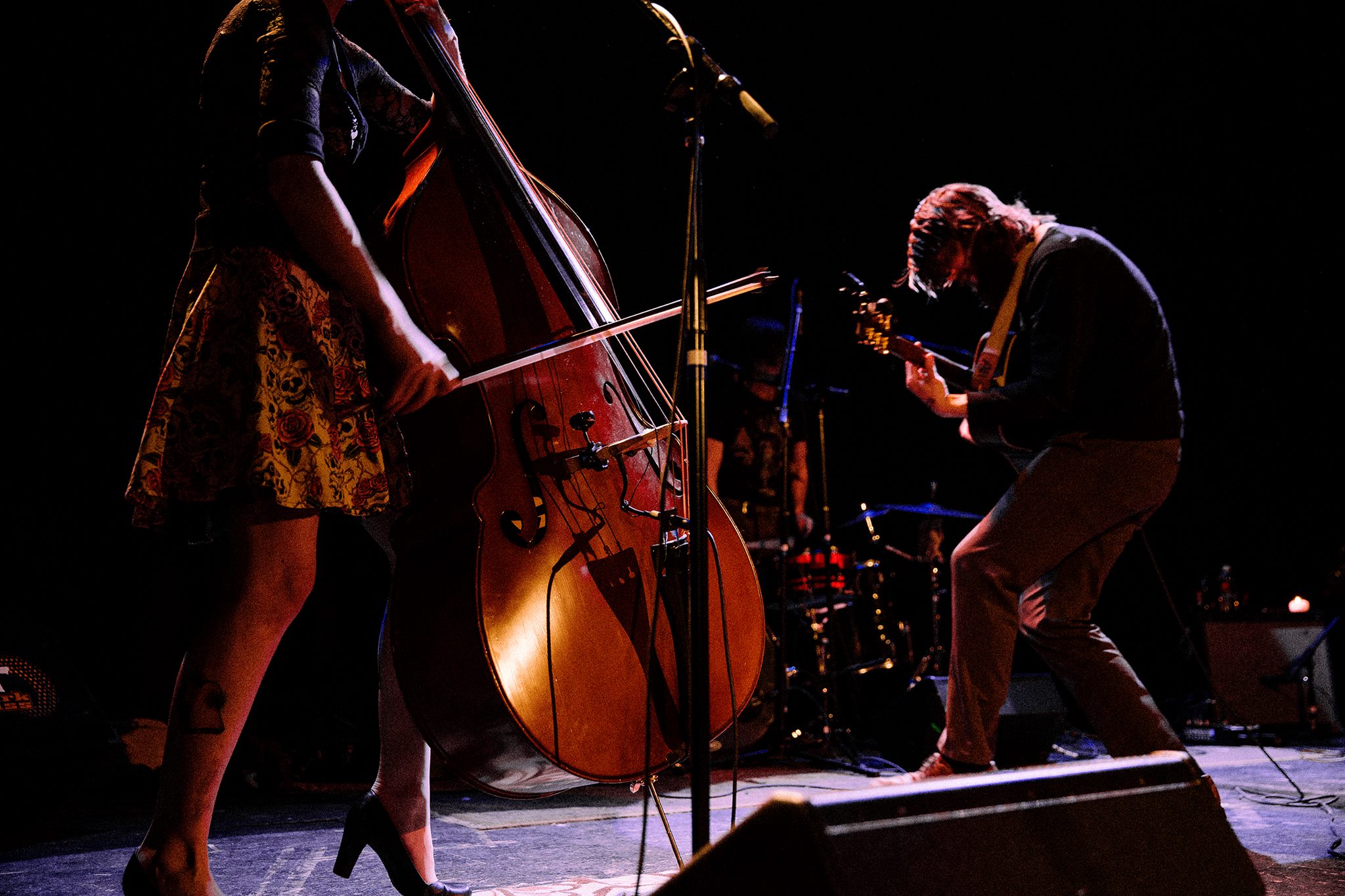 Lyrics have always been my primary focus, which can be a burden. I have a lot of difficulty writing songs when things in life are going generally well. Personal struggles and the darkness of the world are usually my key motivators for writing, which makes sitting down and writing a song just “whenever,” really hard for me. Another challenging caveat is that I typically need to be completely alone for at least two or three days, disconnect from media, and allow myself to listen to myself. Friends have described my genre as “aggressively sad folk,” which is kind of hilarious but not incorrect.

As a long time member of the Denver music scene how would you assess its current state as well as its future?

I’ve always had a love/hate relationship with the Denver music scene, and I guess just the commercialization of music in general. There are many artists that I absolutely adore and admire, many of whom have been treading water here for over a decade. It’s easy to fall out of the loop, become irrelevant, and lose momentum in the wake of the seemingly infinite wellspring of new bands, and it takes a lot of emotional energy to remain on the treadmill. I’m encouraged by the Denver music scene’s recent willingness to support and spotlight Black artists, LGBTQ+ artists, Latinx and indigenous artists. Many of the venues in Denver have been dominated by white artists for a long time, and I would love to see a more communal effort on the part of white songwriters, promoters, venues, and bookers to lift up and support the creativity and vibrancy of those incredible communities of creators. 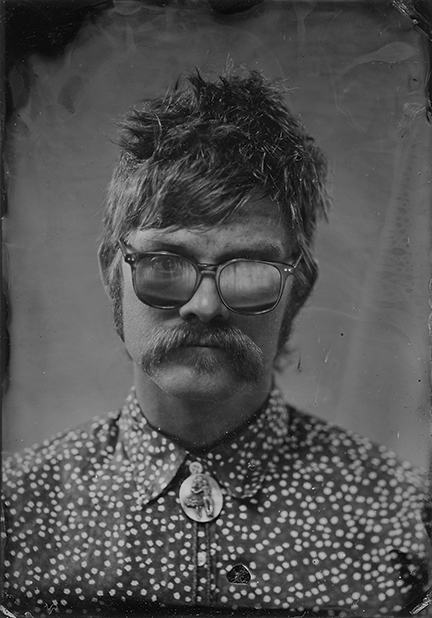 If you had to make a mix tape of bands that are currently inspiring you, who would be on it?

You went sober about a year and a half ago and “didn’t touch your guitar for more than a year.” Can you tell us a little bit about this experience and how you found your way back to the music and making Backrooms?

I had tried quitting drinking a few times in the past decade, and each attempt seemed to trigger some mental clarity that would produce a song or two. When I got sober in November of 2020, it was different. I started going to regular therapy, and my therapist (bless this man) identified that the massive shift I was making in my life was in a way, putting to death my old mind frames, self-loathing, and coping mechanisms, and that a painful rebirth was occurring. Songwriting and drugs and alcohol always went hand-in-hand. I focused all my energy into making positive changes, leaving my dead-end job, and going to school for EMS and eventually becoming an EMT. Once I reached that goal and began working on an ambulance, inspiration started to trickle back in and Backrooms was born fairly quickly. I just had to shift my entire focus for a while until I could find the strength to mend some relationships, and to love and appreciate myself a little more.

One thing people should know about you is that you have been incredibly philanthropic. It seems like you’re constantly sharing your platform with so many great causes. How do you see this as part of what you do and how can we contribute and be a part of it as well?

I don’t do as much as I should, honestly. I need do more, we all do. I think that if you have a platform, whether it be music, poetry, painting, writing, speaking, cooking – you should try to use that platform to advocate for those who don’t have the same privilege and resources. We live in a country full of injustice, hatred, racism, senseless violence and greed – and white artists with an abundance of privilege can do so much to be there for communities who are systemically oppressed and marginalized. So, when you’re booking the bands for your show, or your gallery, or whatever, ask yourself how can you be more inclusive, how can you expose your audience to new artists they may not typically be exposed to and just share the love. Try to build bills that represent multiple cultures, lifestyles and experiences. That’s a way to approach the meaningfulness and vantage of your platform. Also, volunteer with a local non-profit, support black-owned businesses, give money to orgs that impact people’s lives in a real way, dig in to how you can support Colorado-based refugees, and follow activists like Wheelchair Sports Camp and Los Mocochetes.

You’re playing at the upcoming UMS (Underground Music Showcase). Where and when will you be playing and what can we expect from you in the future?

My official UMS slot is at Cocino Taco on Saturday July 30th at 8pm. I’m also playing my friends’ Mountain To Sound backyard “Shindig” at the Barnum Better Animal Collective on July 28th. Come out and say hello! We’ll be playing through most of Backrooms as well as a few fan-faves from my last couple records.

As newly minted fans, we can’t wait to see you live and follow all of your future endeavors! Thank you so much, Anthony, for taking some time with us.