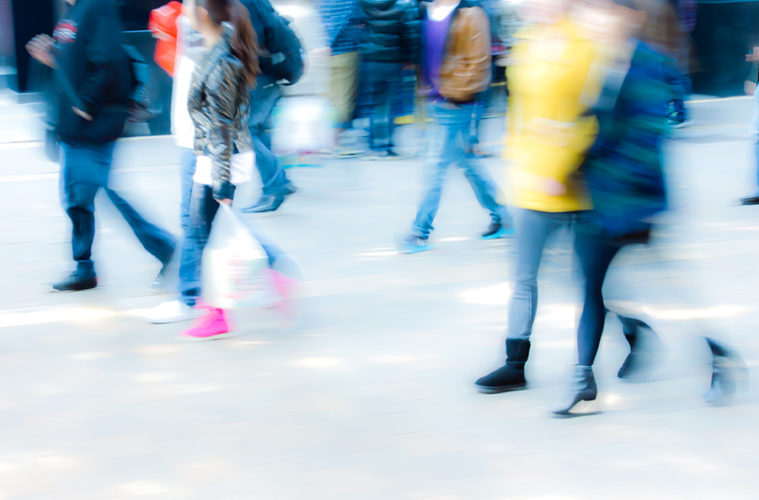 Welcome Home to Merrill, No Matter Where You Are From

My daughter has lived in our craftsman bungalow on the northeast side of Denver’s Washington Park neighborhood since she was two-years-old.  At the time of transition from fifth grade to middle school, her exposure to racism had been limited to bits and pieces she picked up when in the room while my wife or I watched the TV news.  This Wash Park white girl didn’t love or hate people of different skin colors or ethnicity.  She was ambivalent.  She just really did not know the topic existed.

As the school bus approached on the morning of her first day of middle school, her emotions were a combination of excitement and nervousness.  The anticipation of a new year at a whole new school was almost too much to take.  When the bus pulled to the curb, she expected to see other pre-teens just like her ready to get the school year rolling.  The faces on the bus were ready, but they did not look just like her.  They were all the colors of the global rainbow.  Her eyes were wide as she looked up to me for direction.  I kissed her and told her I love her and nudged her toward the open door of the waiting bus.  She walked cautiously up the stairs and found a seat on the very full yellow chariot.  Her three year adventure at Merrill Middle School was officially underway.

Merrill is the home neighborhood middle school for many Wash Park families, and it is a very special place indeed.  Like most middle schools in the Denver Public Schools district, Merrill has hard working and dedicated teachers and staff.  Merrill is in the first year with a new principal, and all indications are that Ms. Christina Sylvester and her teachers and staff are jelling very well.  Middle school is a time of transition from adolescents to early adulthood.  It is emotional, hormonal, stinky, angry, awkward, acne filled and socially uncomfortable.  Body odor, facial and armpit hair and cracking voices make each and every student a potential target of unwanted attention from peers who are themselves trying to avoid attention on their own pubescent development.  All middle schools have that.  Merrill has all of that, too.

What makes Merrill special – what sets this uninspired mid 20th century architecture brick and glass cauldron of hormones apart – is its welcoming torch as Denver’s statue of liberty for eleven to fourteen-year-olds who move to Colorado not from another state, but from another country.  Merrill is the welcome mat for middle school aged non-English speaking students known as ELLs (English language learners).  The light of this welcoming torch is the Newcomer Center.  In many ways, it is the heartbeat of this educational institution.  The Newcomer Center represents the American dream for both financially stable families in the United States here on a work visa, and economically destitute refugees from war torn regions alike.  It is an inspiration.  There are no arguments about the legitimacy of a child’s Denver residency.  The Newcomer Center is not the place for politics and philosophy.  It is a place of action – the hard, challenging work of teaching kids who lack the basic knowledge required to survive how to speak our language and thrive in our society.  But that is just the beginning.  The Newcomer Center does more than that.  It exposes native English speaking kids to new cultures, languages, skin colors and belief systems.  In doing so, all students, regardless of their native language, are prepared for life in the real world in ways they cannot begin to understand as they navigate the treacherous waters of sixth through eighth grades.

The Newcomer Center is a truly magical place because it is guided and directed by loving and caring people like dedicated teachers, Ms. Amanda Miller and Ms. Felicia Tennyson.  The fifty students they teach arrived at Merrill from twenty different countries and speak ten to thirteen languages.  They are not all Latin based languages with similarities to English.  The Arabic languages are read from right to left while many Asian languages are comprised of symbols rather than letters.  For these students, learning English is no small task.  Ms. Miller reports that the factor that most facilitates learning is what all these students have in common rather than what makes them so very different from one another.  They all genuinely long to learn, and the English language – whether it is their first day trying to comprehend it or they have months of familiarity – is their only common language.  Without English they can’t learn anything else.  They learn English to fit in.  They learn English as a key to their survival.

The Newcomer Center at Merrill is home to students for one to two years.  Social and emotional readiness is as important as pure academics for determining when a student is released into the mainstream classes.  The transition to the mainstream is a very carefully handled process that is managed in a cooperative effort between the newcomer teachers and school leadership to ensure the best chance for success for the student.  Still, Amanda says that even when all parties involved – including the student – are confident that it is time for graduation from newcomers to regular classes, it still sometimes feels like nudging a baby bird out of the nest and hoping beyond hope that its wings are strong enough to fly.  Knowing that her stress and worry for her students extends beyond her responsibility for them just shows that Amanda is in the right place doing important work.  She truly cares and the students benefit as a result.

The students in the newcomers program are not the only ones who benefit from the fact that English language learners equal 44% of the student population at Merrill.  The cultural diversity is an immeasurable benefit for all of the students.  I asked both Ms. Miller and Merrill language arts teacher and team leader Ms. Jackie Hesseltine if the vast array of ethnicities and cultures divides or sparks tension among the students.  They both looked at me like they didn’t understand my question.  Tension and division among cultures?  Jackie and Amanda report quite the opposite.  While the school is far from being free of conflict typical of a hormone filled sixth through eighth grade building frothing with puberty and varying stages of physical and emotional maturation, the cultural diversity present actually eases a lot of the conflict.

Both teachers gave similar reasons for the relatively harmonious coexistence of the wide variety of colors, languages and traditions of the Merrill population.  For one thing, there is no such thing as, “us versus them.”  If it was half one color or ethnicity and the other half another color or ethnicity, division and racial tension would be a lot more likely.  There are just way too many places from which the students originated to choose sides and show signs of racism.  Merrill is a melting pot of cultures in the most pure sense.

Students, teachers and leadership at Merrill all take a great deal of pride in the culture they have created.  Many of the students who were born in the U.S. might not realize the enormous benefit of growing up with this wealth of international exposure.  Even if they can’t articulate the benefits of this experience, the students I asked about it know that something special is taking place at Merrill.

Making friends with a kid from Ethiopia, sharing traditional Vietnamese cuisine in the school cafeteria that a classmate’s grandmother cooked at home or even just showing a kid from Congo where the bathroom is on his first day – these are not things a typical American middle schooler gets to do.  Unless that middle schooler is lucky enough to be a student at Merrill where kids that once were tens of thousands of miles apart are now playing soccer on the playground together.

Someday they will understand why that is so special.  In the mean time, we can take pride for them just knowing our little Denver neighborhood is served by a school developing kids with a multi-cultural understanding who will thrive full of racial cooperation and seeing skin color only as an opportunity to learn from someone with a different background rather than a reason to divide.  Merrill Middle School teaches math and science and language arts and many other subjects as well.  Maybe most importantly – maybe now more importantly than ever – Merrill teaches tolerance and love.  The bus is at the stop, the door is open and there is always room for one more no matter where you are from – at Merrill everyone is welcome on board.