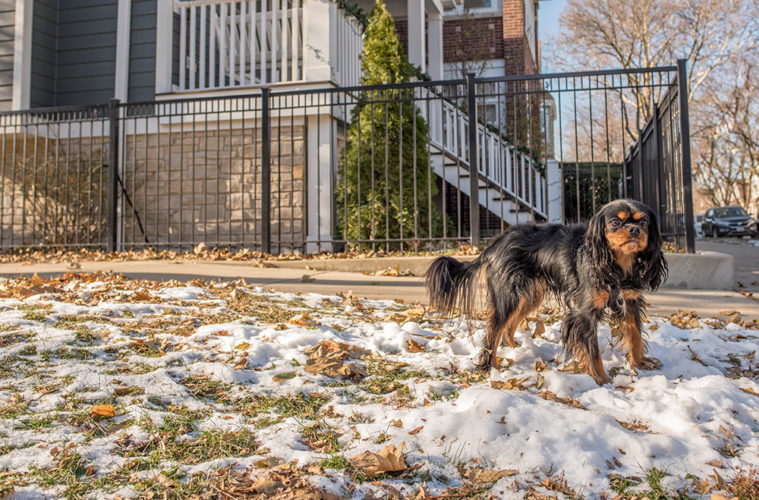 OVER THE WINTER: FIVE WAYS TO PREPARE YOUR LAWN FOR SPRING

Get out your rake to perk up your grass after its long winter sleep. Jumpstart your lawn resuscitation as soon as the ground defrosts, and you’ll avoid a muddy disaster zone later — not to mention ignite your neighbors’ envy.  Here’s what to do:

“As soon as you can stand being outdoors for an extended period of time, see what hand you’ve been dealt by Mother Nature,” says Missy Henriksen, vice president of public affairs for the National Association of Landscape Professionals.

Case your property for thrown branches, dead leaves, and other debris. Clear it away so you’re able to do a general inspection of your soil, lawn, trees, shrubs, and garden structures. See what grass is coming back – or not. Get rid of broken tree limbs; call an arborist if they look dangerous. Now’s the time to take stock and make a plan.

#2 Rake and Wake Your Grass

Just as you like to hunker down on those dark winter days, so, too, do your grass and trees. “As soon as the snow fades, vigorously rake that grass to wake it up and begin to get it to grow,” says Walt Nelson, horticulture program leader for the Cornell Cooperative Extension in Monroe County, N.Y.

Rake out areas of thatch – dried, dead grass that can be thick and deep. If you don’t, thatch will keep oxygen and sunlight from other plants and grass. Check for fungus and mold growth. Don’t worry if you run across “snow mold” – a pinkish or gray web over matted blades of grass, or possibly just a slimy brown mess. Despite its name, it’s rarely serious. Gently rake it out and it will dry. “You’d need 100 consecutive days of snow for snow mold to kill the grass,” says Tony Koski, extension turf specialist at Colorado State University in Ft. Collins.

Finding a lot of crabgrass out there? It’s decision time. Will you avenge the scourge? If your crabgrass is out of control or you’re just hell-bent on getting rid of it, here’s what you need to know: Preventing crabgrass is all about timing. You want to nix the nasties before they start germinating. You need to use a pre-emergent crabgrass control before the soil temperature hits about 55 degrees and the crabgrass begins growing.

“But most people aren’t walking around with thermometers to measure their soil’s temperature,” Koski says. “Blooming forsythia is a good indicator you should put out your crabgrass preventer. That will be a different time in Michigan than in Virginia.”

You can choose a toxic or an organic pre-emergent such as corn gluten meal, but understand that with the organic, Nelson says, it will take two to three years of applications to be effective.

Oh, and if you’re eager to get seeding, note that you can’t put out grass seed until at least eight weeks have passed since you applied crabgrass control.

Move on to trees and shrubs as the world defrosts, but the garden is not yet growing. “Trim out the dead, and it’s off to the races on another growing season,” Nelson says. “You can do the shrubs on your own, but if you’re concerned about trees, hire a professional.”

The important thing about trimming is to “be careful about trimming growth,” Henriksen says. “You want new growth to get healthy enough to sustain itself in case of a second cold snap.” For flowering shrubs, wait until flowers bloom so you don’t cut off limbs that will be producing flowers or fruit.

#5 Don’t Forget the Mower and What-Nots

Winter is hard on other garden elements. Henriksen recommends making sure your irrigation system works properly, and checking to see if there’s damage to any garden lighting. Fix broken or damaged patio furniture and any wooden structures. Even clean off and refresh your deck once it’s warm enough that power-washing won’t create a deck ice rink.

Don’t forget to tune up the lawn mower and string trimmer. Clean, sharpen, and oil your pruning shears so they’ll be ready when the temperatures start to rise.

Prepping the yard won’t be just a single weekend event, but if you get the heavy lifting out of the way early, it won’t be long before you’re leaving your socks and boots behind, and feeling the warm, soft grass between your toes.