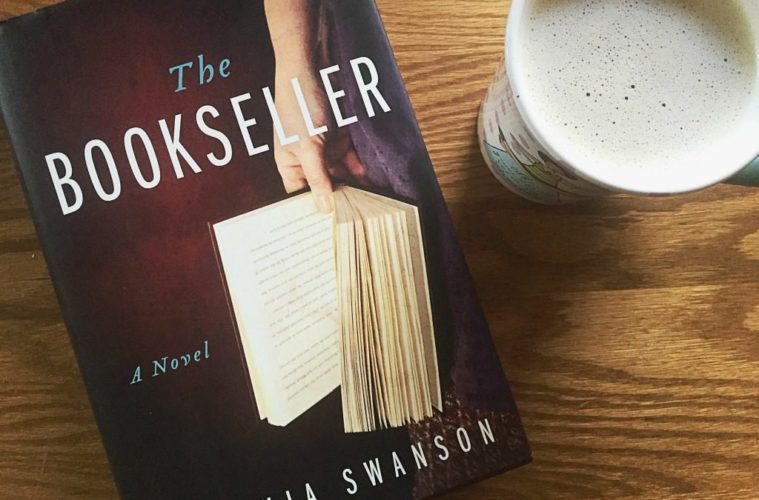 “You’re going to want to sit down for this.”  Those words serve as a prelude to so many different situations.  The news can be good or bad, anticipated or shocking, hoped for or dreaded.  When Peter Swanson received a call from his wife while he was at work in the summer of 2013 and heard those words on his cell phone, he wasn’t taking any chances.  He did not make it back to his desk before taking action.  He sat down right where he was.  Peter braced for impact in his professional work attire by plopping down on the office hallway floor.  In this case, the news was good – very good.  Peter’s wife, Cynthia, had sold her book.  She was turning a life-long passion for story writing into the beginning of a fiction writing career.  Cynthia Swanson had sold The Bookseller to HarperCollins.  Cynthia Swanson was turning pro. 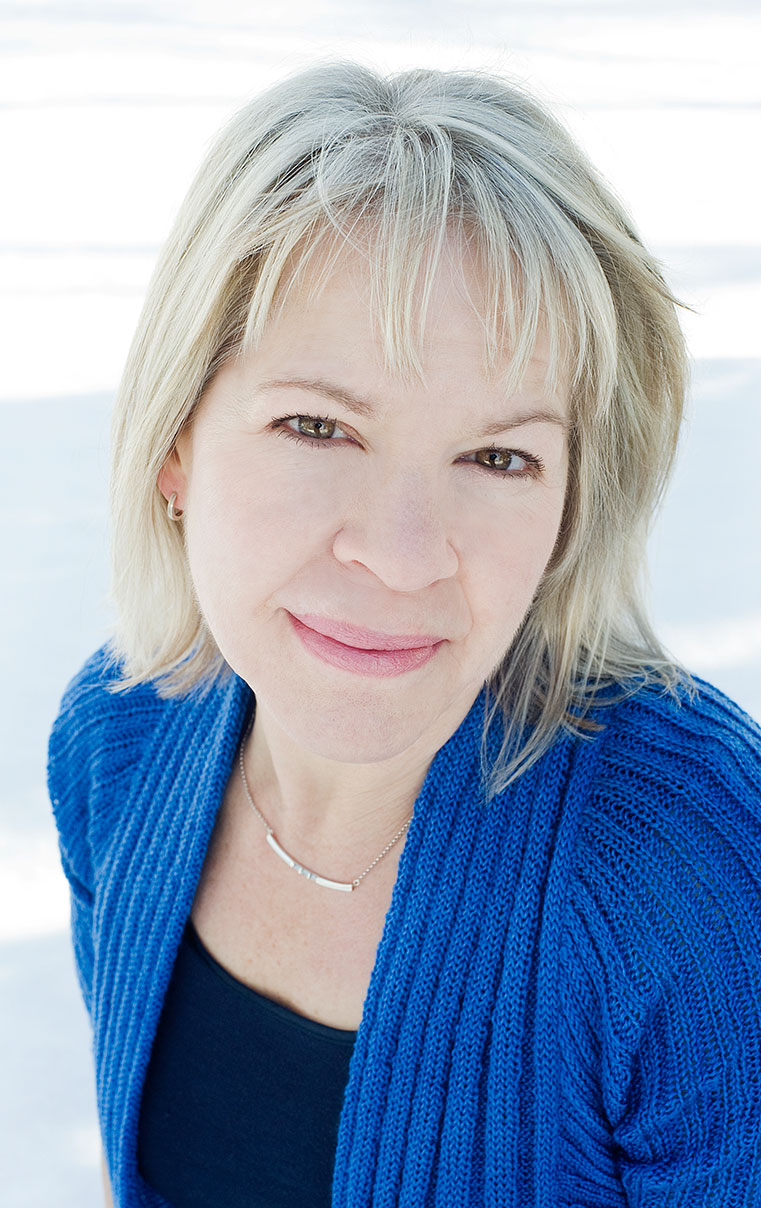 Living on the southeast side of our Wash Park neighborhood in the echo of the football stadium public address speakers of Denver South High School, Cynthia has long struck me as being a little out of the ordinary from the other Steele Elementary moms.  She has an edge to her – an independence that makes her comfortable matriculating within the Wash Park stereotypes while clearly marching to the beat of her own drummer.  I remember an end-of-school-year party Cynthia and Peter hosted when her twin boys and my oldest son ended their third grade year.  She served and drank gin and tonics.  This is Wash Park.  The moms drink wine –  chilled white wine for a summer afternoon party – and the dads drink bottled beer from a cooler in the backyard.  Gin and tonic?!?!  It struck me as odd as I dove into the community cooler for my third dad beer of the afternoon.  These are the things I notice as I have a very tumultuous relationship with alcohol and am often very unnaturally aware of what others are consuming.  How very 1960’s of you, Cynthia.  Just like your throwback old-school mid-century refrigerator.  Isn’t there a neighborhood covenant about those things being stainless steel to match all of the other stainless steel appliances?  Is your refrigerator beige or avocado?  I can’t remember these years later.  What’s up with all the uniqueness – not for the sake of trendiness – but because you like it?  Who let you live in Wash Park?

It strikes me that Cynthia’s personal style and uniqueness is central to her development into a novel writer.  We have lots of small business owners in Wash Park.  I should know as my family runs a small business as our source of income.  There are many of us.  Cynthia is one, too.  But a novelist?  How nonconformist!   No bricks and mortar.  No lease payment or payroll to make.  Cynthia is making a living as a creative (you might be picking up on a tinge of jealousy here).  Shop owners work hard and contribute to the community.  Novelists are entertainers who spin fantastic tales and allow readers to forget their worries for a while and get lost in suspenseful stories.  Novelists meet famous people.  Novelists become famous people.  Who knows where Cynthia’s story will take her.  I know it is pretty cool to have a professional fiction writer as a Wash Park neighbor.

What a drastic change from her previous professional career.  Cynthia was a technical writer putting together user manuals for software companies.  The only thing in common between writing software manuals and fiction novels is the alphabet.  A career publishing dry, tedious user guides hardly prepares a writer to create page turning, pulse racing, suspense riddled fantasies to which a reader can escape losing the ability to put the book down.  A well written fiction novel is something to be cherished and devoured while the plot unfolds and the characters become beloved friends and disdained enemies.  A well-written software manual is, at best, the only thing keeping its reader from going “Office Space” on a company owned printer and jamming an envelope opener into one’s own eye.  Or so it seems.

Cynthia tells a different story pointing out the similarity between these two forms of writing and explaining how technical writing prepared her for a career in fiction novels.  In both cases, the writer’s success absolutely depends on her ability to put herself in the shoes of the reader.  A piece of software cannot be coherently navigated without an understanding of the starting point and mindset of the user.  Likewise, suspense cannot be created and drama developed without walking slowly through the process as though the writer is experiencing the story for the first time.  In both cases, the writer must lead the reader from point A to point Z without skipping any of the points in between.  Detail is required.  Nothing can be assumed…Cynthia knows what assuming makes of “u” and “me.”

The process might be similar, but the results are worlds apart.  That last paragraph, for example, simply by the mere mention of technical writing is the most hideously boring set of sentences I have ever strung together.  Cynthia’s first published novel, The Bookseller, however, is a breathtaking escape to our own Wash Park neighborhood from a few decades back in time.  When I read The Bookseller in preparation for this article and my interview with Cynthia, I expected to have to struggle through a “chick book.”  While Cynthia herself admits the story resonates more readily with female readers, I found myself drawn into its pages until I reached the point where I could not stop reading.  “Sleep be damned – just one more chapter before I call it a night!”

The story takes place in the early 1960’s and is written in a style called historical fiction.  Cynthia has a particular fondness for the innocence of this pre-Cuban Missile Crisis and Kennedy assassination period.  Her love of mid-century design from architecture to cars resonates through the pages of The Bookseller.  Historical fiction is a particularly fitting genre for Cynthia as she reveals that the research is her favorite part.  Moving the setting for this story from present day to the early 1960’s was as much for her pleasure as it was a necessity to make the plot work.  You see, today’s technology would not allow for the possibility of the “missed moment” that is so central to the gripping nature of The Bookseller’s suspenseful journey.  While I am dying to tell you what happens, it is hard for Cynthia the entrepreneur to sell books if I give the plot away, so I agreed not to do so as a condition of her granting me an interview.  Add The Bookseller to your summer reading list (having a summer reading list is a very Wash Park thing to do, after all).  You won’t be disappointed unless you hate being thoroughly entertained while learning about our neighborhood, our city and cultural norms from half a century ago.

It has been a decades long journey from a creative writing elective during architecture school when her professor urged Cynthia, “Don’t stop writing!”  The Bookseller is actually Cynthia’s third novel.  Her first attempt was written when she was in her 20’s.  She looks back on it now as practice more than anything.  She tried hard to publish her second book only to find career and motherhood (which she cherishes) taking priority at that stage in her life.  Now that she has tasted historical fiction success and finally published a book, Cynthia’s career is flourishing.

Her second to-be-published novel, named The Glass Forest, will be released in February.  Set in a fictional 1960’s suburb of New York City, it is the story of a young bride married to a much older man; the bride tries to parent her teenage niece whose father commits suicide at the same time that her mom disappears.  That tantalizing preview means only one thing for me.  I had better get ahead on my sleep in January because I am looking at some long nights with my bedside light on once The Glass Forest hits the market.

With her novel writing career blossoming, Cynthia made another announcement days after I interviewed her for this article (in fact, I am astonished by her self-control as she did not even hint about her exciting news during our two hours together…yet another glimpse into Cynthia’s unique style and manner).  The Bookseller is being made into a movie produced by and starring Julia Roberts.  The project is in the early stages, so the timing is not yet defined.  This is one coming attraction that we can proudly boast has the setting, the plot and the based-on-novel writer originating from our own Wash Park neighborhood that we will surely not want to miss.

I am proud to know Cynthia Swanson.  As someone who myself sometimes feels like I am just muddling through life and trying to do my best, I was eager to hear her response when I asked her what it feels like to have things so clearly on a defined path.  “I am the mom of 13 year-old twin boys and a 10 year-old daughter.  Nobody has life figured out, but I am glad to be doing what I want to do.”  We, Cynthia’s loyal readers and fans, are glad she is doing what she is doing, too.  And she is doing it like a pro.