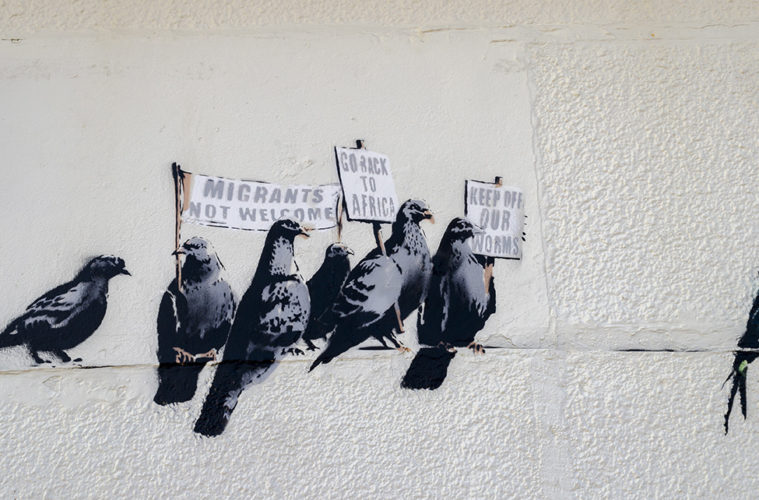 Her name was Heather Heyer. I don’t want to remember her just as, “That girl who was killed in Charlottesville.” I want to remember her name. Her name matters because words matter. At least that is what I am learning. Starting from a place of such ignorance, I have a lot to learn.

Two months ago, I truly thought there were, like, twelve Nazis left in America. The morning of Saturday, August 12th, I had the news on in my kitchen while I made breakfast for my family. I was surprised to see CNN covering a white nationalist rally in Charlottesville that was about to take place. I thought, How could a dozen inbred skin-heads warrant national news airtime? When I returned home that afternoon and turned on the TV to find a major college campus and the surrounding town engulfed in hatred and violence, I was horrified and completely shocked. When I saw the act of domestic terrorism that took the life of Heather Heyer, I could not believe my eyes. Not in 2017. Not in this country. 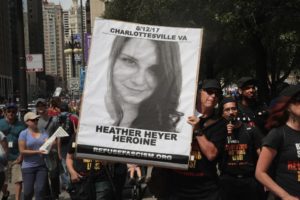 When I told my editor I wanted to write this article, she warned me that expressing shock about the pervasive existence of racism in this country would make me look ignorant. That’s exactly the point. I was ignorant. In my sphere of existence living and working within a couple of miles of Wash Park, bigotry and intolerance appear to be nonexistent. I coach soccer at South High School. We have over a dozen nationalities represented on our soccer teams with students from many other countries throughout the school. I report to a head coach from Libya and work alongside many black coaches. I have witnessed zero tension among students or adults along racial lines. This is 2017. It is simply not an issue in my world. I play soccer in an old-man’s league with lots of Hispanic and Asian players. The only difference I notice between most of them and me is that they are a lot better at soccer. My world is a melting pot. The clamor about racism in this country is a politically-driven exaggeration. At least that’s exactly what I thought.

I also thought white privilege was something old, bald, rich men enjoyed in closed-minded country clubs. I didn’t realize I enjoy it everyday, too. I was pulled-over for speeding on Federal Boulevard a year or so ago. The cop didn’t even bother to look at my driver’s license. He asked me why I was going so fast, asked me to slow down and sent me on my way. Was that cop a nice guy, or did I not fit the profile he was looking for? Was that white privilege?

On a cross-country drive this past May, my family stopped for gasoline just West of St. Louis. While I pumped gas, my family went inside the convenience store to use the bathrooms. As I waited for the tank to fill, a black police officer pulled to within ten feet of my car and watched me. He was not being covert. He wanted me to see him staring at me. When I finished fueling and joined my family inside, every head turned and looked my way. There were a dozen or so black faces staring at me. Everyone was friendly and the refueling and bathroom mission was a success. As we pulled away, my wife went to the map and noticed we were in the next town over from Ferguson. There was no hostility, but there was racial tension. The cop was absolutely there because of me, but was he there to protect me or to deter me? Again, my ignorance is on full display because I don’t know.

I don’t know why the officer was there, but his presence mattered. Words matter. The Black Lives Matter movement has been saying that words matter for years. When others have said in response that, “All lives matter,” I agreed with them. All lives do matter. I didn’t get why having the courage to say, “Black lives matter,” mattered. I didn’t understand while I ignorantly basked in my white privilege. When racism did not affect me, saying the words didn’t seem to matter. Those words sure do matter to people facing racism in America in 2017. If those specific words matter to my fellow Americans whose goal is liberty and equality, they should matter to me because I share those values.

Calling Nazis, white supremacists, and KKK members vile, repugnant hate-mongers who deserve no place in our society is so easy to do even children understand the need to do it. Using those words matters. The venomous evil of these hate groups is so obvious that it affects us all. What was far less obvious to me as I lived a life full of perceived racial harmony was that if hundreds of Nazis were willing to march in public in Charlottesville, there must be many thousands who agree with their values and lurk quietly in the shadows. It is said that if you see a cockroach, there are probably thousands living in your sewer pipes, out of sight.

More and more of the cockroaches are climbing out of the sewers and into the light of day. How horrifically ironic that by electing a black president, a moment in history that was so glory-filled it brought tears to the eyes of millions of Americans, we poured fuel on the simmering fire of racism and emboldened the haters to hate more openly. I don’t want to get into politics, but not out of fear of offending one side or the other. I don’t want to get into politics because racism is not a partisan issue. The rejection of racism is one of the last things that unites us all. At least, I used to think we were all united. It is now painfully clear that the dark underbelly of America is alive and well and now rolling-over into the open.

For me, it is time to say less and listen more. It is time for me to stop passing judgment about things I hear in the news about events in far away lands like Missouri, and feel compassion for the pain of grieving families. This does not mean I think cops are bad. To the contrary, I continue to believe almost all police officers do an impossible job with courage I could not begin to muster. But just because they are doing their jobs with bravery and according to the proper police policy does not mean the tragic outcomes we read about in the news don’t result in loss and intense pain for groups of people who fight to be treated as equals everyday. Actions can be right and justified and still cause a whole lot of pain. It is time for me to wake-up and understand that.

I exchange a wave and a smile with a black football coach and feel proud that I am not a racist. It seems my actions aren’t accomplishing much, because racism is thriving in America in 2017. It is time for me to do more. It is time for me to lift my own veil of ignorance. It is time for me to listen and learn and feel the pain of my fellow Americans. If the words my brothers and sisters use confuse me or seem unnecessary, it is probably because the white privilege I am oblivious to obscures their problems and struggles from my view. It does not mean racism doesn’t exist just because I can’t see it. It just means I need to open my eyes a lot wider.

I have a high-school aged daughter. In a couple of years, she will likely be living on a college campus that looks a lot like the University of Virginia. If she tells me she is going to a rally to counter-protest racist groups that are marching on her campus, I will be very proud of her. If she tells me she got arrested because she got swept up in violent resistance against racism, my chest will swell with pride for her actions and her values.