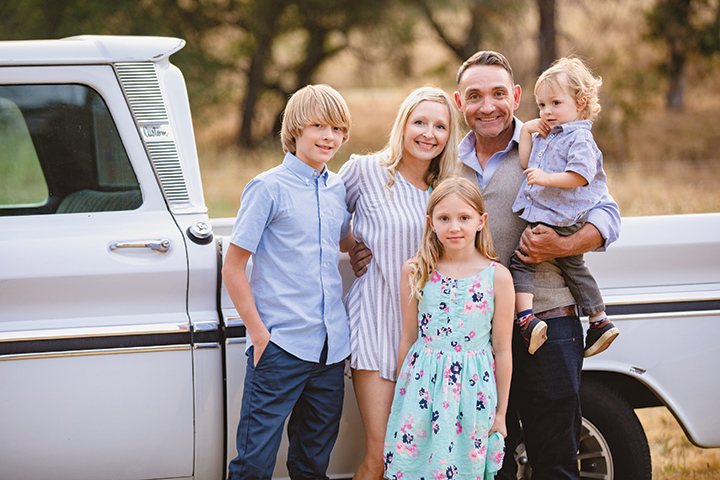 This month our neighbor, Jamie Gehring, gives us a glimpse into the life of her former neighbor, none other than Ted Kaczynski, the Unabomber. Her upcoming book, Life With Ted K, deals with growing up on her family’s ranch and how living next to a serial killer affected them. The work explores domestic terrorism and delves into why Jamie and her family never suspected Kaczynski to be the Unabomber or noticed the now-obvious signs until so much later. In addition, it’s a close look at the workings and ideas of her hermit neighbor. Jamie looks deeply at how great kindness and extraordinary cruelty can subsist in the same personality and how the beauty and solitude of nature can nurture a healthy person, while cocooning a sick one.

Through her research, Jamie has discovered that her late father was pivotal in the capture of one of the darkest and most enigmatic criminals of our time.

“My dad’s gone now. Telling his story is a driving factor behind my writing of this book. For a time, he was the eyes and ears for the FBI in their surveillance of Ted,” she explained to Shaleen and I at Fooducopia, where the three of us recently met for breakfast.

JG: A friend recently reminded me that not everybody remembers Ted’s crimes. He holds the distinction of being the longest running domestic terrorist in United States history, and the investigation into his crimes is the most expensive FBI investigation ever.

SD: When was he your neighbor?

JG: He and his brother, David (who eventually turned in Ted to authorities), bought a small, 1.6 acre parcel of land on my family’s ranch near Lincoln, Montana. My grandfather would sporadically sell off land on the fringes of the ranch when he needed cash flow. One day, Ted was driving through Lincoln to visit his brother, who lived in a neighboring town. Ted stopped at a real estate office there, and he asked about land for sale that was isolated, and they had my grandfather’s listing. The brothers bought it in 1971 and later built a small structure.

SCD: Were your father and Ted friendly? Did they have beers together?

JG: They were, in the beginning. While Ted was building the structure (David would help during his visits), he approached my father to get help with hauling lumber. My father and Ted ended up bartering and trading services. Ted did some work around our house. This continued for about three months. When I was born in 1980, this mutually beneficial, amicable relationship was unfolding. At that time, I think that Ted was putting on a front as a normal neighbor. Not only were my father and he trading services, but they had dinner and played cards at our house. Ted held me as a baby and would bring me gifts when he came over. I mean, obviously he was a hermit, and he looked and smelled like a wild man, but he seemed like a neighbor similar to many other neighbors in rural Montana, who chose to live life independently and off the grid.

After the jobs were finished, he kind of disappeared for a while. I remember my parents arguing about who would go to check on Ted after the long, cold winters. His cabin was small – about 10 feet by 12 feet – uninsulated, with a potbelly stove and no ventilation. There was soot everywhere, and no running water nor electricity.

SD: Wasn’t he a mathematician?

JG: Yes, he went to Harvard on a scholarship when he was 16. That is a significant facet of Ted’s life. It has been discovered that while he was there, he was a subject in a psychological study directed by Dr. Henry Murray that experimented with interrogation tactics. All of the students were told to write their life philosophies, political views, and ideas that they were passionate about. Then the experimentors would belittle all of their ideas. It was so sad for Ted. He utterly lived through his intellect. He didn’t have social connections or a love life: all of his self-worth and confidence was rooted in his beliefs and that was completely torn down. Now, there is debate about whether through that study the system created a serial killer.

Another significant life event occurred when Ted was a baby. At nine months old, he developed a horrendous rash, and he was admitted into the hospital. At that time, parents were not permitted to stay in the hospital with their children, so Ted was isolated and restrained so that he couldn’t scratch the rashes. His mother explains in interviews that when he first went into the hospital, he was a normal, healthy baby, meeting milestones and everything, but that as the days progressed, he became lethargic and almost catatonic. When they brought him home, he had trouble bonding: so I think that he was set up for issues later in life.

Looking at what happened to him during his three-year participation in psychological experiments, and earlier, during his hospital stay as a baby, perhaps it is somewhat easy to see how the trajectory of Ted’s life changed. Not to justify his actions as a serial killer by any means. It’s just that for me, I wanted to understand the possible causes of Ted’s later antisocial behavior.

SD: How many people did he kill?

JG: He killed three. Ted sent numerous bombs throughout the years (1978-1995), and he was attacking anyone connected to industry and technology. Professors received bombs, the owner of a computer store. . . a computer scientist as well. Often a secretary would open the box.

JG: He is at the Supermax prison in Florence, Colorado.

SD: Is he allowed to have interaction with anyone?

JG:  I don’t think so. Supermax is surrounded by the Rocky Mountains, but he cannot go outside. His recreational time is spent in concrete. I think that was probably intentional on the part of law enforcement.

SD: In a way that is kind of heartbreaking.

JG: It is a tragic story all around. Because the terror that he caused: killing people, maiming people – that lasts forever.

JG: Yes. As I have gotten to know David, I am struck by what an amazing human being he is. He is a Buddhist and he volunteers as an anti-death penalty activist. He has moved through this experience with grace. He always loved Ted. They were close until their later adult life when Ted became more and more disturbed.

When the Unabomber Manifesto was published, Linda, David’s wife, read it and said, “Oh my god, this sounds like Ted.” So she went to David and said, “You have to read this. It sounds like your brother.” The hair on David’s neck raised. He agreed. They actually hired an investigator in order to eliminate Ted as a suspect, however, rather than disproving Ted’s involvement, the investigator ended up finding more evidence against him.

David and Linda had to go to the FBI and David had to turn in his own brother. David was hounded by the press as he was grieving his brother.

SCD: How does Ted feel about David?

JG: Ted hates his brother. However, Ted has a mental illness and even before his arrest he wrote horrific letters to his family and isolated himself from everyone.

SD:  I wonder what Ted’s thoughts are about where we are now with technology and the ideas surrounding mind control?

JG: That is what I’m getting to now with my correspondence with him. He was arrested before everyone had cell phones in their hands. The world has changed in leaps and bounds since his arrest. He wouldn’t even recognize some of the technology that we use now. He does not have internet access, for example.

SCD: Has the Unabomber affected your writing style? Are there any quotable moments in your correspondence?

JG: Ted is an academic writer. He is not poetic . . . well, maybe a little bit when he describes nature. It is obvious that he is completely detached from other people. He is straight-forward, not emotional nor sentimental.

One ironic comment that he recently made to me was that the book that he has written in prison is for sale on Amazon (laughs). This coming from a man who rails against modern technology.

In writing this book, I hope to provide a unique and vivid perspective on Ted Kaczynski. I want to shine a light on the tragedy of his life. I have only rewritten it three times! Hopefully, it will be on bookshelves by this August.

Thank you for sharing, Jamie! We can’t wait to read your fascinating memoir and character study.