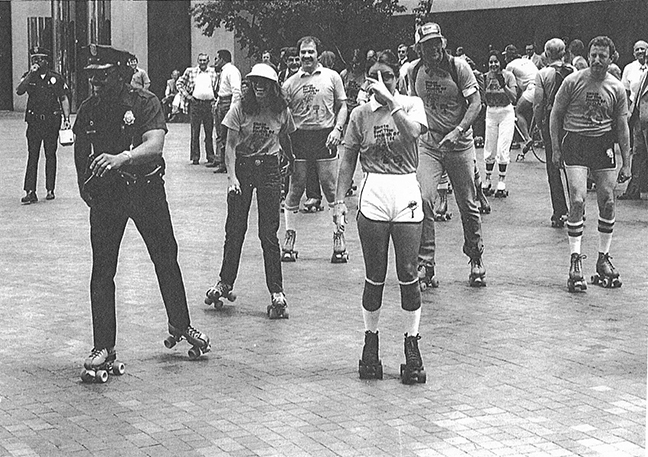 IT’S A WONDERFUL LIFE WITH VONNIE

It was 1972 and the local radio station was belting out hits like “Saturday in the Park” by Chicago and “Lean on Me” by Bill Withers. In Colorado the Eisenhower tunnel hadn’t even opened yet, but The Godfather was playing at The Cooper Theater and M*A*S*H was premiering on television. Between Carly Simon and Carole King, women were dominating the Grammy Awards and Gloria Steinem’s Ms. Magazine had just made its debut on newsstands.

Meanwhile in Wash Park, Vonnie Wheeler was a single mother of four young children when she was driving down Franklin St. and spotted a home with a For Sale by Owner sign in the yard. Trusting her instincts, she pulled over, knocked on the door and site unseen, said “I’ll take it.”  She purchased it for $15,000, so let’s just say, her instincts were correct. This in and of itself is all you need to know about Vonnie. An independent woman from day one, she has always trusted her instincts and has lived her life on her terms. Which for Vonnie means, leading with her head and her heart and not taking anything for granted. 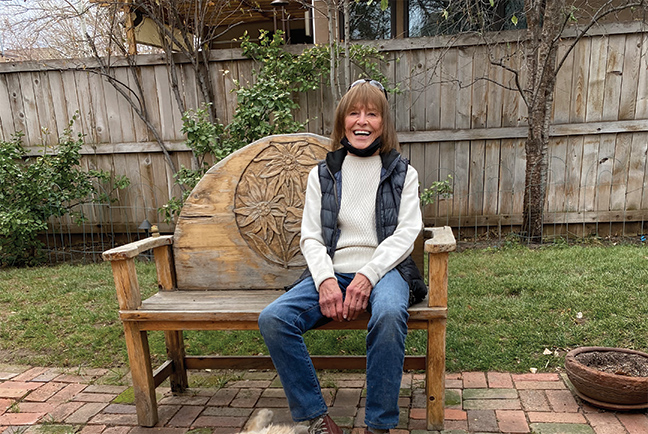 But let’s circle back, when we started this magazine in 2017, not one, but four people mentioned Vonnie and said she’d make for an incredible “Meet Your Neighbor” story. And let’s just say, we’re sorry it took us so long.

Earlier this month we walked over to her beautiful home and we were instantly greeted by her adorable dog Murphy, followed by the sweetest woman you’ll ever be lucky to meet, holding coffee and croissants. Vonnie didn’t waste any time in getting down to business. We visited for more than two hours, but let me just say, that I could have stayed the whole week to listen to her stories.

We started our interview with a masked tour of her home. Every detail was delightful, but the homemade patio out back was one of our favorite details. “I wanted to put together a patio with bricks from historic buildings of Denver. So each night after I got home from work, I’d gather the kids and we’d go to building sites and take bricks from the discarded pile.” This patio is rich with history, as it holds a million stories all on it’s own. She even found an old hitching post for horses on one of these evening treasure hunts.

Vonnie is anything but boring, and this was made abundantly clear when she directed us to her woodworking shop in the back yard. She showed us her beautiful work, which ranged from wood carvings to paintings. Her work space is well lit and full of homemade treasures. But our favorite detail was the image of her with her children, and their German Shepherd who was a multi-territory frisbee champion and she even has his old frisbee hanging on the wall. This along with the framed portraits of all the dogs she’s ever owned in her living room, told us we were dealing with a serious dog lover, so obviously we became instant best friends. You’ll have to ask her about her dog Sonny who lived for 22 years. Sonny was rescued by her brother when he broke into an animal testing site in Denver and hid the pup under his hat.

But the real bread and butter of Vonnie’s story is that she raised four kids on her own during a time when her friends were scoffing at her choice to stay in Denver when they all ran for the suburbs. She started as a window designer dressing mannequins in the windows of MD&F downtown, before she landed her job at First National Bank of Denver on 17th and California (Now Bank of the West). It was here that she was able to let her talents shine in her role as VP of Community Relations and Fundraising. Vonnie was immersed in a male dominated world, but didn’t let that stop her. She initiated a roller skating fund-raiser which made it into People magazine and even used her charm to get Mohamed Ali to pay a visit to the bank courtyard.

After the bank, she found herself at DU, heading up a program called OLLI (Osha Lifelong Learning Institute) and the program lives on today, and is now known as Vibrant Intellectually Vigorous Adults. This makes sense, as Vonnie is a lover of learning. She instilled this passion in her own children, and one of her daughters is a well known and beloved teacher in the Boulder school district.

Vonnie is the kind of mother we all strive to be. Especially us working moms who struggle to find the time and energy to have fun with our kids in the spaces in between.

Vonnie lived for her children and every evening after work, would take them to Wash Park to explore. They grew up hunting for crawdads, taking wind surfing lessons on the lake at Wash Park and  skiing every winter. Her daughter Amy was a Warren Miller skier for many years. Vonnie headed up the Annual Ski Racing event benefiting the disabled, and was provided with ski passes to Winter Park each year. It was this very passion project that even led her to meet Clint Eastwood at one point. But that story is for another time.

Her love of nature and her city rubbed off on her children, and they even started a program lovingly called Friends of Washington Park. She and her daughters started this in an effort to keep the park clean. Being born and raised in Denver, her dad was once a lifeguard at Wash Park in the 20s. So her love affair with the park started at an early age.

Vonnie has stories for days and you can see her eyes light up when she recalls taking her children to ice skate on the lake at Wash Park. She was more than willing to offer us a glimpse of the neighborhood before it came to be what it is today. For example, Starbucks on Alameda and Downing was once a Middle Eastern Market, before it turned into an antique store and was painted pink. Our point is this, Vonnie is a Denver treasure and we hope you are lucky enough to meet her one of these days and give her a thank you for giving our neighborhood charm and character.