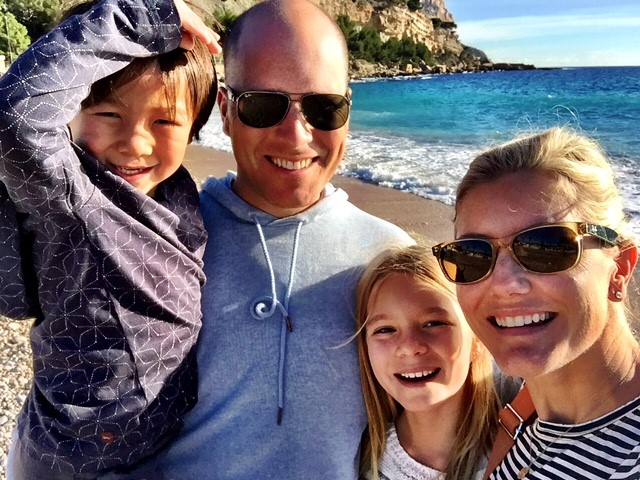 BILLY WYNNE FOR THE WIN!

Billy, we have been inspired by your research and insight for a stable and affordable health care system and your wealth of knowledge is inspiring. How did you become a Managing Partner for a health policy division of Washington-based government affairs?

I had an interest in public policy and in a non-traditional legal career, so after graduating law school in Virginia we moved to Washington, DC. I was fortunate to get a job with a firm that had a large policy practice. This was just after the Medicare prescription drug benefit started, so the health care group was especially in need of help. That became my avenue into the field. I was also attracted to health care because it provides a lot of opportunity for service in the public and private sectors.

Later, through a confluence of very “DC” factors (luck, friends of friends, timing, etc.), I got the opportunity to work for the U.S. Senate Finance Committee, which has jurisdiction over most Federal healthcare programs. That was the job that really set the trajectory for my career. I got to see the policymaking process from the inside and tap into some of the best and brightest minds in the space.

Now I get to work with a team of great analysts and advocates. I do have to fly to Washington quite a bit but when I’m here I mainly work from home, so it’s reasonably balanced.

When you are not traveling for work or blogging about logical health care support for Americans, how do you spend your free time?

Probably the next biggest thing is rolling around on the floor with my kids, or playing with them in the backyard, heading to a game or event, helping out at their school, etc. We do a ton together as a family, including travel and skiing. My wife Christy and I also love seeing live music. Sometimes our tastes overlap, sometimes not, but that’s the main venue for me to catch up and unwind with friends.

You are a world traveler, but have decided to make roots in Wash Park. What drew you to Wash Park and Denver? When did you move to the neighborhood?

My daughter was born in DC two weeks before I started my gig with the Senate. It was at about that time that Christy, who was living in Denver when we met, and I decided this was where we wanted to raise our family and live out our lives. She knew Wash Park to be a cool place from her time here before, and it pretty much sold itself with me. As everyone here knows, the neighborhoody feel and central location are hard to beat, though Denver kind of specializes in that. I’ve also logged some miles on the dirt trail around the park, which my knees appreciate. So we moved here when we first arrived in Denver in 2009 and moved a few blocks south to our current home in 2012.

What are some of your favorite places to travel?

I’ve been very fortunate to do a lot of travel, really starting with when I worked for Operation Smile after college. I have a lot of affinity for all the places I’ve been. They’re all very flavor-specific and memorable.

For a beach vacation, I’m partial to Costa Rica, because we can fly there directly, it’s reliably warm, and I feel at home in the Latin American culture. I’m also a sucker for historical European cities and there Dubrovnik is probably my favorite. It feels like a walled, Middle Age city ought to feel.

My sleeper pick for travel, though it’s getting a lot more popular, is Iceland. It’s a magical place, with topography like you won’t see anywhere else, delicious fresh food, crisp clean air, and incredibly kind people. It’s relatively easy to get to but you definitely feel like you’re in a foreign land.

What changes have you been excited to see in the neighborhood?

As a family with younger kids, it is nice to see more of those coming into Wash Park over the time we’ve been here, but we love meeting neighbors from all stages of life, of course. The best specific change for us has been the addition of Homegrown on Gaylord, just a few blocks from our house. Apparently the word is out, but the food is delicious and the kids can go to town with the free arcade while I enjoy a taste of something off their tap. All in all, the options at Gaylord Street have improved steadily over the years and we hope that continues.

A little bird told us that you also happen to be a musician, can you tell us a little more? What kind of music inspires you? What instrument to play? Do you ever play live?

I grew up playing the piano and started tinkering with guitar in middle school. I really got into live, improvisational rock in high school and that’s been my guiding musical light ever since. For me there’s a magic and a truth to creating the song as you go that I don’t find elsewhere. When I meet other people who get that, it creates an instant bond. That shows me there’s real power to it.

It wasn’t until a few years ago that I decided to stop daydreaming about performing and actually take some lessons to try to get to that level. I’ve started out doing some open mic nights at Swallow Hill. It’s an amazing place and that night (usually the fourth Thursday of the month), especially, is a lot of fun. I’m digging deeper into soloing and hunting around for some other jam band fans who have weekday time to practice together.

By now it is clear that you are quite a Renaissance man. Is there something you can tell us about yourself that we might be surprised to know?

Well, the first thing I’d say is, I’m not a Renaissance man. I’m more like a dilettante with a mild case of ADD. But thank you.

A big part of my life right now is Zen Buddhism, which I practice with the Zen Center of Denver. It’s an exciting time for us because we’re in the process of building a new center, on the northeast corner of Columbine and Buchtel near DU. I started to get interested in Buddhism and also Taoism, which had a big influence on Zen, in high school and college. After the Zen Center left their old home in Highlands and started sitting temporarily at Mayu on South Pearl, the time to jump in the stream presented itself and it’s been unlike anything I imagined. I haven’t looked back.

Billy, you are making huge strides and for that we appreciate you. Thank you for taking time to play along.