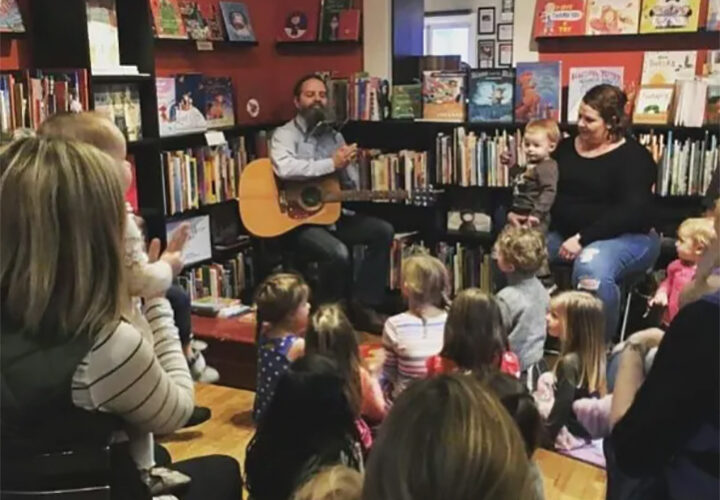 I think so many of us in the Wash Park neighborhood can relate to needing fun activities for our children on a regular basis. Before the kids are up and off to school, they’re at home depending on us for snacks, snuggles and endless entertainment every day. And okay… sometimes it’s more screen time than anything, but Denver really does have so much to offer in supporting a little laughter, dancing and learning — and one of those options is right here in our neighborhood! Meet children’s musician, educator and father Bradley Weaver. 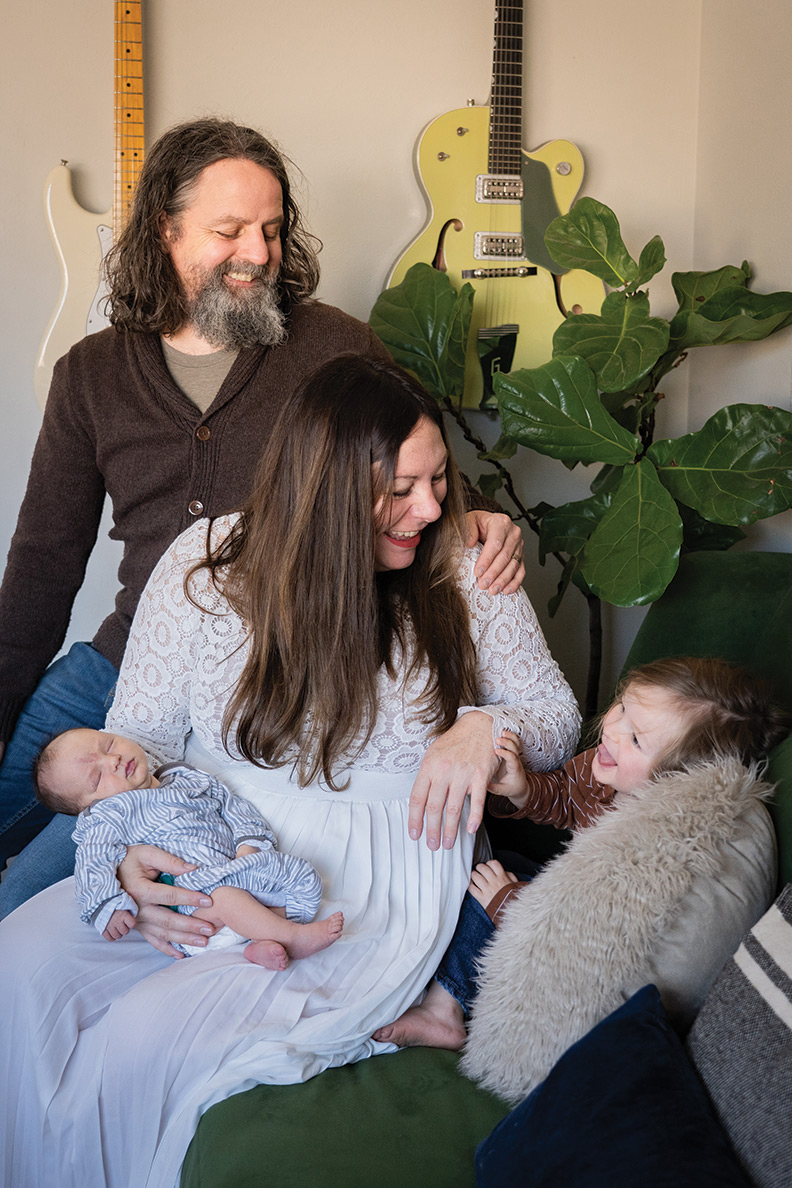 Can you tell us a bit about where you’re from and how you’ve been involved in Denver since you arrived?

I was born and raised in a small, Pennsylvania farm-town called Bethel. I also went to college in PA, so when I hit my mid twenties, I was ready to see something new. Some friends and I decided to “check out” Colorado. I fell in love with Denver and 23 years later, I’m still here.

From the time I began playing guitar, all I wanted to be was a songwriter, so my journey into that role has been one I’d never really expected.

How do you mean?

When I first got to Denver, I began playing at any coffee shop or bar that would have me and networked with other songwriters in the area. I soon began to realize that none of these songwriters, myself included, could find a consistent bass player for their bands. So, I decided to learn to play the bass. Adding a second instrument opened a lot of doors for me and I found myself playing in three different bands including my own, ‘The Bad Directions.’

Years passed and I was having a great time playing music throughout Colorado. With all the gigging I was doing, I didn’t have much time for songwriting, but when I did, I would head into my studio and see what I could create.

At the time, one of the sounds I had begun to love was the slide guitar. I was looking to add that steel guitar sound to my recordings, so I taught myself to play the lap steel. It wasn’t long until many of my songwriter friends realized that they too could benefit from that steel sound and I began ‘sitting in’ on lap steel with several bands. 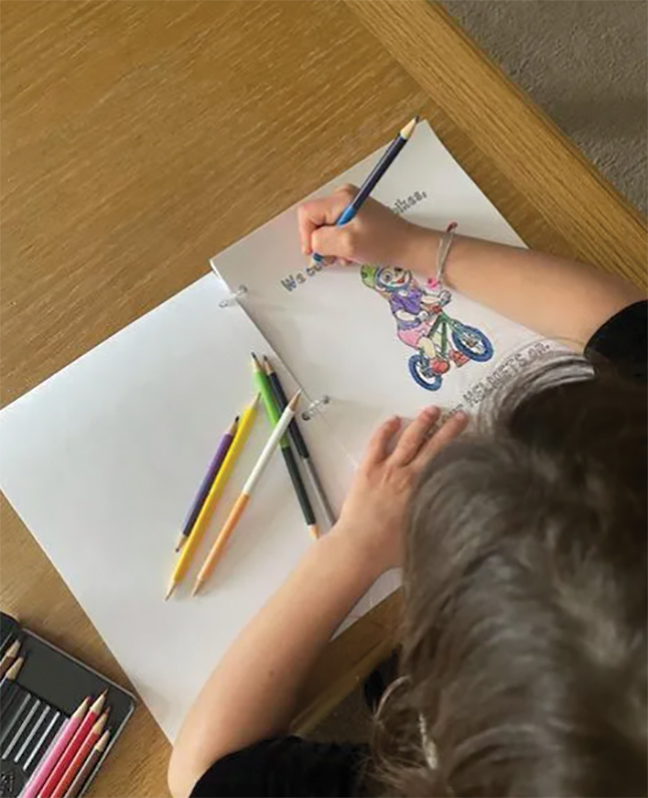 One friend who caught wind of my foray into lap steel was Ryan Chrys. I knew Ryan as the frontman for the funk rock band ‘Demon Funkies,’ but he was about to launch a new solo project. His new original tunes were much more in the Outlaw Country genre and I was excited to join in. Less than a year later, Ryan had assembled a band, and we were touring all over the country as Ryan Chrys & the Rough Cuts. I toured with Ryan for 6 years, but life on the road wasn’t sustainable, so at the end of 2017, I left the band. I should mention that those guys are still out there doing it and you should check them out.

Now, since I’m no longer on the road, I’ve returned to songwriting with a fervor. The past few years, I’ve spent recording rock music under the moniker ‘Sonny Trench Foot,’ and recording and performing children’s music under my own name. I’ve also been teaching others guitar and songwriting. The world needs so much more positive music and I’m grateful to play a part.

How did you get started in children’s music?

About 13 years ago, for my niece’s 2nd birthday, I decided to write her a few songs. I recorded some simple guitar and vocal demos and played the recordings for her. She seemed to enjoy them, but perhaps more importantly, all of the adults in the room enjoyed them. I was encouraged, so I began to write and record more, throwing in some traditional favorites. When I had enough tunes for my first full-length album, I recorded and released it in 2008 and then began getting asked to play live performances, to include annual festivals, regional libraries, and a monthly song and storytime at BookBar on Tennyson. Now 4 albums and hundreds of shows later, I’m having the time of my life!

What types of performances do you do?

I do a variety of programs from a full concert, to story time, to a history of instruments, to my ‘write a song’ workshop.

I love the challenge of wrapping a lesson or message into a tune that both children AND adults will enjoy. That’s why I prefer to use the term ‘family-friendly’ music. I find that the words ‘children’s music’ tend to give parents flashbacks of Barney the dinosaur!

I know most parents will appreciate that your songs aren’t ear worms! Good kids music can be hard to find – do you have any favorites out there?

So many, but some current favorites include Caspar Babypants (Christopher Ballew from Presidents of the United States of America) Twinkle Time and Friends, Mike Phirman, and of course Raffi!

What is the most rewarding aspect of what you do?

When I have parents relate stories of their children applying the lessons from my songs. The mother of a seven-year-old fan from South Dakota shared that her son stood up for a classmate who was being bullied because of the color of her skin. He directly quoted my song ‘We Are All Different.’ It sounds cliche, but stories like that make it all worthwhile.

You have a three-year-old and five-month old. Besides music, what’s your favorite activity to do with your own kids?

My wife and I are very much kids at heart, so we love exploring the many, many awesome playgrounds that Denver has to offer.

Do you have any upcoming releases for 2021?

Musically, I’m hoping to release another album of lullabies by the end of the year. I’m also finishing up a coloring book that I will be releasing on August 27th. A Home for Every Creature is a collection of over 35 coloring pages featuring many of our animal friends, along with a gentle nudge to take care of our planet. It is based on my song of the same name from my album Songs for Shirley (& Other Children).

Where can we find your music / merch / activity books?

You can find everything at www.bradleyweaver.net