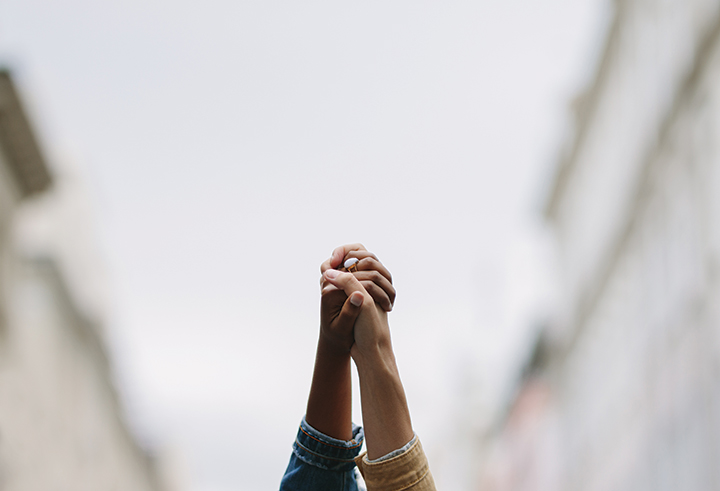 “The beauty of anti-racism is that you don’t have to pretend to be free of racism to be an anti-racist. Anti-racism is the commitment to fight racism wherever you find it, including in yourself. And it’s the only way forward. ”

For our white readers who are interested in anti-racist work and in learning more about their role in perpetuating a racial hierarchy, we introduce you to the Co-Founders of Race2Dinner and Race2Community, Saira Rao and Regina Jackson. These two community leaders and women of color have gained considerable media attention and were recently featured on the cover of New York Magazine. Some of the attention has been negative ––to be expected–– but perhaps a more careful look at Rao and Jackson’s purpose and backgrounds would be helpful in cutting through the defensiveness that their mission often provokes. Race2Dinner and Race2Community primarily target upper middle class and wealthy white women, who Rao and Jackson view as potential allies in the continuing struggle for racial equality. Their programs approach anti-racist work through a gendered lens, as they work to upend the entrenched patriarchal beliefs that continue to plague our country as we mark the one-year anniversary of the brutal murder of George Floyd and the rise of the Black Lives Matter movement.

Born in Chicago in 1950, Jackson remembers an America where everything was in black and white. Burned into her memory are the beatings and horrific treatment of civil rights workers throughout the south, as well as the murders of Goodman, Chaney & Schwerner (1964), Viola Liuzzo (1965), Martin Luther King, Jr., President John Kennedy, and his brother Robert Kennedy –– all related, at least in part, to anti-racist activism. Violence such as this, by white people motivated by intolerance and hate, left an indelible imprint on her life, and these memories continue to drive Jackson to push for progressive and lasting change in America. Jackson’s roots in Denver run deep. Her mother-in-law’s grandfather, William Pitts, built some of the first bungalows in Cherry Creek North. The Pitts-Scotts and Jacksons have lived in Denver since 1926. “We also have a family cabin in Lincoln Hills in Gilpin County, which was the only place west of the Mississippi where black folks could recreate. Grandpa Pitts also built the cabin, which we still use today.” Her love for Denver and desire to make a difference have lead this successful business woman to co-found Race2Dinner.

Rao is the daughter of Indian immigrants and grew up in Richmond, Virginia. For forty years, she “wasted her time” in what she now views as “an effort to be white and accepted by dominant white society, a futile task for anyone not born with white skin.” Several years ago, Rao began the painful process of dismantling her own internalized oppression. A Denver resident since 2013, she is a lawyer-by-training, former congressional candidate, published novelist, and entrepreneur. Rao moved here after the death of her mother to be closer to the friends who she felt could be a supportive family-like network. The loss of extended family is a common experience for first generation Americans. Unfortunately, Rao’s focus on racial issues alienated many of her old friends, but she is forming ties with new friends who share her desire for an anti-racist future.

The idea for Race2Dinner was born during Rao’s 2018 run for Congress. Jackson joined her campaign, and she noticed the throngs of white women anxious to meet Saira with the sole intent to tell her that they weren’t racist. “There was a whole lot of ‘not me’ and ‘not all white women,’” points out Jackson, a seasoned Denverite who had witnessed this defensiveness before. Rao accommodated these meetings, engaging in conversations with the “not me’s” for a long time. One day, Jackson mentioned how a white friend of hers “really needed to talk to Saira about this race stuff.” The comment sparked something in Rao. “How about this, I’ll do a dinner to talk to several white women at once as long as you are there,” she replied, and Race2Dinner was born. Rao isn’t afraid to talk frankly about race, and this makes most people uncomfortable, to which Rao explains, “you need to sit in your discomfort.” The fee to host a Race2Dinner is steep, $5000.00, and is either covered by the host, or divided among the host and her dinner guests. However, “that’s peanuts,” says Jackson. “People pay more than that to go to a yoga conference,” she continues. “In New York City, that’s a yoga class with, like, a green juice on the side,” Rao chimes in. Race2Dinner is an educational and eye-opening experience ––for those who can stomach the possibility that they just might hold a racist, privileged view of the world, in ways of which they are unaware.

Race2Community, on the other hand, is an intensive eight-week community building program consisting of weekly prompts, resources and reflection guides to help participants with deep anti-racist work. Rao and Jackson believe that no action can be sustained without community. Over the course of the program, participants engage in deep introspection, targeting their own internalized racism, including group discussions through the online forum and virtual conversations with cohort members.

In addition to this daily self-examination and reflection ––both individually and in the cohort community space–– participants join bi-weekly virtual conversations hosted by “Resident White Woman,” Lisa Bond. Participants are encouraged to engage, share, and build community with vulnerability and trust. The program cost is $750.00. Aside from the financial commitment, participants are expected to dedicate time to reviewing resources, answering discussion questions, and gathering for multiple, hour-long, face-to-face Zoom conversations with community members. The program concludes with a final discussion led by Jackson and Rao. The duo hopes to foster an understanding that community is integral in striving for radical self-acceptance and anti-racism. Their aim is that participants emerge from Race2Community with concrete strategies for how to be allies and advocates to all fellow Americans, especially to those who have been oppressed because of their race. Jackson and Rao shine a bright light on the fact that there are no quick fixes to tearing down systems of whiteness. And yet, they know that it can be done.

In addition to her work with white women, Jackson is in the process of introducing a new course called Race2Self-Actualization, geared toward women of color who are struggling to see themselves as “enough” in a society that does not affirm them. “In this society we’re taught to feel we’re not enough. We need to get over that.”

To learn more about these programs and how to get involved, visit race2dinner.com.