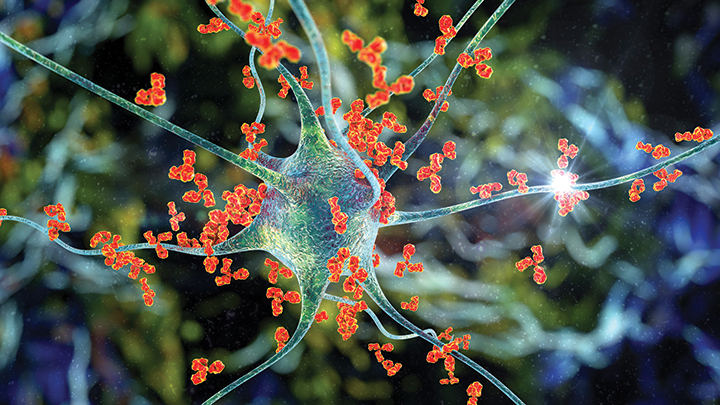 AUTOIMMUNITY: DOES DIET PLAY A ROLE?

What is the Immune System?

The immune system is a highly intricate system of checks and balances.  It is the body’s military system, designed to keep the body safe by expelling invaders from the outside.  It is intricately designed to protect the body, and there are multiple safeguards to keep it from attacking the body’s own tissues.

When the immune cells identify and attack an invader, they cause damage and inflammation at the site.  This can cause swelling, heat, redness and soreness. Once the invader is killed, regulatory immune cells signal the attack to stop.  The clean-up crew comes, the damage begins to heal and the inflammation subsides.

With an autoimmune disease, the body’s immune system loses its ability to distinguish between true invaders and its own tissues. The specific disease determines which tissues are attacked.  The resulting on-going inflammation and damage lead to the symptoms reported with each autoimmune disease.

There are three key contributors to an autoimmune attack or flare.

1. Genetic Predisposition.  This is the weak chain in the link and what will determine which autoimmune disease(s) a person will get.  Genetics determine which disease they are predisposed toward, such as rheumatoid arthritis, multiple sclerosis, lupus, Hashimoto’s, celiac disease, psoriasis, etc.

2. Leaky Gut. This is officially known as intestinal permeability.  The gut lining is a single layer of cells that are designed to only allow water and fully digested nutrients to enter the body through cell transport systems.  With leaky gut, the gut lining is damaged and the single layer of cells is no longer tightly bound together. Gaps allow contents of the digestive tract, such as undigested foods, microorganisms and toxins, to leak past the gut lining.  The immune cells are waiting on the other side.  They recognize these invaders and mount an inflammatory immune response. When leaky gut is chronic, the immune system is constantly overactive and the body is constantly inflamed.  Leaky gut can be caused by stress, food sensitivities, gluten, alcohol, toxins and/or an overgrowth of unfriendly microorganisms.

3. A Trigger.  A person typically has underlying inflammation for several years before noticing full-blown symptoms.  Then some trigger pushes the immune system over the edge and to the point where it loses its ability to properly distinguish threats. It starts a full assault of ‘friendly fire’ on a particular organ or body tissue. Triggers can include extreme or chronic stress, a physical or emotional trauma, toxin exposure, a viral or bacterial infection, or a hormone shift.  Sometimes, a trigger isn’t obvious.

When these three collide in a perfect storm, symptoms manifest and the person is likely to seek a medical diagnosis.  Medications may be prescribed to tamp down symptoms with varying degrees of success.

Many people don’t realize that they have a unique opportunity to address their autoimmune disease and symptoms in a holistic, integrated way.

Many people have significant amounts of inflammation, often without even realizing it.  They may have come-and-go symptoms that they don’t associate with anything in particular – sore joints, brain fog, fatigue, anxiousness, headaches, digestive problems, skin problems. These are signs that the immune system is being taxed and there is inflammation in the body.

Lowering inflammation can lessen symptoms or lower a person’s chances for triggering an autoimmune disease in the first place.  Food is one piece of the inflammation puzzle.  There are several recognized autoimmune diet protocols, including the Autoimmune Wellness Protocol (AIP), the Wahl’s Protocol, the Myer’s Way, Wentz’s Hashimoto’s Protocol and O’Bryan’s Autoimmune Fix.  Each removes inflammatory foods and loads up on nutrient dense foods.

Beyond these, even certain foods that are considered healthy for the average person can trigger inflammation in the person who is dealing with autoimmune symptoms.  In particular, certain plant foods contain chemicals that are inflammatory to some people.  These include grains, legumes, nuts, seeds and nightshade vegetables.  Autoimmune diets remove most of these foods for a certain amount of time, then reintroduce them in a systematic way to see what the person can tolerate without having symptoms return. In addition to these common culprits, each individual may have sensitivities to less-common foods.  If the person still seems reactive to foods even after an elimination diet, food sensitivity testing can be used to zero in on these less-common foods.  We generally recommend this testing after healing intestinal permeability.

And There is More

Many people think that an autoimmune diet is an elimination diet only.  But individuals with autoimmunity are almost always deficient in several micronutrients. Adding nutrient dense foods is a vital part of doing the diet correctly.  Strategies for increasing nutrient density include:

• Organ meats – Organ meats are much more nutritious than skeletal muscle meat.  Liver and heart are the most common organ meats, but tripe, tongue, kidney and brain count, too.

• Bone broth, either by itself or as a soup base – Bone broth contains soothing, gut-healing compounds.

• Seaweed – Seaweed provides a concentrated source of many nutrients, including iodine and selenium.

At Radiance Functional Medicine, we utilize food as medicine.  If you are suffering from an autoimmune disease, give us a call at 303-333-1668.  Therese Revitte MNT is a certified AIP coach and would love to help ease your symptoms and possibly find a cure.