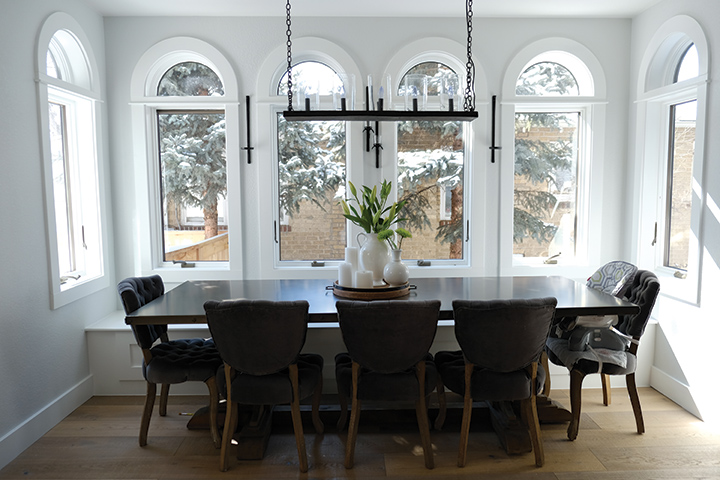 Thanks to the generosity of over 100 volunteers, May 12, 2018 marks the 20th anniversary of the Wash Park Home tour . . . or does it? Turns out, an earlier version of the annual Home Tour existed in the 1980’s. “Back then,” explains Maureen Savage, 2018 Home Tour chairperson and PTA Vice President of Fundraising, “the home tour was organized by Steele elementary and Crofton elementary school (since closed). Then it underwent a hiatus. In 1998, due to the interest of parent and community volunteers, the Steele PTA re-started the Home Tour.” Since then, the annual Wash Park Home Tour has been going strong – a labor of love that raises much needed funds providing enrichment experiences and classroom support for Steele Elementary School students. In addition, the Home Tour donates ten percent of its proceeds to the Homeless Education Network (HEN) in Denver Public Schools – a resource that provides guidance and connection to Denver-area support services for families experiencing homelessness. 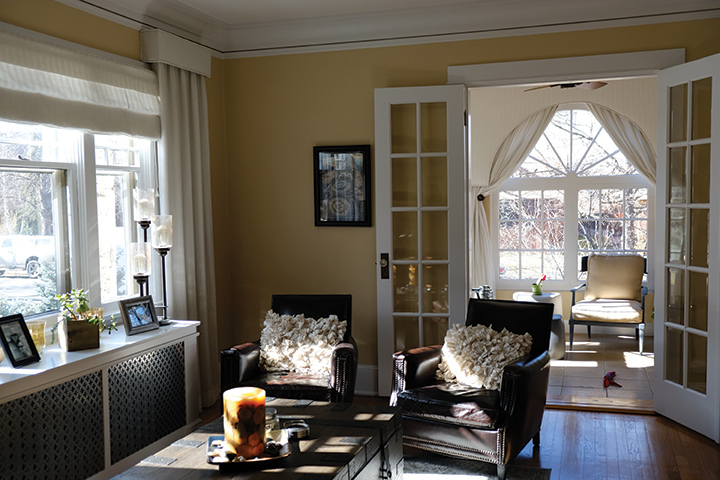 Why do Colorado public schools need to do so much fundraising?

Sometimes, for parents of public elementary students, the amount of fundraisers and calls for volunteers can seem never-ending. Owing to state budget cuts, however, these fundraisers are becoming more and more crucial to public schools in their quest to provide a top-notch education. But isn’t Colorado’s economy booming? Why aren’t our schools seeing higher funding as a result? The best explanation for the huge gap between state wealth and public school funding is the passage of the TABOR amendment (Taxpayer Bill of Rights) in 1992. In his blog series “Denver’s Single-Family Homes by the Decade” for Denver Urbanism (denverurbanism.com), Ken Shroeppel gives a snapshot of Denver in the early 1990’s: those years marked renewed economic prosperity as the city recovered from the hard times of the 1970’s and 1980’s with a “slate of ambitious civic projects” such as DIA, Coors Field, the Denver Central Library, the Denver Convention Center, Cherry Creek Shopping Center, other new libraries, parks, bridges and public school improvements. Reacting against such strong progress and advancement in our community’s infrastructure, Doug Bruce, a conservative activist and former state legislator, wrote TABOR and it passed. As a result, Colorado ranks 14th richest in state wealth, but ranks 42nd in how much it spends per student (Brundin, Jenny. “In Colorado, School Funding Lags Despite a Booming Economy.” CPR News, April 29, 2016). Other factors and legislation have further complicated the funding for education and infrastructure, so that over the past two and a half decades, public schools have been forced to continually slash their budgets. Against this complex and disorienting backdrop, the significance of the efforts of family and community volunteers to raise funds for Steele are cast into sharp focus. “Events like the Home Tour are really only as good as the volunteers who make them possible,” Savage points out. 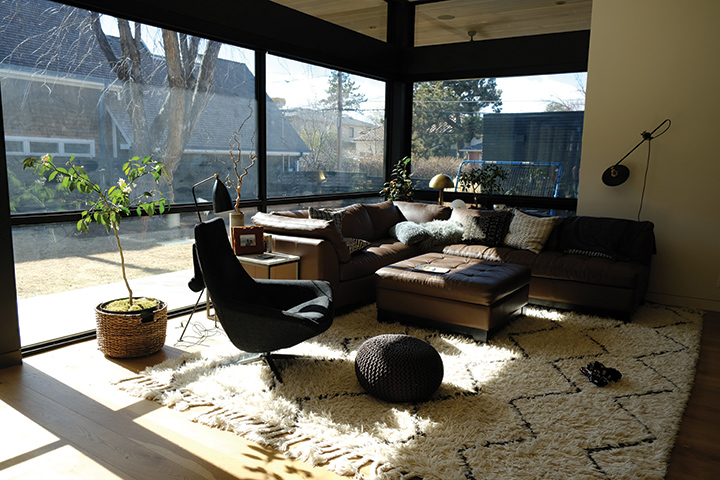 For a poignant comedic portrayal of Colorado’s financial situation, take a look at Samantha Bee’s “Doug Bruce Ruined Colorado” on Full Frontal from March 7th of this year. And as a side note, in political news, recently there has been a considerable Republican push to make changes to TABOR in order to “allow the state to spend hundreds of millions more each year on priorities such as transportation, education and health care.” (Frank, John. “TABOR faces renewed Republican-led effort for an overhaul at 25-year mark.” The Denver Post, Feb. 28, 2017) Fingers crossed . . . but in the meantime, we sure are grateful for the Home Tour volunteers!

According to the Washington Park East Neighborhood Association website (meetings every second Tuesday of the month at St. John’s Church), “real estate development boomed in East Washington Park in the 1920’s.” The houses were mainly “solid brick Bungalow style homes that suited the income of residents and the lot sizes of the neighborhood.” However, the population changed somewhat by the 1930’s when the “occupational character [became] overwhelmingly white collar in nature.” Monique Dermer, a local business owner (Mad Studio on South Gaylord), artist and Steele parent, is creating three limited-edition posters to commemorate the Home Tour’s 20th anniversary.  She is working on designs that will portray both historic and present day Wash Park. Not only will purchasers be able to choose the image that they prefer (including different color schemes), but also how it is mounted. She reflects, “our neighborhood is a mishmash of all kinds of different styles, but probably the most influential architectural style is Arts and Crafts. It [Arts and Crafts] will definitely figure into the design, although the expression will be very modern.” 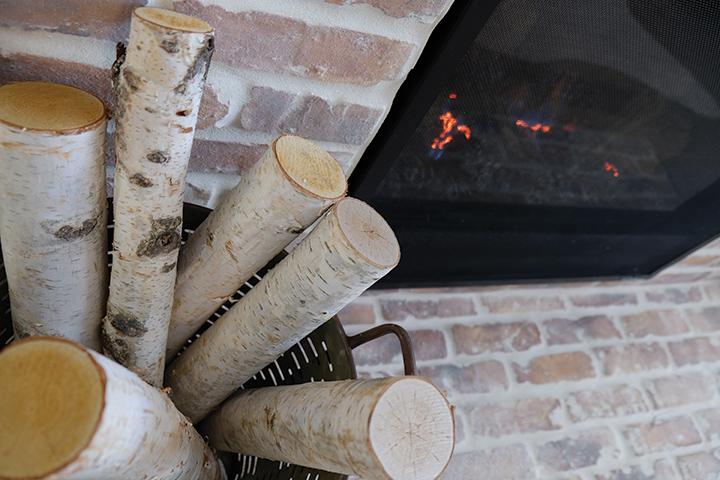 With all of the change through the decades in Wash Park, the current list of housing styles runs the gamut – from Craftsman, Art Deco and Tudor to Georgian, Santa Fe, Contemporary and McMansion. Thank goodness for our tree line, which softens some of the jarring abstractness of many of the new builds that seem to be taking over. For Ken Schroeppel, a board member of the Denver Architecture Foundation and professor at the University of Colorado Denver College of Architecture and Planning, using a little less EIFS and a lot more brick perhaps ought to be considered as more new houses are built in Denver neighborhoods such as Wash Park. “Because of the Denver Fire of 1863, all new houses were required to be brick. As a result, Denver has a wonderful legacy of using brick construction,” explains Schroeppel. “Although you can’t regulate building materials without an historic designation, we need more architects to be willing to use brick – even in modern or contemporary buildings – as these kinds of neighborhoods grow.” 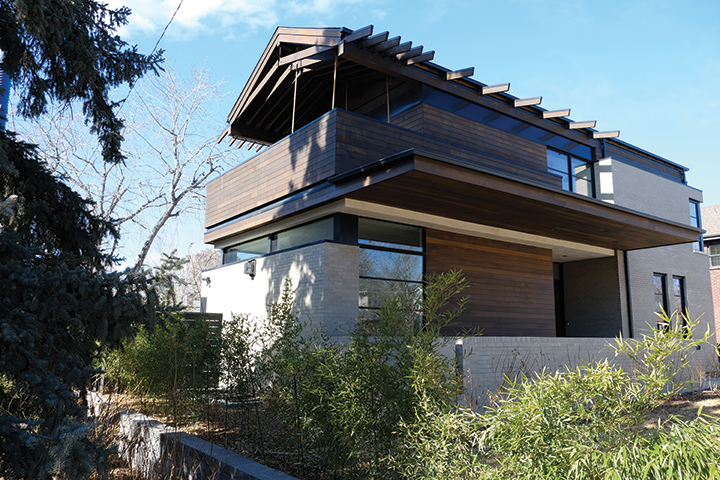 In respect to the Home Tour, “new builds” are logistically easier to include because older homes tend to have tighter hallways and smaller rooms, a scenario that is difficult with 1600 tour participants viewing the houses each year. Regardless, whenever Laura Mauck (a Steele parent who has been in charge of “house procurement” for the tour for the past ten years) finds a classic Bungalow or an historical house with owners who are willing to have their home featured, she snaps it up.

Schroeppel adds, “House tours are a great thing to do. We need to have a citizenry that has an appreciation and understanding of our built environment and how it has changed over time. If you don’t understand what it is we have, it’s difficult to know what is good vs. bad. Cities are about change, yes, but my hope for the future of Wash Park is that a lot of the existing housing stock is still [here] in 50 years.”

Details for this year’s tour

The tour’s hours are 10:00 a.m. to 4:00 p.m. on Saturday, May 12th – Mother’s Day weekend – treat your mom to a ticket! It will feature five distinctive homes from remodeled Tudors to thoughtful modern builds. Be sure to stop by the Home Tour Street Fair on the 400 block of South Gilpin for live music, plant sale and vendor activities.