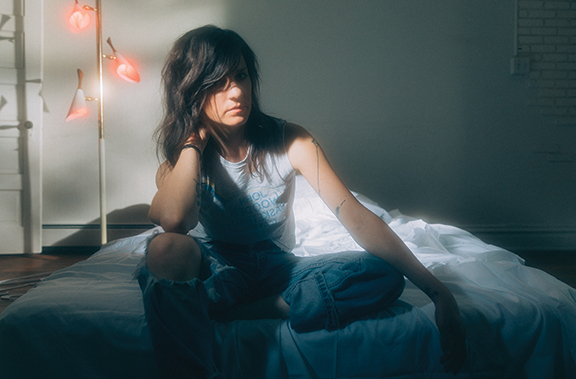 As a lover of music,  I find myself always gravitating toward and listening to Colorado Public Radio. They have the freedom to broadcast  more independent and obscure playlists. It’s unquestionably a great place to discover up-and-coming artists. I’m well aware of this process when I’m listening to CPR and when I hear a song that I love, I snap a shot of it on my phone to evidence my newly found treasure. This is exactly how we recently were turned on to The Still Tide, whose new tracks are definitely treasures to be found. We caught up with Anna Morsett to talk about the band, the industry and all the latest, so enjoy your newest discovery. 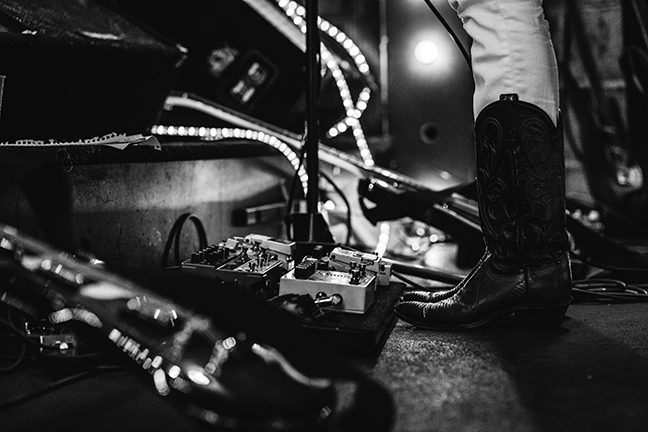 How would you explain The Still Tide’s origin story?

I feel like the project really came into its own when I landed here in Denver about six years ago. I was fresh off the road from months of touring, mending a broken heart and trying to figure out how to begin again musically without the band I’d built and left behind in Brooklyn. I’d only planned to stay for a month but was so overwhelmed by Denver’s incredible music community I just stayed. Everyone was so supportive, inclusive and collaborative from the moment I arrived that before I knew it The Still Tide had shows, new band members, recording plans and a sea of new songs unfolding within it. We’ve just been growing ever since and are so grateful that our community, friends and fans are still there pushing us along at every turn.

We instantly fell in love with your recently released new track “Change of Address,” which we heard recently on CPR. Can you tell us more about this song because it seems to speak so much to the core of your experience?

I love CPR – they’ve been so supportive of us local bands and I’m always so honored when they play our music! “Change of Address” is all about freeing yourself from self-imposed limitation. Whether in releasing yourself from who you’ve been in the past or even who you think you should be, it’s about seeing yourself as who you really are without those restrictions. We are often trapped by what we decide for and about ourselves – by what we’ve decided somewhere along the way is or is NOT possible for us to be, become, make, achieve, do, etc. Those decisions, which we rarely recognize and are frequently influenced by what others tell us about ourselves, can so dangerously dictate how we navigate the world. This song was meant to address that and illuminate how we can change by first changing how we view ourselves. 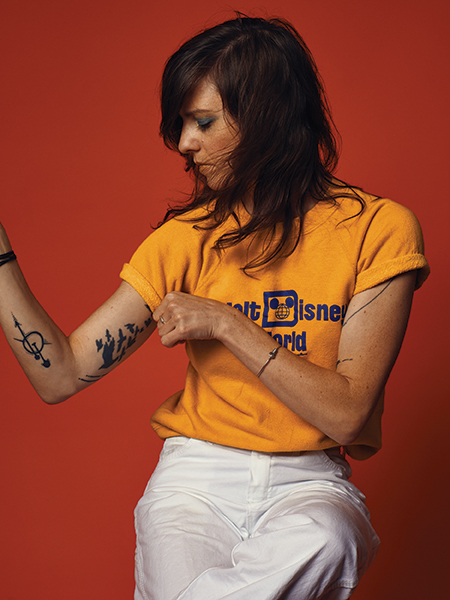 When you’re not making your own music you’re touring the globe as a guitar tech for artists such as The Tallest Man on Earth and Kaki King. What is this experience like?

Guitar teching has been such an incredibly unique and beautiful way to see the world and to see such different sides of the music industry, the craft of making music and the power of live performance. Being such an intimate part of shows on that level, especially when I was younger and just starting out as a musician, were some of the most profound, impactful and informative experiences I could’ve ever imagined. I’ve learned so much, not just on a creative level, but also about how to make your way as a touring musician and ultimately how to carry myself as an artist within my own work.

Does being on the road so much lend to a unique song writing and production process?

I think so much of songwriting is about just paying attention and exploring what that attention snags on within your work. When you’re on the road you’re often paying extra attention to all the nuances and details that those new places and people have to offer and I think that heightened sense of awareness has definitely helped me gather ideas in ways I might not have otherwise. All those little seedlings that I collect when traveling are what I work from when I’m back home and writing in a more focused way.

A second 2019 track “On the Line” has been released on Spotify. It seems pretty common for today’s artists to slow drip their releases to their fans. Does this initial release mean that there is more on the way?

Yes! We have another single (with another video!) coming out this month, too. Releasing things slowly like this is a great way to keep people engaged and excited and also helps elongate the fun of the release itself. Once a record is out in the world it’s harder to keep the celebration going so having a long build like this helps the record get the attention it needs.

If you look at The Still Tide’s release history, you see that you generally release EPs. It’s great because it really gives us, the audience, a chance to appreciate every single song. How do you envision this modern way of releasing music? Has it played out well for you as an artist?

EPs are a great way to explore ideas and to capture where you are as a band without spending a ton of money and taking too much time in between releases. In those ways it has been amazingly helpful for us in keeping momentum and also in just growing up as a band. Each time we record we learn so much, not just from the process itself but also about each other, about what we like and don’t and about how to improve ourselves for the next batch of songs. 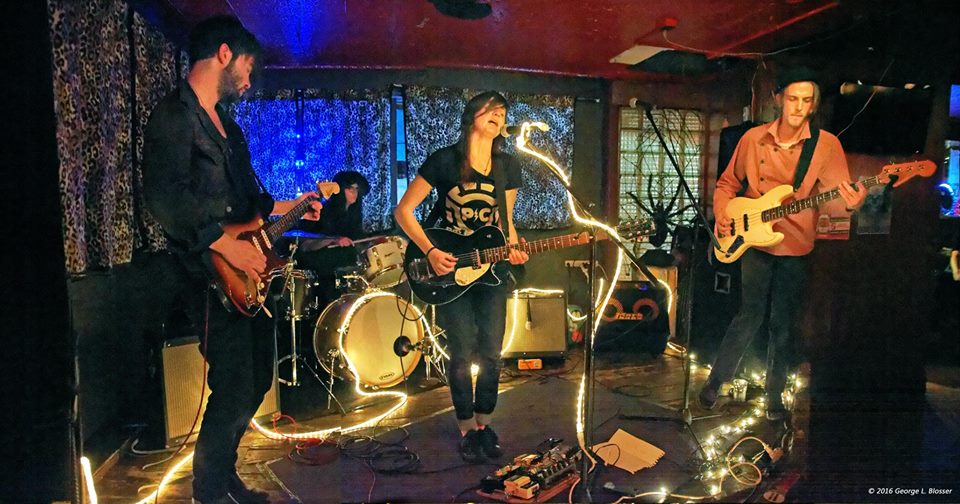 You write beautiful lyrics that seemingly take on a new-found and deeper meaning with every listen. Why are you drawn toward this confessional lyric writing style?

I think I’m drawn to that type of writing because it’s often where songs start for me, in that more personal, uninhibited and honest space. I think, too, that the work I’m most moved by from other writers and musicians also comes from those same emotionally courageous places which continues to inspire me to explore and write from my own.

Would you consider your sound to be evolving? How would you describe your latest incarnation?

I hope so! I think more than anything I want to push the limits of what I’ve known within myself to create, to play, to make. Each record should be somewhere beyond the last, something closer to what I envision for this project. This last record is the closest we’ve been to merging the more tender side of my songwriting with the weight and force of the full band experience, which has been a private and fun challenge of  mine. I’ve always wanted that heartfelt and thoughtful side of the songs to emerge within music that we could all sway too, something that had a strong beat but was also ethereal, dreamy and lyric forward.

We are so excited and looking forward to your new EP “Between Skies.” What can you tell us about its creation and the behind the scenes of making these recordings?

I’d been working on many of those songs on my own over the last year or so and it wasn’t until we were doing a residency at The Music District in Fort Collins the summer before last that we really got to unpack these tunes as a band. We made demos, went on tour, started recording drums and worked on them throughout the fall. We eventually built a studio in my apartment and I spent many sleepless nights last winter tinkering with guitar ideas, swimming in reverb and synth sounds and trying not to lose my mind while recording my own vocals. We finished the record there during the final weeks of winter and sent it off to Brian Joseph in Eau Claire, WI for mixing magic.

What are your recent influences? What’s spinning on your playlists these days?

So much and always ever-changing, lately I’ve been listening to playlists that friends have made for me to listen to while on the road, little tour gifts which I relish. Lately there’s been Big Thief, Damien Jurado, Boy Genius, The Magnetic Fields, Cigarettes After Sex, S. Carey, Flock of Dimes, Middle Kids . . . but truly the list rolls on and on!

Do you have plans to tour the new EP “Between Skies?” Do you have any other news? When can people catch you in Denver?

We very much hope so! I’m sure we’ll be out on the road at some point this spring but nothing detailed just yet. Our next Denver show is actually our release party at Hi-Dive on January 17th! We have some special recording plans for this winter in the works but are mostly focusing on giving Between Skies a big push out into the world.

Thank you so much for getting us up to speed, Anna. Be sure to check out Between Skies and we’ll see you all at the Hi-Dive In January!