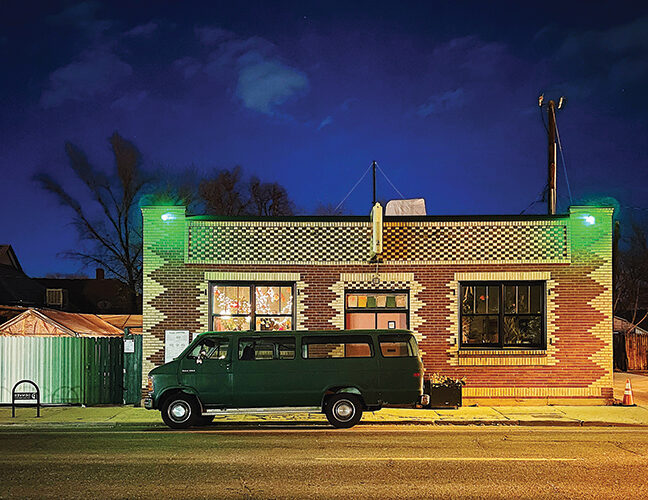 THE ART OF BRIAN FOUHY

Brian Fouhy is an artist driven by curiosity. He’s the guy who never fears getting lost, but sees opportunity in finding a different route to his destination. Often on foot, he captures beauty in unlikely places, places overlooked by other people passing by. He teaches us the importance of looking up from our screens, because there’s an entire world we’re missing on the other side. Intrigued by Brian’s work for some time now, we were thrilled to learn more about his process and craft. 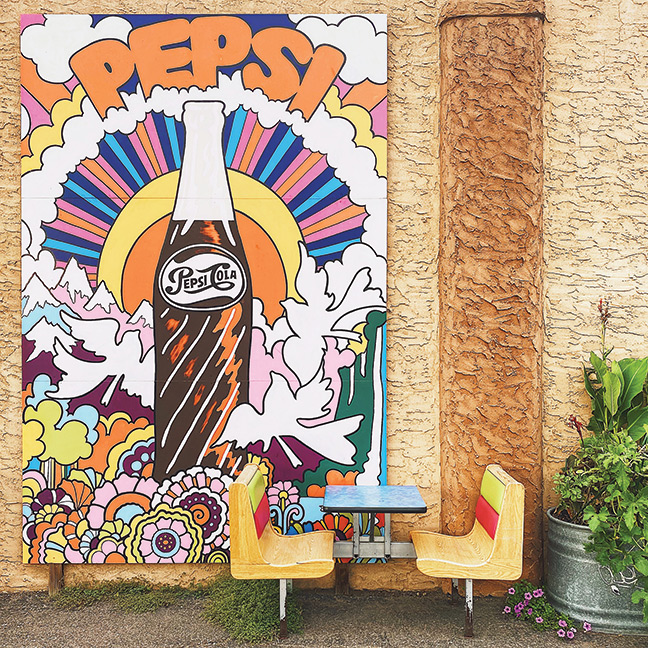 You left the East coast over a decade ago to plant roots here. What brought you to Denver?

It has been a meandering journey actually. I first came to Colorado in 2010 for a grad program at CU called Boulder Digital Works. That kept me here for about a year and a half before I ventured back to the East Coast for a bit, NYC for a year and then Pittsburgh for around a year and half before making my way back to Boulder for a job at Crispin Porter Bogusky. Have now been back here in Boulder and Denver for 6 years.

How did you start down this artistic path? Did you study photography?

I went to Syracuse University for my undergrad and got a BFA. I actually didn’t study what would be considered a proper fine art. I was in a program that was more focused on advertising and the copy writing and design of that industry. However, being in the art school I was able to take photo classes. I took both black/white and color as well as a digital photo class. There were some painting classes, video, film, and sculpture classes mixed in as well. And as much as the grad program at Boulder Digital Works wasn’t a proper art school, it kind of became a place where I started to experiment more with photography, and the internet. The iPhone and the early days of Instagram also were a bit of a catalyst in my photography progression there for better or worse. 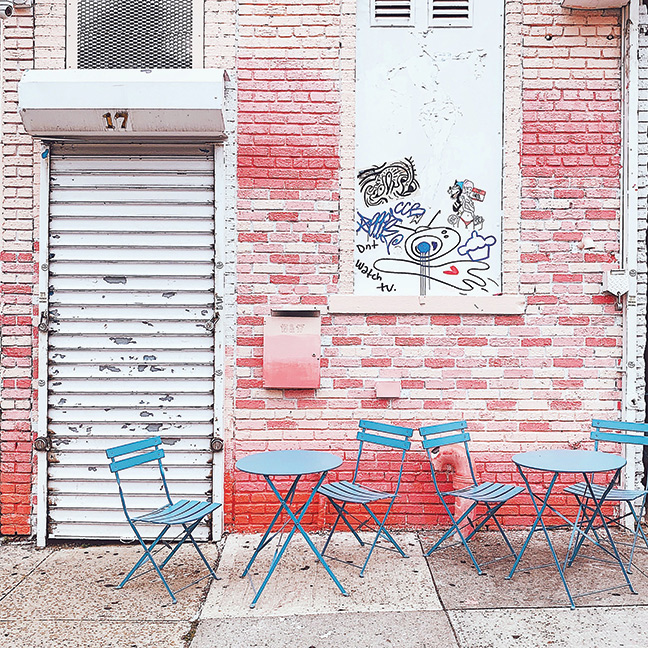 Tell us a little bit about your book “Collecting Words,” a collection of photographs that capture words and phrases in signage and graffiti. What gave you the idea to explore this cultural subtext and what have you learned from the experience of contextualizing these ideas in a certain way?

Collecting Words started while I was at Boulder Digital Works and was inspired a bit by things I was seeing on Instagram at the time. I began to notice words out in the world and started “collecting” them in photograph form which led to the creation of #collectingwords. It was also a bit subconscious, but I think my background in advertising and the design/typography that was a part of my day-to-day in that world had a bit of an influence and led me to gravitate to the words. I’ve also discovered the way I capture the words, and how I frame them with elements that surround them often helped to add additional context to the photos and allowed the words to sometimes tell a story of sorts based on where they were found and the environment they were in. For the book, I added even a bit more context to the words I captured, combining the photos and the words within them to create short vignettes or stories, a bit in the style of refrigerator magnet poetry. 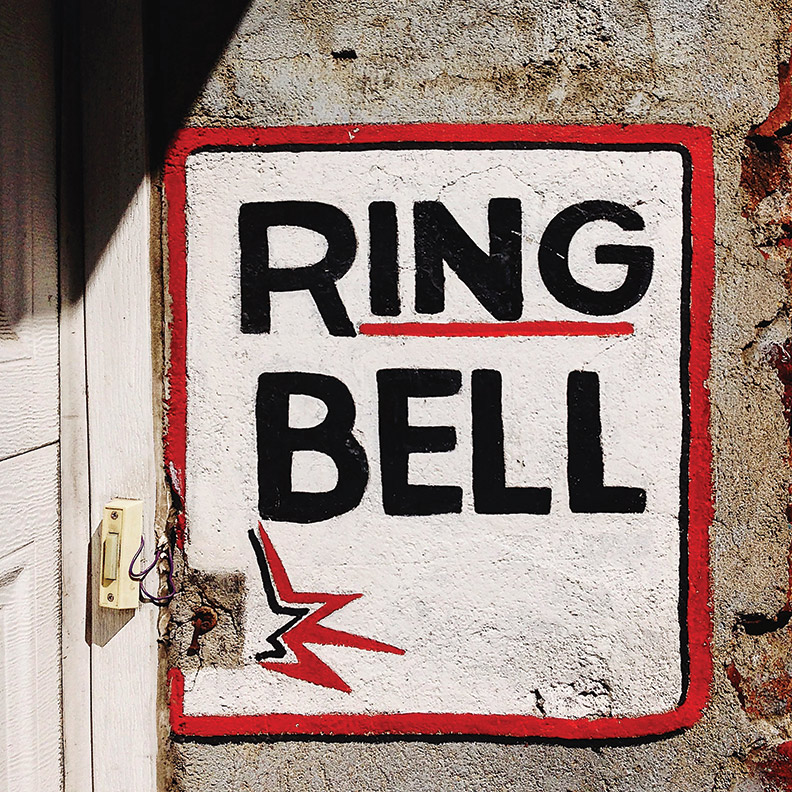 I love that you find the beauty in things that otherwise go unnoticed. Is this a part of your ethos and how does this play a role in your daily life and your perception of the world around you?

In the beginning I again think this was a little subconscious, but through the process of collecting the words I feel like it has allowed my appreciation for those things that go unnoticed to grow. I wouldn’t say I go out looking for things, but I try allowing myself to have the opportunity to find them, like walking instead of driving, and not always sticking to a determined route. I think over the years it has become a bit of my ethos, and maybe always was, but as I’ve grown older it has definitely come to the forefront more. My mother tells me I have been curious even from the days I was in the nursery at the hospital.

Fouhy Adventures is a concept you came up with, where you’ve invited or put yourself in certain experiences with random people.  In a world where we are all interacting with one another via screens, this concept is bold and refreshing. Can you explain how this has worked for you? What are some of the highlights from the adventures?

Fouhy Adventures is a concept I would like to refresh after the past year of reduced human interaction. It all started simply enough, I was in grad school and wanted to learn a bit more about simple html/css code and also being from the east coast, traveling back for both Thanksgiving and Christmas was a little out of the budget, thus invitefouhytothanksgiving.com was born, which led to an invite to a classmate’s house in Durango. It was an experience I might not have had if I hadn’t created the site, road tripping down there and driving back to Boulder by way of the western slope was an incredible bonus to getting to spend Thanksgiving with a wonderful and welcoming group. That then led to the creation of the rest, including befouhysvalentine.com, never very successful, as well as pickfouhyupattheairport.com which was always a great way to passively ask friends and family for a ride without having to put people on the spot. drinkwithfouhy.com was probably the most successful and led to some great meetups while in NYC, including an afternoon of Soju in Koreatown. And maybe my favorite, but also the most technologically limiting is drivewithfouhy.com, which allowed anyone and everyone to join in telepresently and view a live-streamed video from my dashboard as I drove from Pittsburgh to Boston for the holidays, as well as a few other trips. To add to the interactivity I allowed people to add to a collaborative Spotify playlist and communicate through twitter. I would love to be able to activate it here in Colorado and take drives through the mountains, but unfortunately the limited cell service limits the ability to do so. 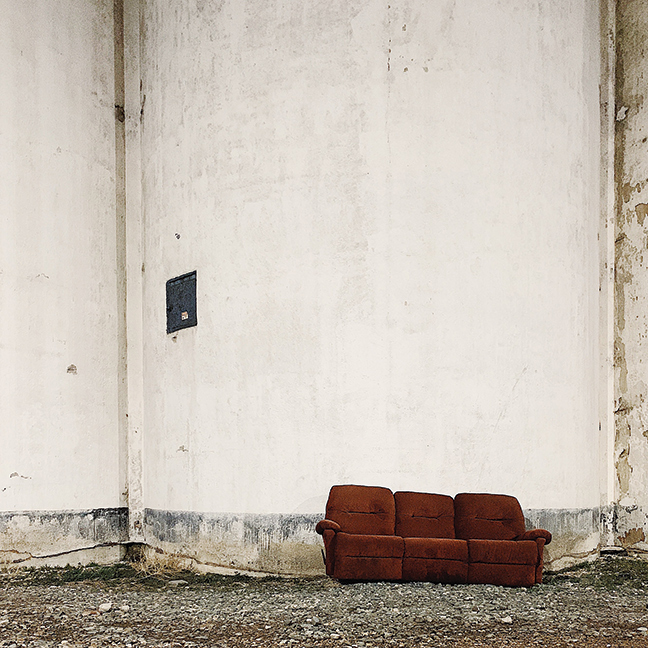 Your art reflects a multitude of mediums and definitely invites the audience to interact. What inspires your work?

As much as it invites others to interact, I think it is my own curiosity that inspires the work, including the curiosity of whether people will actually interact and what could happen if they do. Another ethos I kind of try to live by is eliminating the what-ifs, which has seeped into my work, and thanks to the internet has made it easier to put things out into the world and see what happens and see how people respond and interact. Essentially, I take the approach of what-if I… which often comes in the form of random urls and single serving websites like eddiemurphylaugh.com or michaelboltonkennygridingdolphin.com which was a collaborative effort with some friends.

Your experience as a traveler is highlighted in your art. What places do you hold closest? Where will you travel to next now that the world is opening up again?

It is maybe an obvious one, but I love going back to New York City, and try to get back there at least once a year and spend time wandering about. The energy of that city and how quickly things can change and evolve is inspiring. You never know what you might find there, and no doubt there will always be something new or different each time you visit. My next and first trip in over a year will be to Massachusetts and Rhode Island, which is the area I grew up, but I also make the yearly pilgrimage back to attend Newport Folk Festival in Rhode Island. I am a big live music fan, and that festival is special, and means a lot to me.

You’ve taken a new direction with your photography, and you’ve completed a book of this collection. What inspired this new direction?

This new project and collection fits into the category of noticing that which often goes unnoticed. In my travels over the past few years, I spent time finding and photographing urinals in a few cities around the country. I find the shape and design of urinals to be visually interesting and also slightly “taboo” being “hidden” in a room only a segment of the population typically visits and intended for a very specific task. There is also the obvious influence of Duchamp and the ready-made movement, taking this object that is often an afterthought, and presenting it in a way that allows the viewer to potentially perceive it as beautiful or even recognize them as objects worth noticing. The collection will be presented as a book titled ‘Occupied’ which is now available for presale on my website and will be shipping fall of this year. I am excited to share it with the world and continue to discover all the wonderful, weird, beautiful urinals that are out there in the world.

Feel like getting lost in a deeper dive into Brian’s collection? Visit him at brianfouhy.com or on instagram@fouhy.