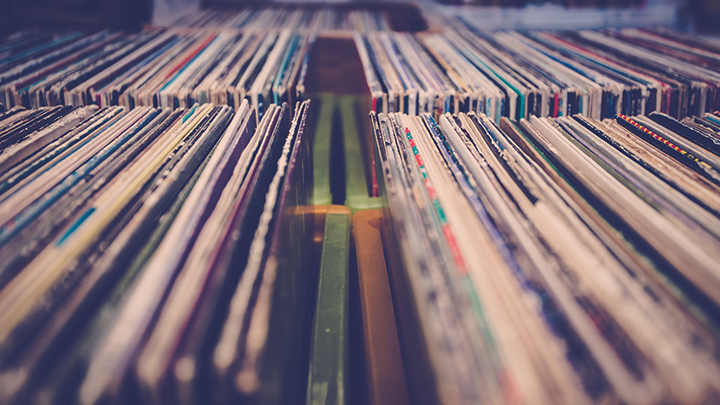 Record Store Day reminds us that some old school relics are worth holding onto, not only for the charm, but for the experience that keeps us more connect to what is real.

“Nothing will ever — EVER — replace the power of walking into a record store and having another living, breathing human being — whether it’s a fellow shopper or friendly clerk or complete stranger — point you toward something and say, ‘You HAVE to listen to this, trust me.” I have no problem with texts or DMs or the internet as a whole but believe me when I say: The best music, books, movies, comics or any other type of art will be created by someone passing along, eyeball-to-eyeball, secret and cherished knowledge. That’s why Record Store Day will save the future.” 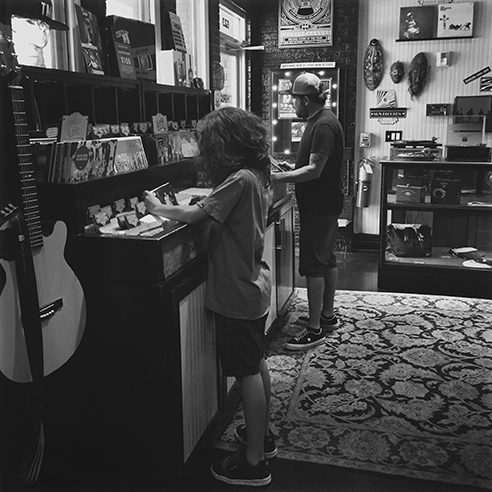 Some things are better left tangible. Being a child of the 70s, I  can’t help but feel that there is something romantic and organic about playing a record, a feeling you can’t recreate by simply downloading a song from the internet. I remember, at first, pulling out my parent’s Eagles records and endlessly flipping them from side to side until you could physically see the wear and tear they were taking on a daily basis. There are few things as gritty or as a great sounding as a Joe Walsh riff playing through your family’s cheap all-in-one seventies stereo record player.

As my brothers, sister and I got a little older we started investing in our own records of which the Cars, David Bowie and Devo served as the corner stones. And as I entered my teenage years vinyl was the only source for the, then very underground, punk scene. After that point, tape cassettes began making their way into the music listener’s culture. I would make endless mix tapes recording songs from records one at a time. It was a real chore, but those mix tapes represented the heart and soul of my favorite records and my identity at the time. I remember this one tape I made, it was all these awesome and obscure punk songs from bands like JFA, the Faction, Black Flag, TSOL, the Dead Kennedys, etc. on one side and on the other side was 45 minutes of Zeppelin. You could hear the crackle of the needle hitting the records between each and every song. A familiar sound that I hope future generations will know and respect.

Supporting Record Store Day is not only nostalgic, it still has it’s value even in today’s fast paced culture that, for all intents and purposes, should have left records behind. Not only have we always been big supporters of locally owned businesses which makes Record Store Day the perfect day to offer some local love, but we would argue that there’s more to it than just that. 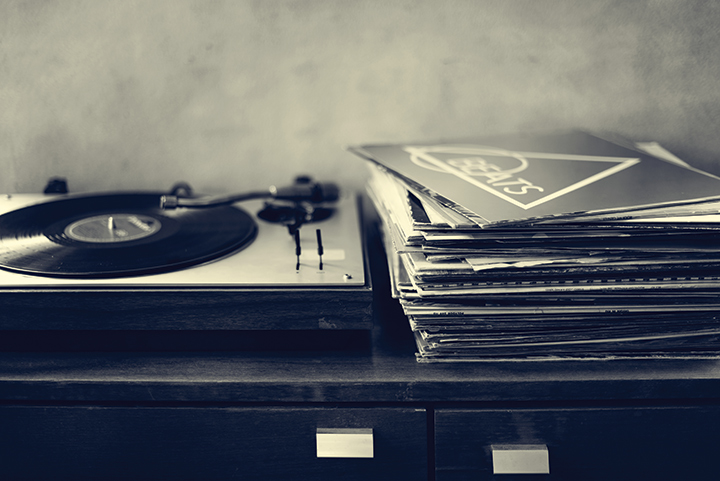 What Is Record Store Day

This is a day for the people who make up the world of the record store—the staff, the customers, and the artists—to come together and celebrate the unique culture of a record store and the special role these independently owned stores play in their communities. Special vinyl and CD releases and various promotional products are made exclusively for the day. Festivities include performances, cook-outs, body painting, meet & greets with artists, parades, DJs spinning records, and on and on. In 2008 a small list of titles was released on Record Store Day and that list has grown to include artists and labels both large and small, in every genre and price point. For several years, 60% or more of the Record Store Day Official Release List came from independent labels and distributors. The list continues to include a wide range of artists, covering the diverse taste of record stores and their customers.

On the first Record Store Day, Metallica spent hours at Rasputin Music in San Francisco meeting their fans and now each year hundreds of artists, internationally famous and from the block, flock to record stores around the world for performances, signings, meet and greets and to fill their own shopping bags with music. In 2009, Jesse “Boots Electric” Hughes (Eagles of Death Metal) declared himself the “Record Store Day Ambassador” as a way of shouting out how important the stores were to artists and since then Joshua Homme (Eagles of Death Metal, Them Crooked Vultures, Queens of the Stone Age), Ozzy Osbourne, Iggy Pop, Jack White, Chuck D, Dave Grohl, Metallica and St. Vincent have worn the ceremonial sash. 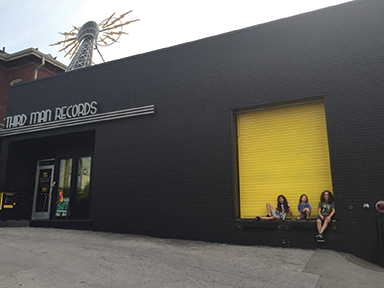 During a trip to Nashville, the family and I were lucky enough to stumble upon Jack White’s Third Man Records. His carefully crafted aesthetic offers a step back in time with vintage fixtures including a photo booth, and 1947 private recording booth where for $20 you can record your own song. Yes, the collection is primarily reserved for Jack’s music and that of artist’s on his label, regardless, you won’t leave disappointed. Jack’s dedication to preserving a feeling is pure magic.

Upon returning to Denver we were beyond inspired and bought a Crosley suitcase record player and resurrected our collection. We chose a Crosley because we like their mission. “Our roots are planted in the history of analog music players, but we also keep our eyes turned to the future progression of sound.” With that said, our renewed love for listening to a record, reminded us of the fact that when you play an album, you are experiencing the record as the artist intended it to be listened to. An entirely different listening experience than say listening to a one-off song on Spotify. We are living in an age where everything is disposable. But with a record, you listen from start to finish, a forgotten art. And it is because of this, that we have one rule in our house: Only buy a record that you LOVE from beginning to end. We suggest Pavement’s Wowee Zowee, anything by Fleetwood Mac or Tom Petty and, of course, Nina Simone’s I Put a Spell On You. But whatever your flavor, make it count.

Music is a universal language with the record store acting as the vehicle for this undying culture. We don’t want to know a world without books, magazines and records. To hold something in your hands is to feel alive. So join us in support of Record Store Day and help protect the exposure of new music to the world.

“The indie record stores are the backbone of the recorded music culture. It’s where we go to network, browse around, and find new songs to love. The stores whose owners and staff live for music have spread the word about exciting new things faster and with more essence than either radio or the press. Any artist that doesn’t support the wonderful ma and pa record stores across America is contributing to our own extinction.”