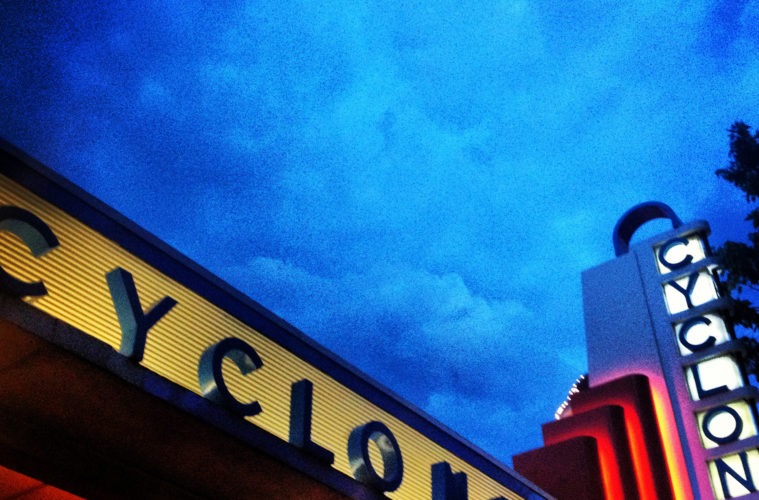 If you’re from Denver, chances are you’ve driven past the iconic Lakeside Amusement Park. This historic turn-of-the-century site opened in 1908 as ‘White City’ for it’s display of more than 100,000 lights. My grandmother used to go there to dance in the El Patio Ballroom. It is rumored to have been the venue for all the major big band acts. I remember driving past it on I-70 as a kid and thinking, wow, that roller coaster looks like a death trap. Which really isn’t a stretch considering not much has changed in the last century. In fact the carousel on the property is the 1908 original and the amusement park has only changed hands twice! Once upon a time, Elitches was the amusement park to go to. But if you ask me, my heart is with Lakeside. 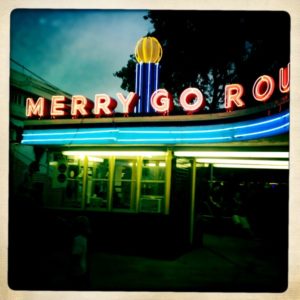 When you walk into the amusement park, it is literally like stepping back in time. The magic really happens when dusk hits and the lights go on, it becomes an art-deco lover’s dream. With the Victorian Era buildings, you can envision exactly what it was like on opening day, May 30th, 1908. While the swimming beach, casino, theatre, dance hall, race track, and public pool are no longer in operation, many classics survived, including the Cyclone Coaster, the Wild Chipmunk, as well as the miniature train that circles Lake Rhoda. The train has been in operation since day one offering passengers a slow but worthwhile trip with panoramic views of Lakeside after dark. 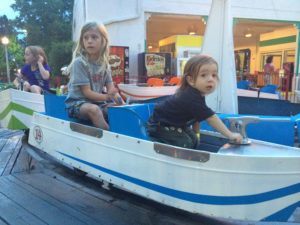 According to Denver Westword, there have been plenty of offers to buy Lakeside and/or develop the property…and no, owner Rhoda Krasner is not interested. Benjamin Krasner, Rhoda’s father, purchased the park in 1935. Krasner is notoriously uninterested in selling the property or partnering with investors to put money into “fixing it up.” The beauty of Lakeside may be in the eye of the beholder, but anyone who visits the park and appreciates its vintage charm, knows the park is fine just the way it is. Krasner has been known to say that part of the reason she hasn’t struck a deal is because she wishes to stick by her father Ben’s original intent of keeping the park affordable to all. 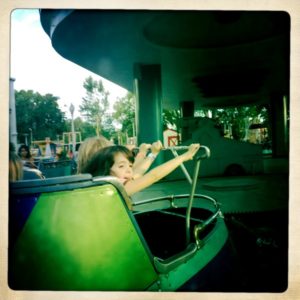 The little ones will be delighted with the fact that they have a kiddie playland geared especially for kiddos five and under. It is rare that you will ever have to stand in line, and if you do, use that time to take in the gorgeous mountain views and the reflection of the sunset on the lake. You can bring your own picnic and the cost to enjoy the park ranges from $3-$25. Talk about affordable family fun! In all honesty, there is a reason the prices remain low. Often times one ride will not have an attendant, but you move on to the next and know that when you roll back by, it will be open.  One must visit with an open mind and the eagerness to visit a park frozen in time. 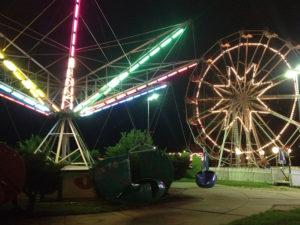 Personally, our kids favor ‘The Round Up.’ You know the one…this is the ride that starts out by spinning until the centrifugal force is enough to push riders against the wall. All the excess skin on your face pulls back behind your ears. The platform moves to a vertical position where riders, instead of spinning horizontally, are now spinning almost vertically. If this one doesn’t make you puke, head on over to the Tilt O Whirl. This one is sure to bring on the giggles and nausea. Bumper cars and the Ferris Wheel remain classics. Fill the space in between with a neon slushy, fried grater-taters, soft serve ice cream or funnel cake. All of the foods that pair so nicely with fast moving rides. For the faint of heart, there are several calming, slow moving rides that will keep your stomach where it belongs. Try the Skoota Boats, Rock O’Plane or the Flying Dutchman. 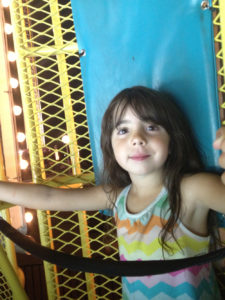 If roller coasters are your thing, look no further than the 1940s Cyclone, designed after a coaster that Ben Krasner once saw in New Orleans. This two minute thrill ride won “Landmark Coaster” from American Coaster Enthusiasts, a nonprofit organization that promotes and preserves roller coasters. This group also recognizes The Cyclone as one of 32 “Coaster Classics” in the world.  A huge part of the fun is in the fear that you are riding a coaster that looks a bit like termites holding hands. But don’t fret, it is well maintained. What it lacks in glamour, it more than makes up for it in old school charm.

Just thinking about the Cyclone reminds us of one of our favorite movies, “Parenthood,” when the Grandma recalls her fond memories of riding a roller coaster.

“You know, when I was nineteen, Grandpa took me on a roller coaster.

I always wanted to go again. You know, it was just so interesting to me that a ride could make me so frightened, so scared, so sick, so excited, and so thrilled all together! Some didn’t like it. They went on the merry-go-round. That just goes around. Nothing. I like the roller coaster. You get more out of it.” 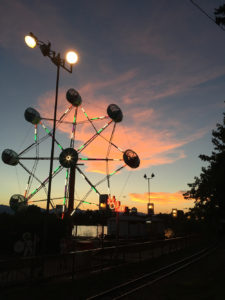 This metaphor for life is one that rings so true for the experience you’ll have at Lakeside. Fear, excitement and thrills all at the same time. Lakeside to me remains one of Denver’s best kept secrets. In our home, summer break just isn’t complete without our annual evening visit to this historic park. If you look closely at the nooks and crannies, you will see elements of it’s past that have since been shut down, giving you a glimpse into a kind of ghost town. Anyone interested in Denver’s past and the city’s rich history must put Lakeside on their bucket list.