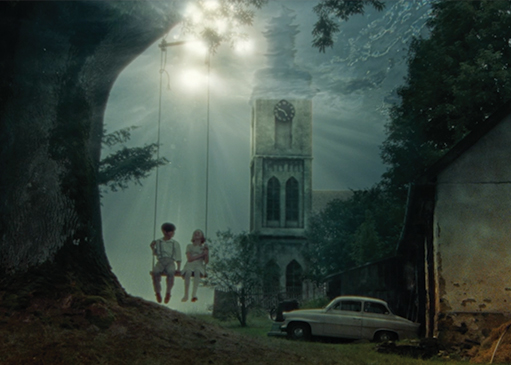 If you’re from Denver, Devotchka is a household name. This multi-instrumental quartet started by backing burlesque shows for Dita Von Teese and later found themselves Grammy nominees for their song “The Winner Is” (Till the End of Time), made famous by the popular indie film “Little Miss Sunshine.”

While they may have taken a break leading up to the release of their new album This Night Falls Forever, chances are you’ve been enjoying their talents without even knowing it. Take our word, they have been busy exploring the depth of their craft and we are lucky to reap the benefits of this gap. Their sound can’t be pinned down by any one genre, and their new album knows no bounds. Lead singer Nick Urata gives us a glimpse of what he and the band have been up to for the last seven years. 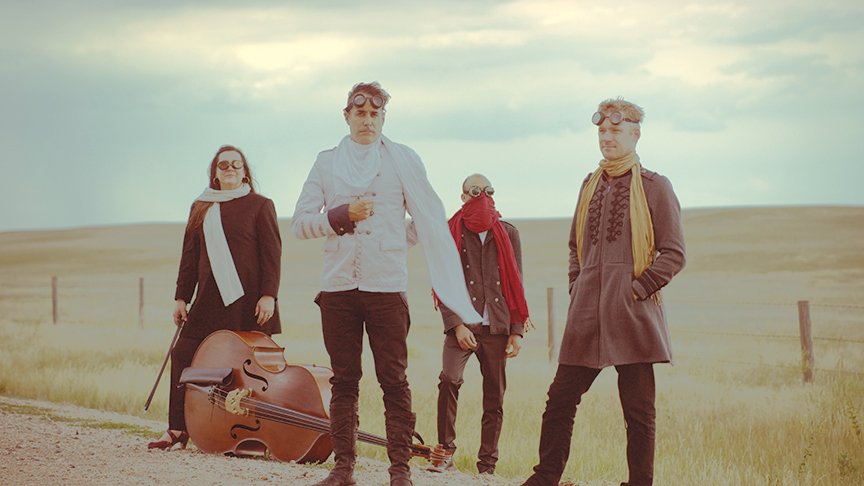 After nearly 7 years, Devotchka returns in 2018 for their 6th studio album “The Night Falls Forever.” Why the hiatus? And what sparked or inspired you to put together this new album after all this time?

Okay, fine, we got a little sidetracked but it was for good reason. We got to collaborate with a lot of great artists on some big productions, the kind we used to dream about when we started this band. ( i.e.  Willy Wonka at The Hollywood Bowl, A Series of Unfortunate Events, Paddington, Colorado Symphony.)

We never stopped playing and writing songs. When it came time to record we wanted to use what we learned and capture the orchestra’s we’ve been working with. The hope was to make a record that would stand the test of time.

How has being so involved in making soundtracks for major film productions changed the way that the band approaches song writing and music in general?

We were always chasing a sort of cinematic dreamscape. That eventually led us into actually getting to score films. Be careful what you wish for, scoring a film is a huge challenge and there is no room for error, but it forced us to learn production and orchestration tricks. In the end it made it easier to take chances and swing for the fences in the studio. 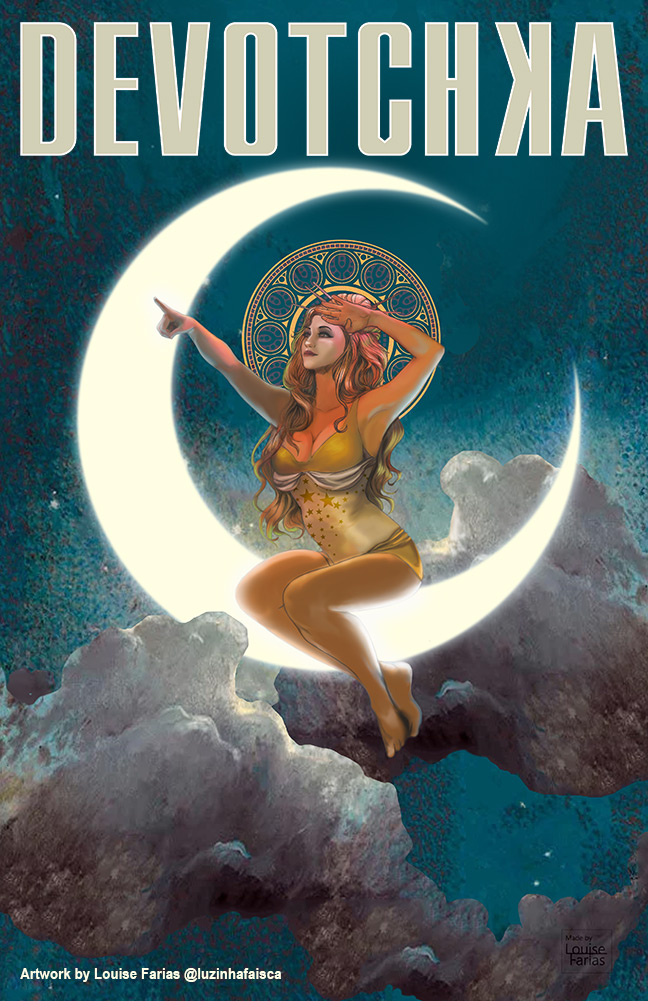 The new video Empty Vessels is beautiful! Who directed the video? Can you walk us through the making of the video?

It is by Czech director Martin Krejci. We made a film together last year called The True Adventures of Wolfboy. (it hasn’t come out yet)

We really hit it off and the film turned out great. I played him the song and he told me he had to do it.

The story is based on true events. In the Czech republic and elsewhere in that region, whole villages were lost due to mining and the exploitive government practices. The director’s family were forced to leave their ancestral home as it was covered in water for a new dam. You can actually still see the church steeple sticking out of the lake.

For the video we traveled back to the Czech Republic. We used all Czech actors and shot on location. My scenes were all underwater. I spent a very cold day in a soviet era olympic training pool with weights strapped to my legs.

Martin was able to shoot the whole thing on actual film stock with a 35mm camera. The results are pretty dreamy. It’s all on YouTube, and I urge your readers to check it out

You’ve been involved in the composition for award winning scores for film and cinema. What was it like to flip the coin and make a video like Empty Vessels? Does your music just inherently have a story-telling and visual element that makes it cinematic in its nature?

It was very inspiring to finally work on my own material for a film of this magnitude. There are some songs that can convey a story better than others. When it’s working the listener will fill in the gaps with their own memories or dreams. I think that’s why we connect to certain songs so deeply. It probably doesn’t  hurt that I got to use an actual Hollywood scoring stage for the strings on that one.

You have a devoted fanbase here in Denver. Do you have anything special up your sleeves for your upcoming Dec. 30 and 31st New Years Eve shows at the Bluebird?

The Bluebird is the coolest place in town, its haunted by the ghosts of a million great shows, stretching back to the vaudeville era.

Its the spot where we really found our audience in the early days. It always brings out the best of us.

We will have surprise guests and death defying acrobatics but best of all this will be the first time we will be playing our new album for our hometown friends.

What can fans expect to see in the future from Davotchka?

I swear, we will not take so long for the next record ….in the meantime we will be realeseing new EP recordings and more videos from This Night Falls Forever. 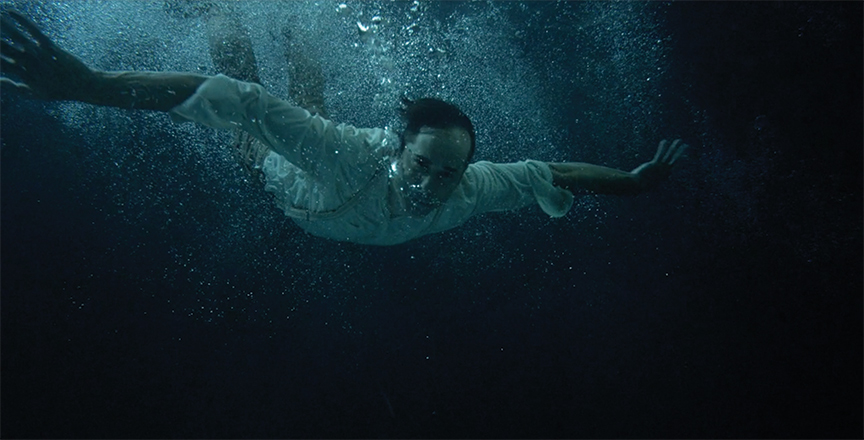 And just for fun, what’s on Devotchka’s playlist these days? Do you have any favorite local bands?

We just want to say the Denver music scene is truly unique and we are always inspired by the creativity that comes from it. There are too many favorites to name.

Here are just a few of the great ones that have played with us recently The Reminders, Porlolo, Heavy Diamond Ring and Slim Sessna.

Ghosts, death defying acrobats and the dramatic and mysterious story-telling sound of Devotchka. We can think of no better way to close out the year. See you at the Bluebird!