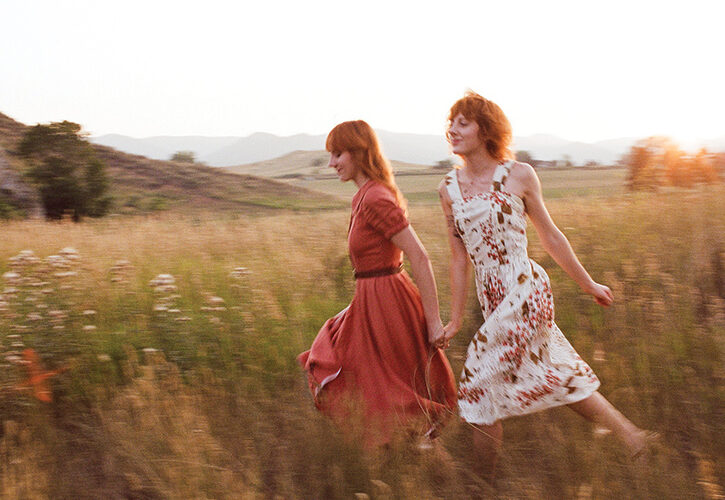 Meet Sophia and Jo Babb, identical twin sisters based in Fort Collins, collectively known as Companion. These 23-year olds, have dealt with more than their fair share of darkness. But it was from this low period, that they released their debut folk/americana album “Second Day of Spring.” Their music wraps around you like a warm blanket, beautiful, meditative and healing. We’re grateful to share their music and story with you, and we’re sure that you, too, will find solace in their work. 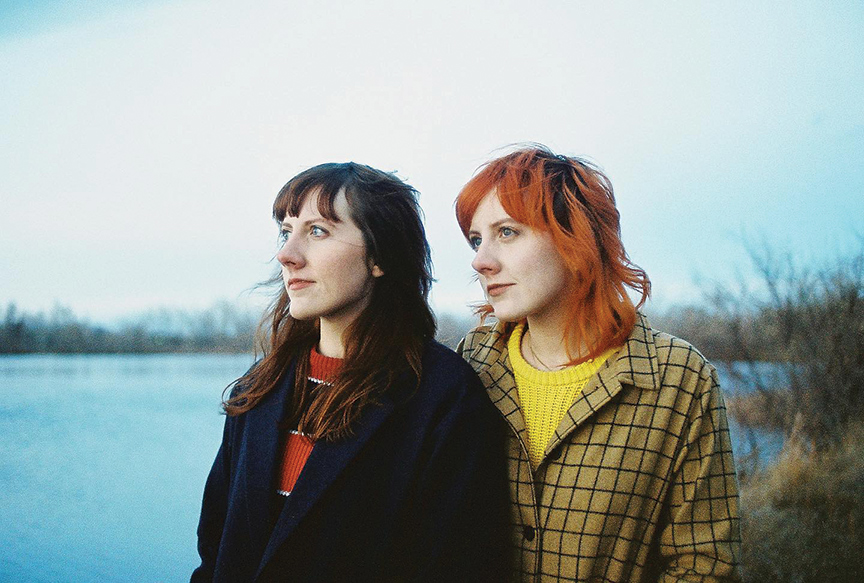 How would you explain Companion’s origin story?

Sophia: Jo and I sang together since we were able to — I have vivid memories of singing church hymns in our cribs together. Once we got old enough, we often sang together at church and school, and eventually learned how to sing harmony together. Music was a fun form of expression for us — but it wasn’t much more than that.

However, when we were thirteen, our lives turned upside down when our father took his own life. We had so much grief and emotion tied up within us — we didn’t know what to do with it. Our father loved music and guitar, so in an attempt to get closer to him, I started learning guitar a month or so after his death. A few months after picking up the guitar for the first time, I wrote my first song. I was hooked. I couldn’t stop writing.

Not long after that, Jo picked up the guitar and started writing too. The music was just pouring out of us. So, we formed a folk band with a couple friends, and from age 15-21 played every single weekend at festivals, fairs, bars, and clubs all over Oklahoma (where we grew up).

Once we moved to Fort Collins, Colorado at age 22, we felt like we needed a fresh start. Our sound had evolved, and we felt more confident in our songwriting and lyricism than ever. So, we decided to start making music under the name “Companion.” 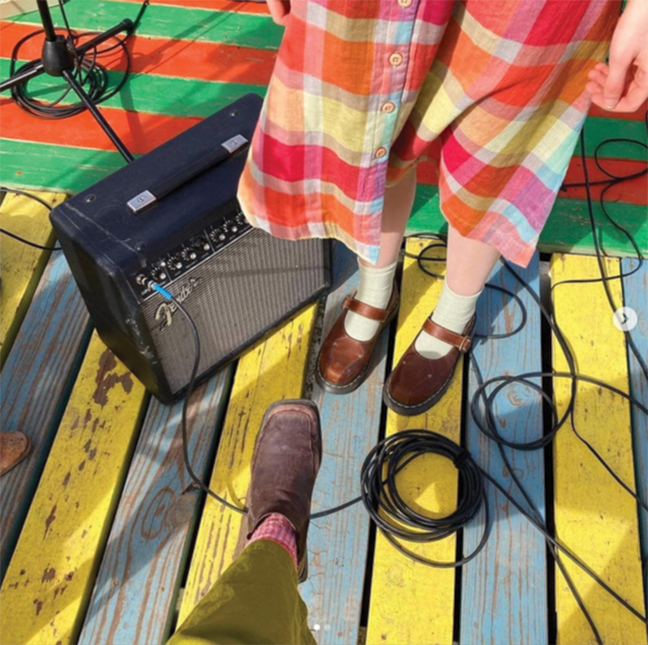 You’ve just released your first LP “Second Day of Spring.” Can you tell us about the recording experience and the behind-the-scenes of this first record?

Jo: The entire recording process for Second Day of Spring was beautiful from start to end. We got to record it in a barn on Courtney Hartman’s family’s property in the foothills of Loveland. We got to hear the sound of chickens, cows, horses and birds, all while looking out at a gorgeous view. The natural surroundings influenced the record in such a magnificent way — it felt like stepping into a new world every time we came in to record.

Also, recording with a female producer and engineer like Courtney Hartman was a privilege all in its own. Courtney brings a calm energy and steadiness that’s a salve for the stresses of recording and “getting things right.”

“Second Day of Spring” has such a powerful healing spirit about it. Your last ten years has been described as a “decade of darkness” and it has been noted that you have been building “lighthouses” along the way. Can you tell us about this experience?

Sophia: When our father passed away, we went through the darkest years of our lives.

Including Jo and I, we were a family of twelve children, so it was a huge blow to the foundation of our existence. Our mother understandably checked out for a few years and wasn’t ever the same, our family started falling apart, and then we lost a sister two years later. It felt like we couldn’t get a break.

We went through what I can only describe now as “the dark ages.” But ever since then, we’ve been fighting our way through it by writing & playing music as a salve.

Things took a turn for the better in 2019, when I moved to Colorado and got to grow into myself as an individual. The nature & beauty of the landscape paired with the kindness brought the most healing I’d ever known. Our lighthouses have been found in nature, in friendship, and in our lovers along the way. 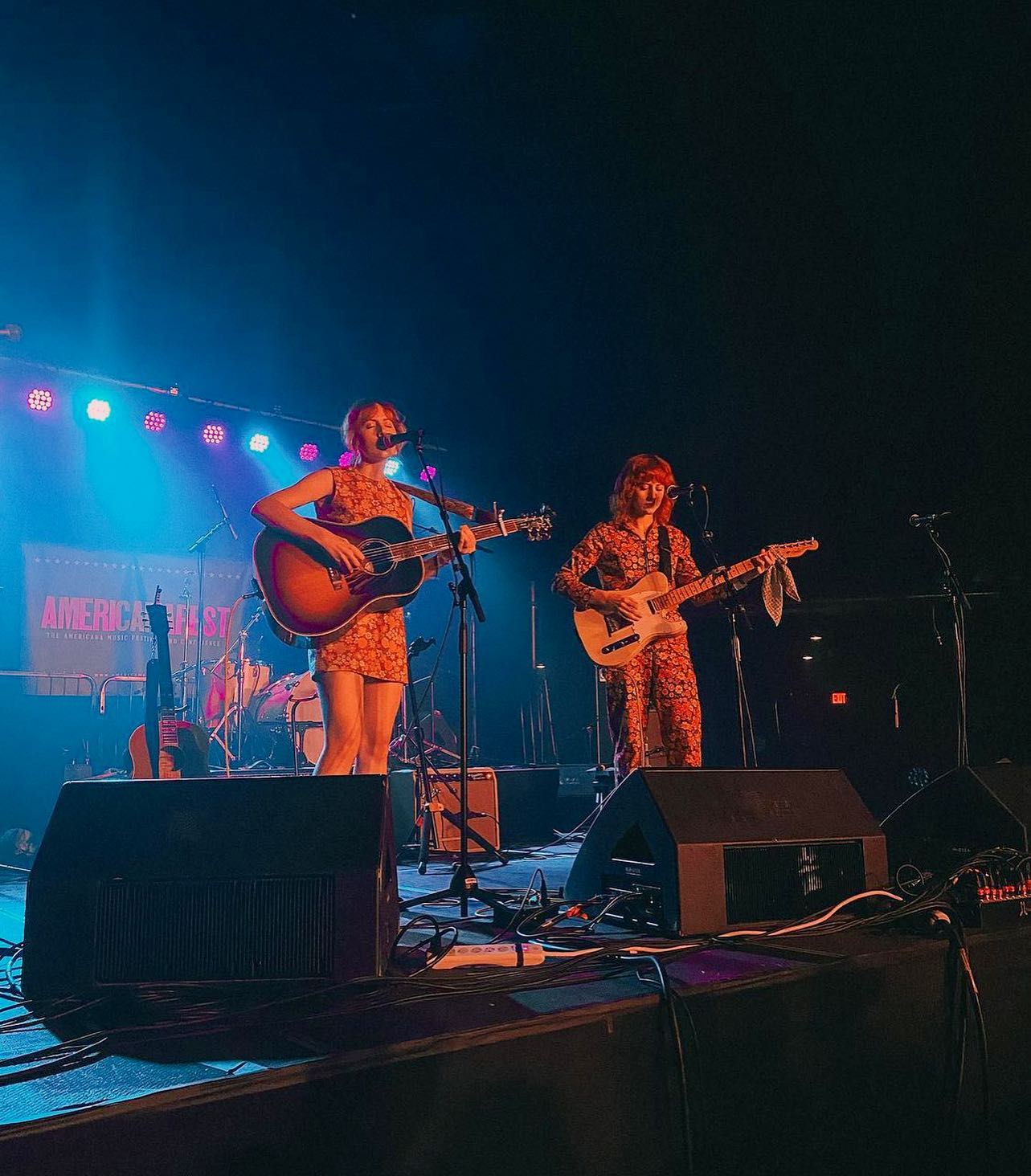 What do you want to share with people about mental health?

Jo: We often hear about the importance of maintaining physical health – but not nearly as much about what that looks like for mental health. For example, we know that if we want our bodies to be healthy & strong, we can eat good food, get consistent exercise, etc. But what does that look like for our brains? It can mean a variety of things, but a good starting point is meditation, therapy, and/or medication.

There shouldn’t be any stigma in asking for help, and feeling depressed, anxious or stressed everyday should be recognized as a valid problem that CAN be solved with the right care.

Song writing is such a fascinating form of art and writing songs as twin sisters must make the dynamic even more unique. How would you describe your writing process?

Sophia: It varies from song to song, but generally, we’ll each write a verse or melody independent from the other, and once we reach a point we feel stuck on, we’ll bring it to the other for help or input on where to go next. We often help each other by adding the finishing touches to a song, or providing constructive criticism to get the song as best as it can be.

You recently toured with the amazing Tori Amos. We’d love to know more about this adventure.

Jo: It was a whirlwind. It was our first tour, let alone our first national tour. We played 30+ shows in 27 cities in a span of two months and drove thousands of miles. It took everything out of us, but it also showed us the reality of what it is to be a full time, touring musician. It’s by no means glamorous. We got COVID and were sick during part of the tour, we barely slept – we even still worked our remote jobs while on the road (which in hindsight was not something I’d recommend).

That being said, it was a privilege and a gift to play for thousands of people each night, and we’ll remember it for the rest of our lives. Tori Amos is a light beam of a human and even just being in her presence feels like magic rubbing off on you. We’ll be forever grateful to her for bringing us along!

Where do your musical and artistic inspirations come from and what music do you currently have in rotation?

Sophia: Honestly, a huge one for both of us is Big Thief (and Adrianne Lenker & Buck Meek of Big Thief). Their writing has inspired us for years, and we take a lot of notes from them and their honest & prosaic songwriting. We also love Samantha Crain, The Paper Kites, Ada Lea, Maple Glider, Palehound, and Hand Habits.

Can we expect Companion to be playing in Denver anytime soon?

Jo: We’ll be playing at the Fox Theater in Boulder on December 10th, opening for Covenhoven! It’ll be our last show of the year, so definitely not one to miss.

It seems like you’ve got so much on the horizon right now. What’s next for Companion?

Sophia: We’re recording some demos, writing songs, and resting for the time being. We’ve been loving being at home in Colorado – gardening, going on hikes, living slowly. That was the setting we were in when we wrote Second Day of Spring, so we’re using this time to be intentional and write the next record, letting ourselves follow wherever circumstance takes us.

Thank you both so much for sharing your story. We can’t wait to see you live in December!