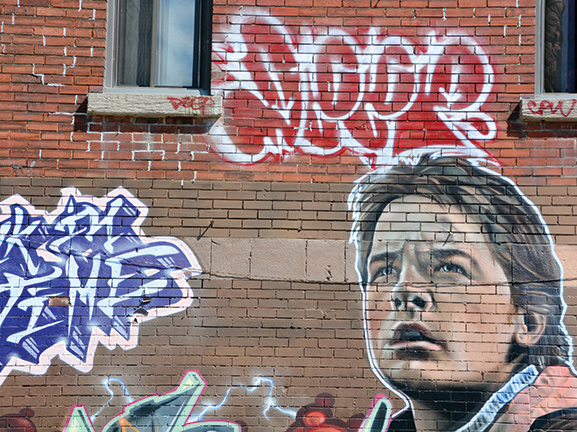 BACK AGAINST THE FUTURE

Forget about trying to hit 88 mph in a rusty old DeLorean because the future is already here. It’s coming at us so fast now that it almost feels like our everyday life in some way is a form of time travel. It’s hard to imagine that mankind is even ready for the advancements coming down the pike. David Bowie nailed it in his song Changes when he said “Turn and face the strange, Ch-ch-changes, There’s gonna have to be a different man.” With that being said, we don’t have to go back to the future, we have to just keep up with it. This article hopes to explore a few pieces of evolving technology and culture that, being hard to fathom, are redefining humanity. These ch-ch-changes are right around the corner. So get ready and don’t be that grumpy old senior yelling, “You damn kids, get off my virtual lawn!” 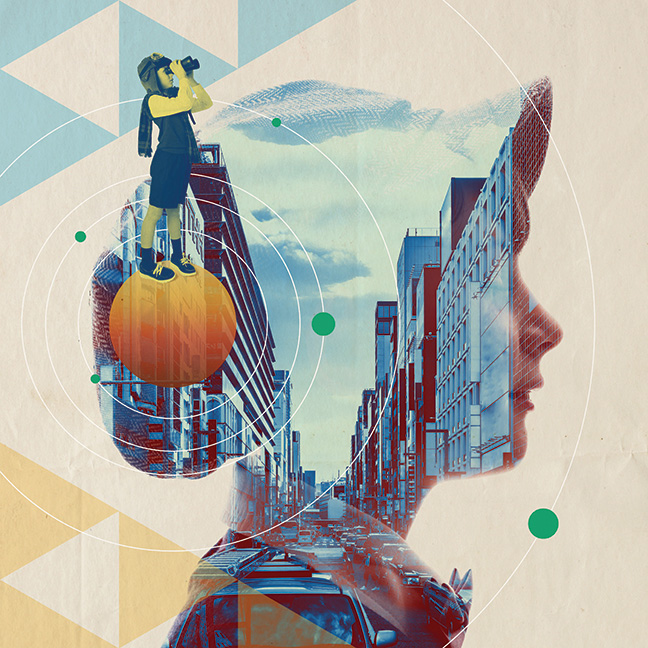 In the next five years, $1,000 will  buy you a computer able to calculate at 10^16 cycles per second (10,000 trillion cycles per second).That’s the equivalent processing speed of the human brain.

Remember when you used to pump quarters in the Space Invaders machine at Pizza Hut, competing for the bragging rights of being on the top of the high score list. Well those days are light years in the past.

Today streaming technologies have significantly facilitated access to live eSports broadcasts and championships. Anyone worldwide with a computer can experience this ESPN like broadcast.

Fortnite just held a tournament with prizes adding up to 30 million dollars. The first place winner received 3 million about the same as a Wimbledon champion. Financial reports have shown an undeniable success coming from this industry and a comparison to tradition sports shows that cultural and social elements are very close, as competitiveness and social characteristics are easily found in eSports. With that said, eSports has the potential to surpass many traditional sporting events, in terms of viewer-ship and revenue. 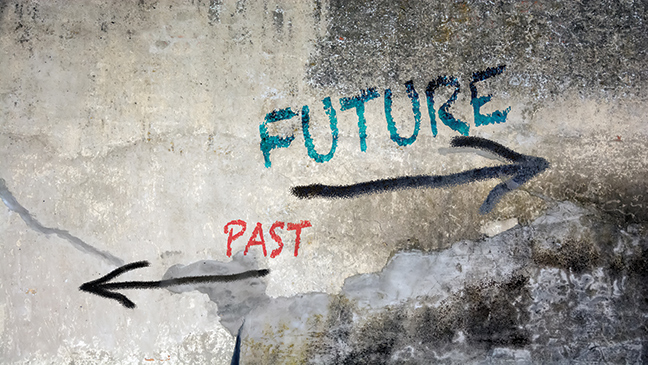 Flying cars? Not yet, but buckle up because transportation is getting turned onto it’s head. The electric car revolution is under way and while it took 40 years (1880–1920) for electric motors to replace steam engines, in nearly half that time, and by 2040, only half of the vehicles on the road will still be powered by fossil fuels, and all new vehicles sold will be EVs.

So we’ll all be driving electric cars soon, right? Nope, you won’t be driving at all because the “self driving car” revolutions is simultaneously evolving. It’s been predicted that it will take 35 years for autonomous vehicles to replace human drivers across the world.  People won’t own autonomous vehicles because there wouldn’t  be any point in ownership. You will just hail them with your iPhone 21. They’ll arrive, operated by Uber or Lyft or whoever owns the market at that point. Autonomous vehicles will potentially “solve all of our mobility issues, eliminate car collisions, and massively reduce congestion. They will transform cities — making parking lots obsolete, freeing up as much as 30% of city space, and allowing us after 100 years to reclaim our streets back from cars and ugly traffic”  (Peter H. Diamandis, MD). Okay, this is definitely ambitious, but in one way or another it is on its way. Next stop, flying cars.

It starts with 5G, the next generation of mobile broadband, which is basically here. Latency, or the time it takes devices to communicate with other wireless networks, will drastically decrease. Not only are speeds increasing but, we’re heading towards a world of perfect knowledge. There will be over a trillion sensors gathering data everywhere (autonomous cars, satellite systems, drones, wearables, cameras) and you’ll be able to know anything you want, anytime, anywhere. You will also be able to query that data for answers and insights.

Artificial intelligence will, likewise, make strides in the next decade. “If you think Siri is useful now, the next decade’s generation of Siri will be much more like JARVIS from Iron Man, with expanded capabilities to understand and answer” (Peter H. Diamandis, MD). Soon you will be able to give your AI access to listen to all of your conversations, read your emails and scan your biometric data and your AI will evaluate the data  and act as needed. This convenience will be immense and change the ways that we interact with the world. 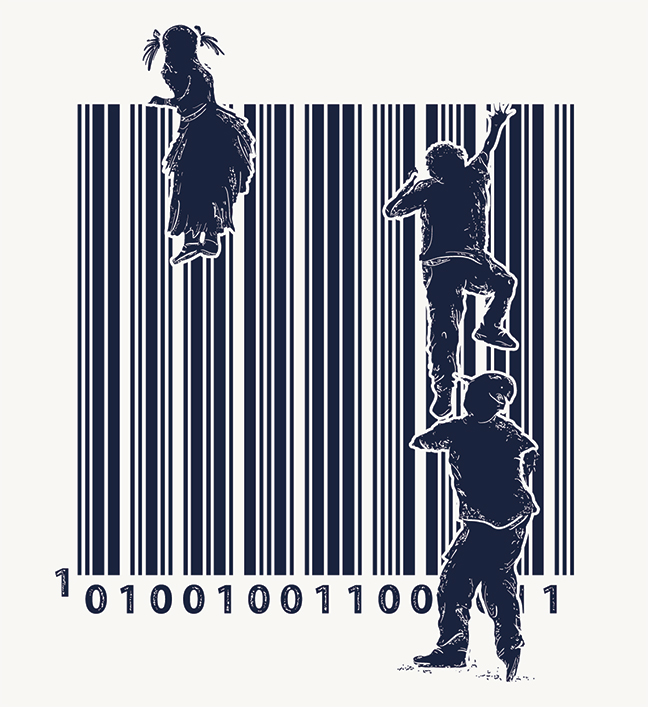 “We will grow from three to eight billion connected humans, adding five billion new consumers into the global economy. ” (Peter H. Diamandis, MD).  There will be tens of trillions of new dollars introduced into the global economy. Practically everyone will access to the world’s information on Google, cloud 3D printing, Amazon Web Services, artificial intelligence, crowdfunding, crowdsourcing, and more.

Current healthcare institutions will be crushed as new business models will dematerialize, demonetize and democratize today’s bureaucratic and inefficient system. “Biometric sensing (wearables) and AI will make each of us the CEOs of our own health. Large-scale genomic sequencing and machine learning will allow us to understand the root cause of cancer, heart disease and neurodegenerative disease and what to do about it. Robotic surgeons can carry out an autonomous surgical procedure perfectly (every time) for pennies on the dollar. Each of us will be able to regrow a heart, liver, lung or kidney when we need it ” (Peter H. Diamandis, MD).

Your phone, your computer and your TV will disappear and be replaced by stylish eye-wear. This new technology will eventually cause “disruption in a number of industries ranging from consumer retail, to real estate, education, travel, entertainment, and the fundamental ways we operate as humans” (Peter H. Diamandis, MD).

Tribalism is fundamental to humanity as we have always gathered in communities, but the internet has allowed us to both connect globally, while isolating ourselves locally. Therein lies the danger.  We can connect with those who share our passions, our interests, our politics and our fetishes on a global scale now. Is fragmentation a good or a bad thing? It’s neither. It just is. Once we can accept that, we can start dealing with it and make realism our guide.

Back Against The Future

One year of technological advancement today is worth several decades of advancement only a century ago. This article is just a glimpse into the near future, which is accelerating faster than ever. There’s so many other ways the world will be changing that will impact every corner of life as we know it. Technology will unquestionably play a tremendous role in the more obvious discourses like, climate change, our energy usage, food and waste etc. The next 50 years will mark some of the most incredible moments in our evolution. The point is to recognize that we live in the most exciting time ever. We can’t turn our backs to it. There is only one way to go, so embrace it and be a part of our unimaginable future!