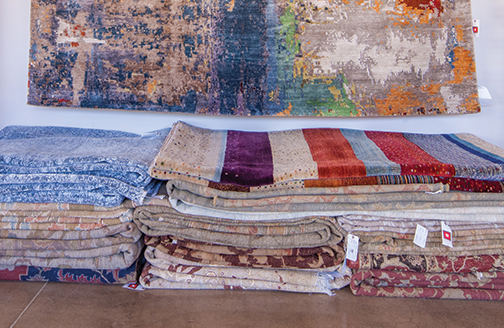 ARTISAN RUG: BRINGING THE WORLD INTO YOUR HOME

When we first met Jeff and Tiffany Deutsch of Artisan Rug, we were delighted at the realization that this company all started when a ski bum’s plans took a different turn. Full transparency? It was founded by two hippies with a vision. To hear Jeff talk about those good ole days with pure joy and animation, made it clear we had to share their story, and we were lucky enough to sit down with his wife and business partner, Tiffany, for the details. 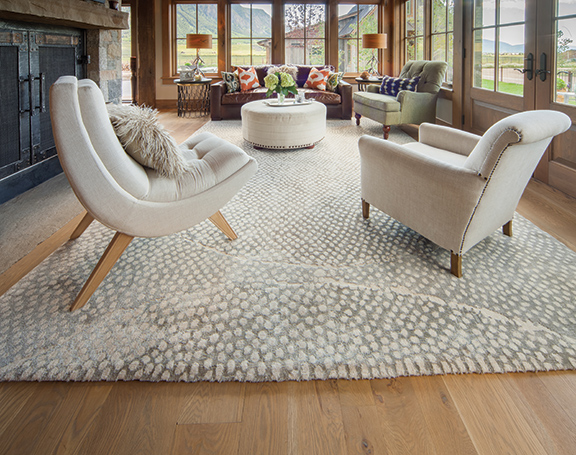 Let’s start at the beginning. We love the story of how Jeff found himself in the business of rugs. Can you share with us how this journey began?

The story goes back 25 years, when Jeff was living in Crested Butte in the late 80’s, early 90’s, taking a break from college to do a little ski bumming. He had worked double shifts waiting tables the winter of 89/90 to save money so he could spend the summer in Argentina teaching skiing. There wasn’t enough snow for the ski areas to open that year, so he made the obvious decision to travel the region instead.  He found so many amazingly artistic treasures that he ended up trading his possessions (climbing shoes, gear, watch, etc) for.  He sent his finds to his mom back home to keep until he returned from his trip.  She ended up selling most of what he sent, to her friends while he was still traveling and sent him the proceeds so he could buy more and that was the birth of the business.  He spent the first few years a bit more mobile in his endeavors, selling out of his VW bus at festivals and music events. Eventually he set roots in Crested Butte and opened his first store in 1991. The early years were spent traveling the world during the off-seasons (spring and fall) and bringing more and more of the world home to Crested Butte.  The focus evolved over time and became more home oriented with the final push to strictly rugs in 2003.  We opened our second showroom in Bozeman, Montana in 2007 and Denver in 2009.  We are opening in Charlotte, NC any day now. 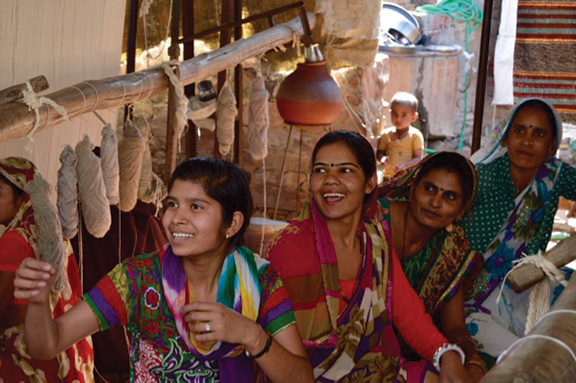 It is clear that each piece in your collection has been handcrafted with love. Can you tell us a bit about these women and your travels to India?

As you can imagine, India has crippling poverty, widespread corruption and many other challenges.  However, the weaving culture in India is vibrant and robust. Thankfully the industry provides a stable working environment for many communities and rural areas that would otherwise be less fortunate. The time we’ve spent in the villages getting to know the weavers and their families has been profoundly impactful and enlightening.  We live in such strange times, where you continually hear of the fear of foreign cultures and belief systems but our experiences bring us hope. The beauty and acceptance we find while traveling, despite our cultural differences, is a stark contrast from what you’d expect and we treasure the experiences.

From a designer’s perspective, what are you both inspired by?

We work with so many amazing design professionals.  It’s easy to be inspired on a daily basis! I would have to say I’m inspired when I follow a project from beginning to end and watch the process unfold.  It’s truly something to see a vision on paper and a few scraps of fabric transformed into someone’s dream home.  Being a part of that process to help create a haven for our clients inspires me to find that same sanctuary in my own home. 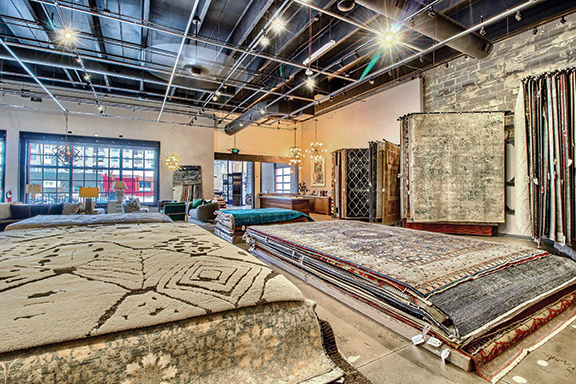 Your rugs are breathtaking statement pieces that tie together a room. Can you tell us about a favorite place or home that you’ve had the opportunity to style?

That’s a hard one…. We recently worked with a client in Estes Park and I have to say that house was in my top 3!  It was built into a rock wall and was floor to ceiling glass.  The views were unparalleled… I literally felt like I was hang-gliding while looking out the living room windows. They opted for a textural felted wool piece that really softened the rock and stone, that was abundant in the home, allowing the views and natural environment to be the highlight of the room. It’s so fun to drive by homes in Wash Park that we’ve worked on… particularly a certain modern beauty right on the park that will be featured in January in design publication, Luxe. We also worked on 2 homes in Cherry Hills last year that were truly stunning works of art. One was more traditional in nature, and the other more contemporary.  We feel so lucky to work with some of the most talented designers in the state!

You strike us as Coloradans to your core, working in a very metropolitan and maybe at times stuffy environment. How do you keep grounded and true to your roots?

Our relaxed nature and desire to connect personally with our clients really make it easy for them to relax with us and alleviate some of the uppity sides of design.  For the most part, our designer clients are true Coloradans as well and we share and bond over our love of this beautiful state! Whether you are a city slicker or a mountain dweller, I think we all find so much gratitude and appreciation in calling Colorado home.  I was personally really excited to spend some time in the city after almost 30 years in Crested Butte.  I’m from LA originally so I sort of fell back into city life rather easily.  We spend a lot of time in Crested Butte visiting our friends and family and working in our shop. It always feels like home. I’m actually typing this from a cabin on the Taylor River outside of CB with our family for Thanksgiving. Staying very rooted! 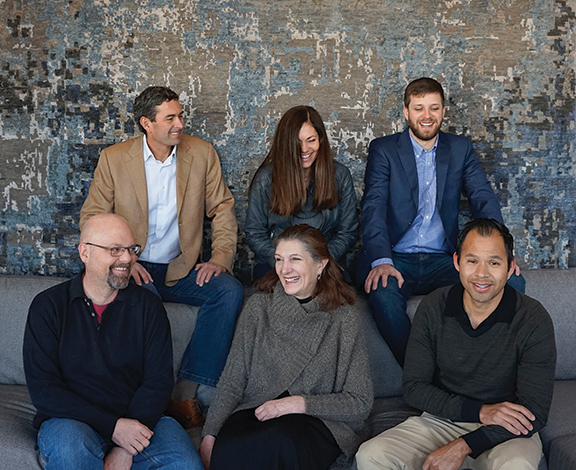 You’ve been Wash Park residents for years now. How does our neighborhood compare with Crested Butte? Do you find yourself being called back to the mountain town, or is this where you will stay rooted?

We decided in December 2014 to spend the spring in Denver and explore the possibilities of growing our business here.  The only neighborhood I knew the name of was Wash Park… so naturally I looked for rental houses here. It didn’t take long to recognize that we made the right decision.  Wash Park has such a strong community feel, yet was so close and convenient to the city itself.  We figured, if we are leaving the mountains for the city, let’s do it right!  We enrolled the kids in Steele Elementary and landed here Feb of 2015.  We only committed initially to 4 months in Denver but that was almost 5 years ago, so I think it’s safe to say we have found roots here in Wash Park.  We envision a future spending time in both the mountains and Denver… and perhaps a tropical locale if we can pull it off.

We see the two of you a decade from now, retiring in a VW van and setting off to travel the world. Is this far fetched?

I’d say you hit the nail on the head…haha.  We both obsess over various recreational vehicles.  My latest love is an off-road pull behind RV with an outdoor kitchen that would make it to remote locations.  But we also have our eye on the new all electric VW van as well. We’ve done so much international travel, that we think about spending a year or so driving around North America in whatever crazy rig we can find.  We spent quite a few years back-in-the-day buying in Mexico and driving around for months at a time in our 1976 bright green Suburban, named Kermito)…  Looks like we will come full circle at some point in the not so distant future.  Our youngest will graduate high school in 2025 so we are most certainly working on our plans for the next chapter!

We’re glad you didn’t end up becoming a ski instructor, Jeff, but rather a seasoned traveler who had the eye and vision to bring the world into our homes. If you don’t already know Jeff and Tiffany, remedy that and stop by their Denver studio, where they will greet you with open arms and show you their thoughtfully curated collection.