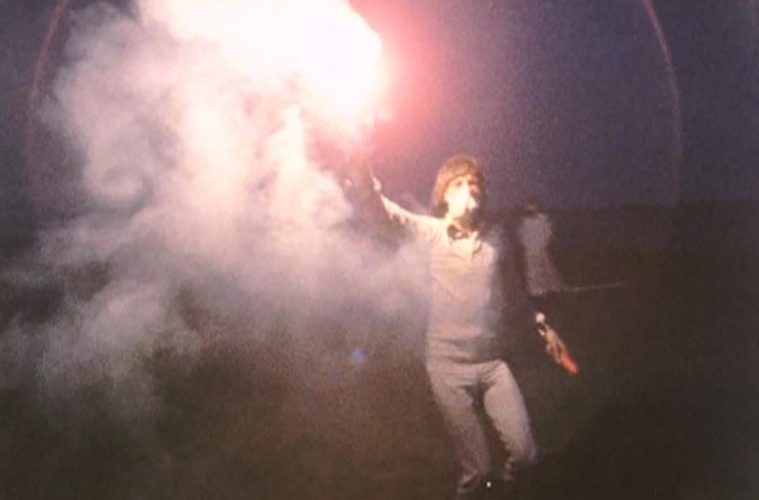 THRU MAY 31 – Denver Art Museum

This installment of Eyes On will feature London-born, New York-based artist Anthony McCall. Landscape for Fire presents five performers dressed in white set fire to pots of gasoline laid in a vast grid across an airfield in North Weald, England. The second in a larger suite of seven fire performances staged between 1972 and 1974, Landscape for Fire is Anthony McCall’s primary record of the series. Shifting configurations of light and dark unfold across a thirty-six-point grid, as the field of grass becomes a meadow of light. The recorded performance consists of members of a local art collective called Exit walking a precisely choreographed pattern across the field to ignite small fires. The grid of flames grows incrementally throughout the film and the sharp scratching of matches, the erupting blazes, and the brisk wind create the aural tempo of the film. This pattern is punctuated by the sound of a foghorn and the hiss of a flare. These noises become the soundtrack for the non-linear visual narrative.