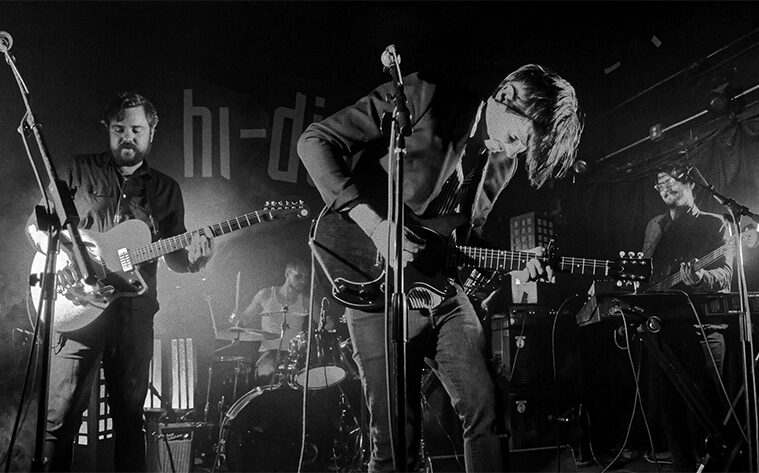 It’s fun to witness the beginnings of a great band, but what is even cooler is to see how they evolve and develop into a mature and confident band that is aware of what makes them special.  In 2015, Turvy Organ began this journey and after releasing The Ghost at the Feast in 2019 and with a new record in the works for a 2021 release there is no question that they are coming into their own. We caught up with lead vocalist and guitarist Ilya Litoshik to get into the moment with this awesome Denver outfit. 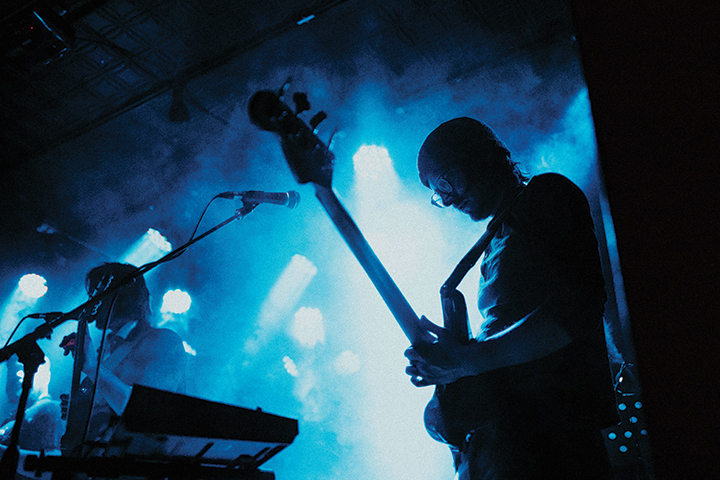 First, I have to say that I love your band’s name! How did you decide to call yourselves Turvy Organ?

I came up with the name after purchasing a Casio Synthesizer from a thrift store in Austin, Texas that would never play the right notes and would write melodies on its own. That’s how I got the name Topsy Turvy Organ which was later shortened to Turvy Organ.

Turvy Organ has been around since 2012 and has undergone several different iterations of the band since. Can you tell us a little bit about the history and evolution, as well as, where you’re at now?

I started writing music under the name Turvy Organ in the winter of 2012  in Austin, Texas, mostly playing open mics and documenting songs and ideas onto a tape recorder. After moving to Denver, Colorado I met Paul Simmons and immediately started recording a few ideas I’d been working on. We never planned on having a full band with 6 members. We wanted to keep it simple with a broken folk kind of feeling taking influence from early Modest Mouse and Bob Dylan. The project quickly grew much bigger than just the two of us. We put together a band with the help of Paul’s brother Adam on drums and Sister Zoe on keys as well as an amazing percussionist Anthony Duran, but nothing lasts forever. After only a year and a half the band went through some disagreements, which led to some members leaving the band. Paul, Anthony and I were left to reimagine what Turvy Organ means to us and how we were going to play these songs with only three members. I think this change was necessary for me to find a side of myself and the band. Very soon after that I started writing a collection of songs that would reflect this change and the struggle that can sometimes occur in families and friends. These songs would make up The Ghost at the Feast. It was a personal journey that can’t be forgotten. 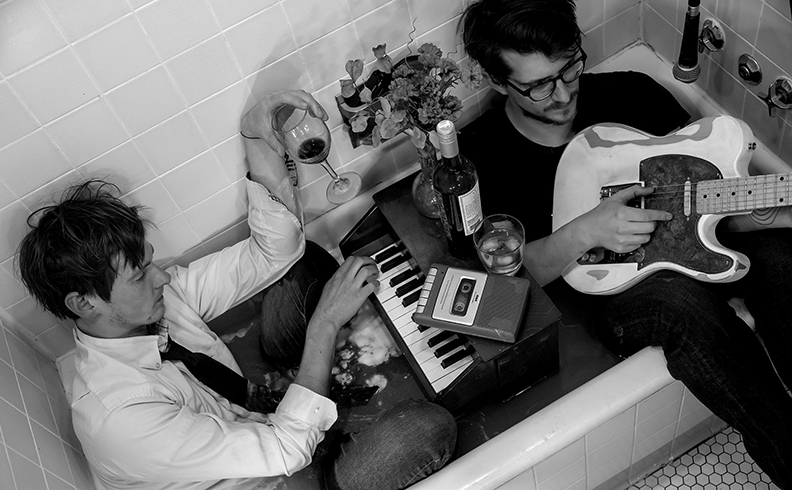 In 2019 you released The Ghost at the Feast, which demonstrates such thoughtful songwriting from the beginning to the end. The album has a unified sound that is unique and catchy at the same time. It’s simple at first until you uncover the layers of complexity and the arrangements couldn’t be better. To me these are the marks of great songwriting. Tell us a little bit about your process?

My process tends to vary but heavily inspired by the intricacies of classical music. When I was writing The Ghost at the Feast I was working as a fine gardener for my friend and would spend that time brainstorming lyrics and fleshing out melodies while working in the dirt, It was a very grounding moment for me. Sometimes i would rely on my subconscious stream-of-thought and write lyrics on the spot only later to discover the meaning, keeping the process fresh and surprising for myself.

You have a new 2020 single out called Cold Water. Is this the beginnings of more new releases? Or maybe even a new album?

We are currently working on a new album called The Devil and the Deep. We don’t have a release date set yet for the album but you can expect a new single very soon.

indie-rock can no longer be consider cutting edge because it’s been around for a long time now, but that doesn’t mean that it’s not still an incredibly creative and viable genre. What’s your take on the current state of indie-rock and the community that surrounds it?

Indie-rock can be just about anything due to its vague nature and experimental qualities. I believe indie-rock gives many musicians the freedom to release material without feeling like they have to conform to a specific sound. 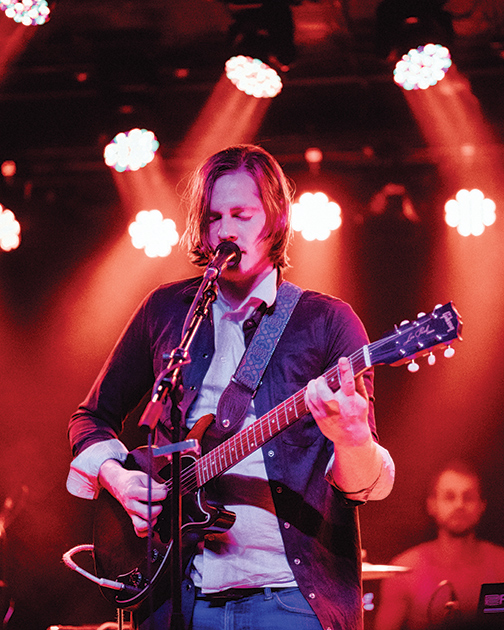 You started out self-recording and your new recordings are top notch. Where did you record The Ghost at the Feast and where have you been recording recently? How has this part of your process evolved and can you offer any tips to those out there trying to record their own music?

The Ghost at the Feast was recorded by Paul Simmons and myself in our basement in Denver, Colorado. We spent the last few years building our own studio. Our latest single Cold Water was recorded with Mark Anderson an amazing engineer and the drummer from a wonderful Denver band The Still Tide. When it comes to recording music it’s not so much about the gear you have or how much money you spent on your art it’s about what the song means to you and the passion behind what you choose to share with your fans. Some of my favorite songs are lo-fi and recorded on a 4 track.

You guys have some self-proclaimed influences like Wolf Parade, Bright Eyes and Modest Mouse, but it feels like there is more in there. I swear I hear the Pixies at moments. Do you have any other less obvious influences that help to make up your secret sauce which lends to your unique sound?

The first record I bought was Dookie by Green Day, they started me down my path of wanting to be a musician. I later found a lot of influence in bands like The Microphones and Animal Collective as well as Liars.

One of the best performances this summer, on the virtual Underground Music Showcase belongs to Turvy Organ. What was it like being a part of this virtual experiment and how have you been dealing with the idea of being a band during the pandemic?

We were thrilled to be part of the UMS this year and very happy to be performing even if it’s virtual and viewed through the black mirror of our phones. We are musicians through and through and write music for ourselves as much as we do for our fans. It’s been difficult not being able to see family and friends or being able to perform for them but we are all in this together.

Okay, so I fell in love with a few songs that are out there floating around on the internet, but they’re not on Spotify? Now, I’m not one to start conspiracy theories, but a lot of people thought Paul McCartney was dead for a while. There’s the song you played on the UMS showcase and another called Illuminated Man from The Stoop Sessions one youtube and, of course, your first album The Soft Light are all obscured from existence just like McCartney had been. For your seriously concerned fans, what can you say to help shed light on these mysteries?

Mysteries are everywhere. Unfortunately i can’t really say much about this one at this time. The Deluxe version of The Soft Light is available on Bandcamp (www.turvyorgan.bandcamp.com). Illuminated Man, The Needle and the Cult will be on the new record called The Devil and the Deep.

What’s on the horizon for Turvy Organ? Any new releases, upcoming shows or gossip that we should know about?

We are in the studio right now recording our newest album and can’t wait to share it with you in 2021. We also had a show at Larimer Lounge on Saturday, August 29th. As you know show’s are very limited and tables had to be reserved, this was a very special and intimate night and it was great to play socially distancing with our fans and family.

Thanks so much to Ilya for taking the time to connect with us. Like so many things these days we’re just going to have to wait until the new year for their new record which I’m suspecting, based on some early live youtube releases, will be some of Turvy Organ’s finest work to date. Until then be sure to check out their previously released material because you’re going to have a new local favorite!