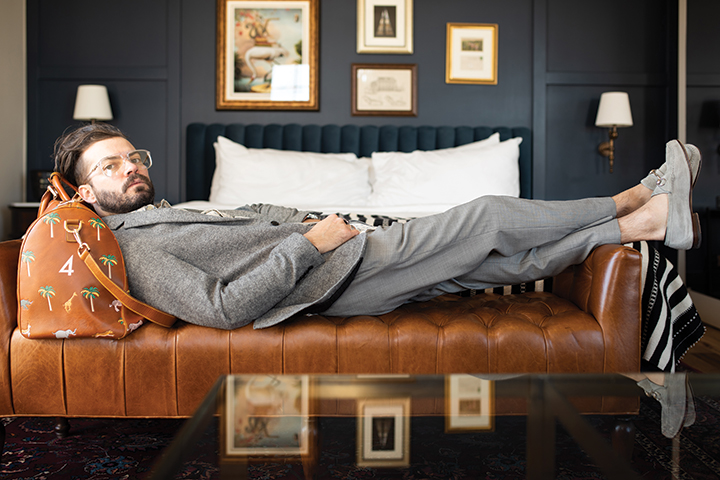 If you’ve been paying attention to the indie rock scene, you’ve probably heard the name South of France before. Denver-based frontman and composer Jeff Cormack has been hard at it for a while, racking up accomplishments like opening for Flaming Lips and Portugal the Man, songs featured in shows Bojack Horseman and Shameless, and a recent live performance on NPR. Remember That Cool Thing We Did is the first full-length record from South of France, and it’s a sunny culmination of years of toil, detours and dedication to the craft. We were grateful for the opportunity to learn more about Jeff and his craft. 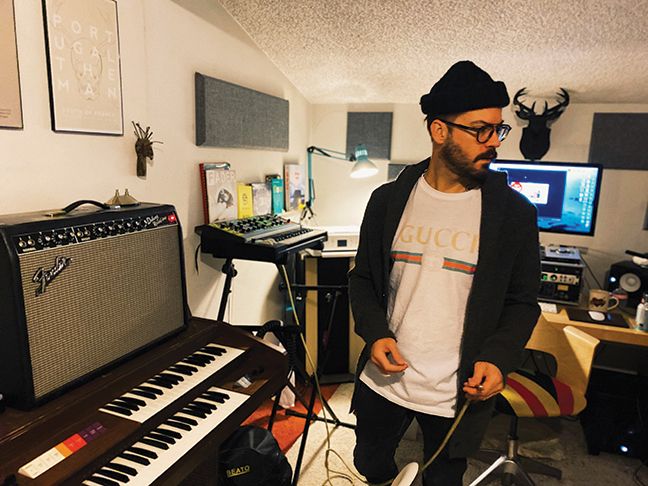 There’s folklore about the origins of South of France, how you named the project and you ending your old career and deciding to work full time at music. For all of us music history buffs, can you share this story with us?

Ha! Yeah, music has always been a huge part of my life. I’ve always had a music project going since I was a kid. My high school band was semi-serious, for a high school band and we played a ton of cool shows with some pretty big artists like Minor Threat, The Aquabats etc.  Since then, I’ve  just always written and recorded music. At the time I decided to start South of France, I had been making music on my own, recording with some friends, and working on some cool production and writing projects. I was on vacation in France when I had the revelation that I might be o.k. at this music thing, and I’m going to start a music project and really put a lot of work into it. I came home from France and just gave 100% to music from that  point on.

South of France Started in 2012. It’s been nine years, how would you describe the evolution of the project since then?

I kind of know what I’m doing now.  Haha.  When I started this project, I had no intention except to work really hard and make objectively good music. Now, I feel like my career is really just starting and that I’m finally in a place where I can run wild with this project. I’m starting to really find my voice and vibe a little bit at a time, and I’m excited to keep working on new tunes. 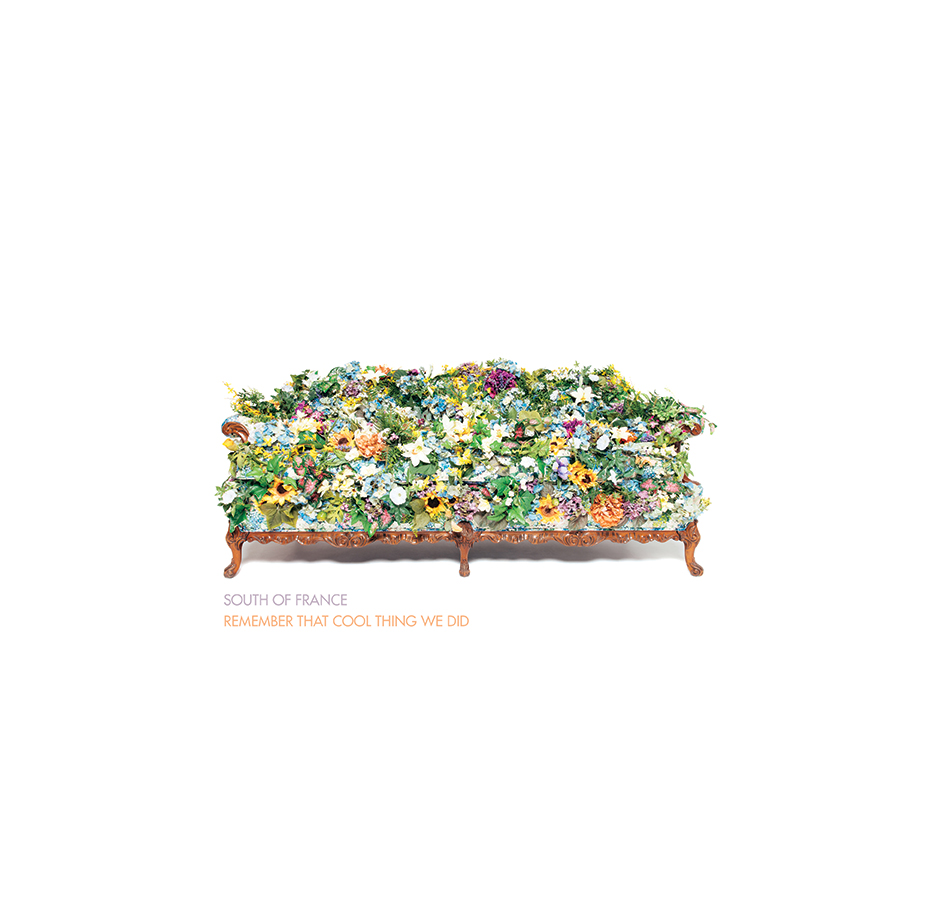 There are so many different genres and sub-genres of music these days. And of course, there is every combination in-between. This being said, how would you describe the South of France sound? What are the driving influences?

Right? It’s so cool.  All of this amazing, genre-blurred music is going nuts right now.  For me and South of France, I’d say I land somewhere on the poppy side of indie rock.  I’m a huge music consumer and listen to a ton of pop, hip hop, and indie rock. I spend a lot of time on the Spotify Viral Chart, Pollen, and Undercurrents playlists. I’m sort of chasing this elusive and perfect guitar-pop song that I know I have stored somewhere in my head and there are so many awesome artists out there to listen to and learn from. There’s so much happening with new and interesting production methods. It’s really cool.

Your debut album, Remember That Cool Thing We Did, just came out in February of 2021. What was it like putting this record together?

It was a lot of work. ha! This was a really great chapter for me.  I found a lot of my own soundscapes and grooves that I had been after for awhile, and I also developed a bunch of skills, tricks and ideas that I’m looking forward to using on future songs. I feel like I finally have a collection of songs that I’m happy with for this project and am looking forward to building from here. It’s exciting. 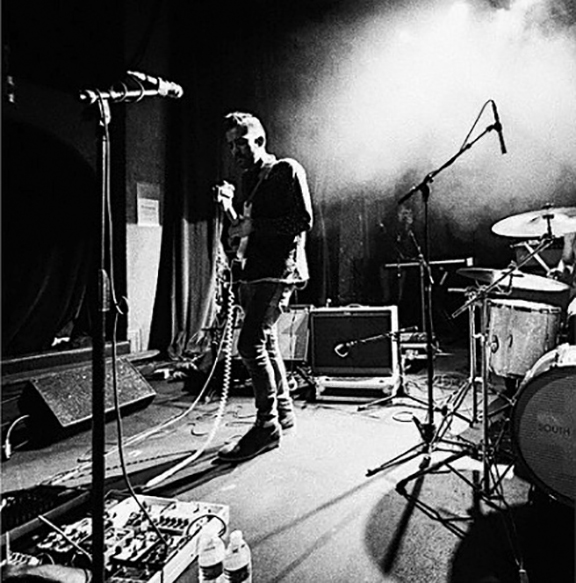 South of France has shared the bill with artists like The Flaming Lips and Portugal The Man and has even had the first single, “Comme Ca” from the new album featured on Netflix’s Bojack Horseman. Can you tell us a little bit about these experiences?

These experiences are priceless for independent artists, and I’m so thankful for all of these opportunities. It’s such a great feeling when someone …anyone connects with your work and you’re able to collaborate on a cool show, song, film, tour etc. It’s these experiences and connections that keep me going. All of these things are little cultural time stamps and it’s really cool to be a part of it, in some small way.

You’re not only playing most of the instruments on the new record, but you are at the center of every part of the process, from songwriting, recording, production, mixing and mastering. How do you manage wearing all of these hats?

For this project, I’ve learned to accept the fact that I just really want to create what I’m hearing in my head, and that usually works out best when I do everything on my own. It gets a little out of control in my head at times. Ha!  I’ll have 3 different parts from 3 different songs playing simultaneously, but I’ve sort of learned to live with it and work with it.  Getting straight to work first thing in the morning really helps me. I feel like there’s less of everything happening in my head first thing in the morning and I’m able to get ideas laid down. It’s also made me get significantly better at every instrument. That part has been fun …but thankfully technology exists to help me sound much better and makes things much easier.

There are so many people making music in their basements, bedrooms and home studios these days. Can you share your process and some tips about how to be successful in this new and exciting way of producing modern music?

It’s so amazing what you can do from home and a huge portion of the music that’s very successful, and that I love, is DIY music.  DIY culture is what got me excited about music as a kid. To me, this the most interesting and exciting part of music. I still try to approach every project with a DIY attitude because I feel like some of the most magical things happen when you have limitations and sonic obstacles that you are forced to overcome. Technology has sort of democratized the ability to create and because of that, the barrier to entry has never been lower and creative content production has never been higher. It’s so awesome. If I had any advice I’d say, just keep creating and releasing content.  Use all of these creative tools, get weird, make some cool stuff, release it for everyone to hear, and find your people.

We are absolutely mesmerized by the “Hideaway” video. How would you describe the concept and the making of the video?

Awesome! Thanks so much! I had an entire shoot planned with a crew and then Covid put an end to it. However, this video came out pretty cool. I just scoured the internet for old super 8 footage that worked well with the music to create a nostalgic vibe with a subtle, non-serious commentary on what it means to “win at life.”

It’s starting to feel like we’re moving towards a post COVID universe. What does this look like for South of France? Can we expect to see you playing live soon?

Yay! Yeah, I’ll be out there with my amazing band (shoutout Greg and Travis) as soon as it’s safe and we can get some shows lined up. We can’t wait to play these songs live.  Hopefully soon. For now I’m just working on finishing another album and staying busy with the project while we all wait for the world to open again.  Hope to see everyone out there!

Thank you, Jeff, for taking us through your journey. To learn more about South of France visit www.southoffrancemusic.com.