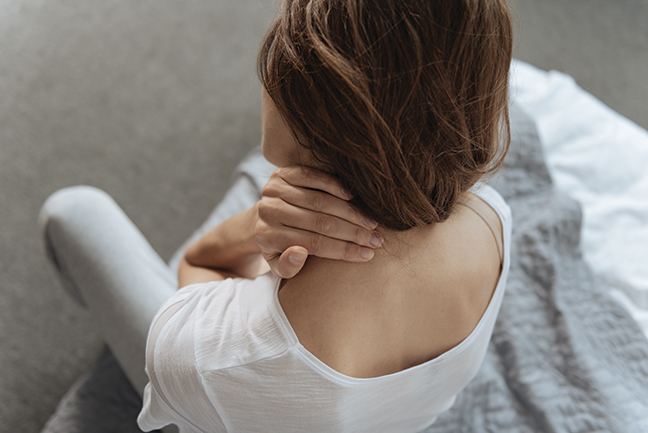 Have you ever woken up in the morning with a ‘kink’ in your neck? A sharp or dull pain that makes it nearly impossible to turn your head to the side. This is a simple example of what chiropractic adjustments are better at solving than any other treatment available, period. When joints in your neck or back ‘lock up’ and make it nearly impossible to move, a good chiropractor is your most valuable asset. How in the world did therapeutically popping joints become its very own extension of our healthcare system? It all started with dozens of early chiropractors being jailed for treating and healing because they so strongly believed in what they were doing.

In 1895, a hunch that popping joints relieved symptoms, created chiropractic as a profession in Davenport, IA. One man, a magnetic healer named DD Palmer delivered the first adjustment when his hands felt an upper back bone that seemed to be out of place. In doing so, he provided relief to the first chiropractic patient ever. Long before this, however, spinal manipulation was a known therapy in ancient Greek, Roman and Egyptian cultures. DD founded Palmer College two years after the first adjustment. For many years, chiropractic was a profession based on vitalism, spiritualism and naturalism without much science to back it up. Drama ensued when the established medical profession proclaimed chiropractors were practicing medicine without a license and they were subsequently jailed! Sidenote – it may surprise you to learn that the American Medical Association (and organized medicine in general) was established in earnest between 1901 and 1910, when board exams and school accreditation were finalized. Chiropractic was in its infancy right around the time that medicine was hitting its stride. The first state to license chiropractors was Minnesota in 1906, Louisiana was the last in 1974! Colorado licensed chiropractors in 1917. The scope of practice of doctors of chiropractic is regulated state by state.

Chiropractic, means ‘done by hand’ from the Greek ‘praxis’ and ‘cheir’. Research surrounding the safety and effectiveness of chiropractic adjustments took off in the 1980s, at which point the chiropractic education became much more evidence-based. This also allowed private health insurance, Medicare and the military to support coverage of chiropractic treatment (although still minimal coverage in many cases). The profession is growing rapidly and chiropractors are becoming more and more specialized in areas such as sports, functional medicine and pediatrics.

As doctors who specialize in the musculoskeletal system, chiropractors are among the best at diagnosing and treating the spine without drugs or surgery. Doctors of Chiropractic (DCs) take a thorough history and exam, order imaging (Xray/MRI) when necessary and are also licensed to order lab tests. In a healthcare system where referrals can be complicated and appointments with specialists can be hard to come by, DCs are becoming a more crucial part of the process. In addition, one of the main reasons patients present to the ER or Urgent Care is back pain where their main option for treatment is pain medication. Chiropractors are saving patients money and often expediting their diagnosis and treatment. If medical intervention is recommended, a chiropractor often can expedite the referral.

Chiropractors are sometimes defined by how we treat vs. what we treat. We are unique in that we are the main profession to utilize the powerful and safe joint adjustment (manipulation) to solve many symptoms and injuries. In addition, it is the understanding of the mechanics, physics and anatomy of how joints, muscles, ligaments and nerves work that set DCs apart from our medical counterparts. DCs attend school for 4 years after undergraduate, which includes analogous science and diagnostic education to medical school. The main divergence is DCs spend years studying joint mechanics and manipulation versus pharmacology and procedures. Our education is so thorough, that in the last 13 years chiropractors in our office have discovered multiple cases of cancer in adults and children, bone infections, joint infections, kidney infections, fractures, preeclampsia, and many other serious conditions that would not be treated in our office.

Today, confidence in doctors of chiropractic has escalated and rightfully so. Our malpractice insurance is low, our research is strong and our education is second to none. Our first priority is an accurate diagnosis, followed by efficient and effective treatments. Treatment effectiveness means that professional and amateur athletes rely on chiropractors for sports performance. Easier births mean expecting moms, OBs and Midwives trust and include chiropractors as part of their care team. Strong relationships with pediatricians, neurologists, physical therapists, chiropractors and many other medical professionals means patients are receiving comprehensive care.

The Future of Chiropractic

In addition to the staple of the adjustment, the toolbox for a chiropractor has grown to include spinal decompression, infrared laser therapy, kinesiology tape, Graston, ART, Manual Therapy, nutritional supplements, active rehab therapy and many other non-surgical, non-drug treatments. Conditions treated go far beyond the spine as well. Chiropractors have success with treating all varieties of sprains and strains, shoulder, elbow, wrist, hip, knee and ankle injuries as well as jaw and headaches. Teams, corporations and even hospitals are staffing chiropractors to elevate the healing of their athletes, employees and patients. October is Chiropractic Health Month. For more information, visit www.acatoday.org.