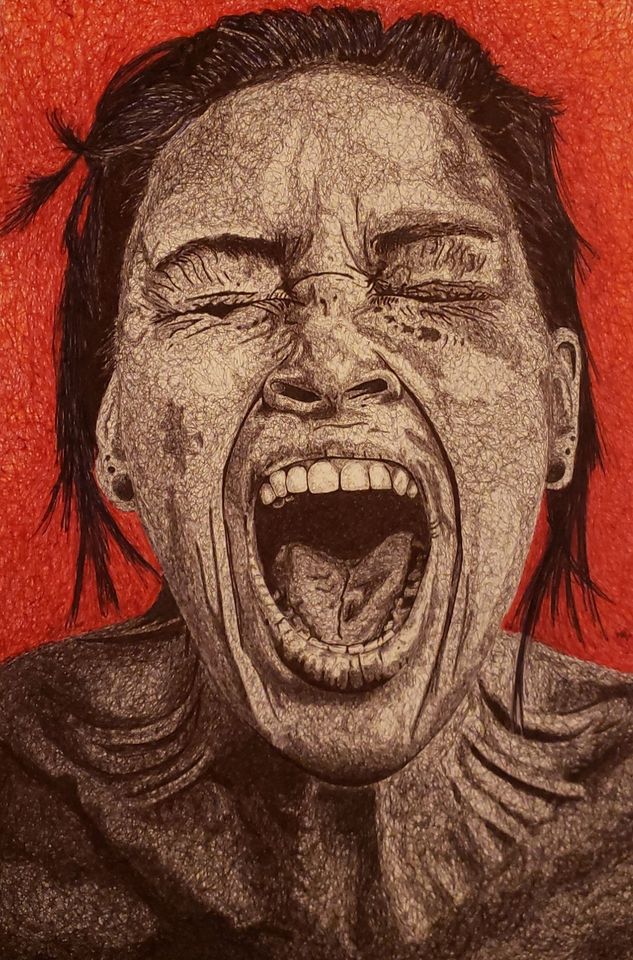 MAY 14-30: Georgia Padilla : Courage Over Comfort – Next Gallery Next Gallery is pleased to present Georgia Padilla, “Courage Over Comfort.”  The Exhibition: Courage Over Comfort is the mantra I made for myself during a Brene Brown therapy group. My work emphasizes the importance of ending the stigma around mental illness, and the suffering we endure in silence. I use images to invoke strong raw emotions and somatic responses from the body to validate that we are connected to each other through our stories; even when they differ. We are not alone. This show embraces the vulnerability and the courage for me to step into the arena and show the raw struggles I deal with in private and how it might present itself to the public or others around me. I use curtains as a metaphor to the unveiling of my private struggles while the public pieces are uniformed and exposed to the viewer. This interactive display of public vs. private will give the viewers a deeper more intimate view into my daily struggles and inner darkness. Let’s start the conversation- It’s okay not to be okay. Gallery hours are Fri 6-10 pm, Sat 12-5 pm, Sun 12-5 pm.

NOW ON VIEW: The 19th Century in European and American Art – Denver Art Museum In newly-installed galleries, view about 85 artworks from the museum’s collection by Claude Monet, Berthe Morisot, Paul Cézanne, Édouard Manet, Willard Leroy Metcalf, Pierre-Auguste Renoir, Childe Hassam, and others that tell a story about one of the most important times in art history. The 1800s were a pivotal time in Europe and America, marked by incredible change and upheaval. Complex and contradictory, these 100 years witnessed the tension of opposing forces. The industrial revolution happened alongside the exaltation of unspoiled nature; political revolutions alternated with the restoration of conservative regimes and in art, the century began with a craze for antiquities and ended with a march toward abstraction, a shift so groundbreaking that there is hardly any comparison with centuries past.  The 19th Century in European and American Art features mostly French paintings and, in particular, landscapes. This is not accidental, as Paris, the capital of France, became the art center of Europe during the 1800s, and landscape, once considered among the least prestigious genres in painting for its lack of moral content, flourished as one of the most expressive and collected subjects. 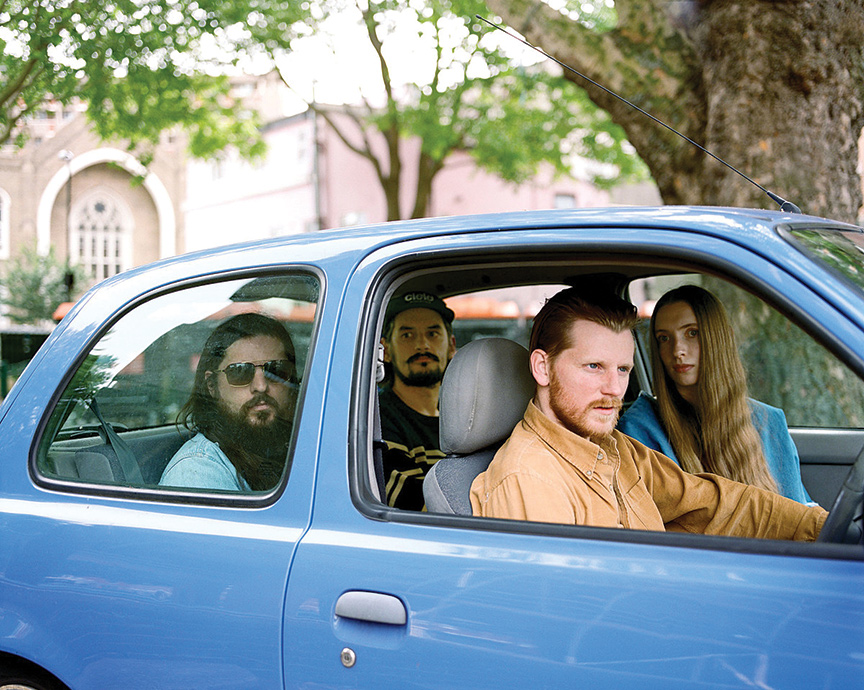 Dry Cleaning – New Long Leg The London art-rockers’ outstanding debut is a droll album full of surreal images, bizarre obsessions, and sense memories. The cumulative effect of Florence Shaw’s narration is inexplicably wonderful. On New Long Leg, Dry Cleaning emerge as a Rorschach test for listeners’ guitar revivalism of choice. There are echoes of Black Sabbath, the Smiths, the Strokes, even Wilco on the closest thing to a ballad, “More Big Birds.” But it amounts to something tougher and more original.

St. Vincent – Daddy’s Home St. Vincent’s sixth album, “Daddy’s Home,” comes with a new look, this one a short blonde wig and cocktail dress and a disheveled vibe. “’Daddy’s Home’ collects stories of being down and out in downtown NYC,” she says in the album announcement. “Last night’s heels on the morning train. Glamour that’s been up for three days straight.” 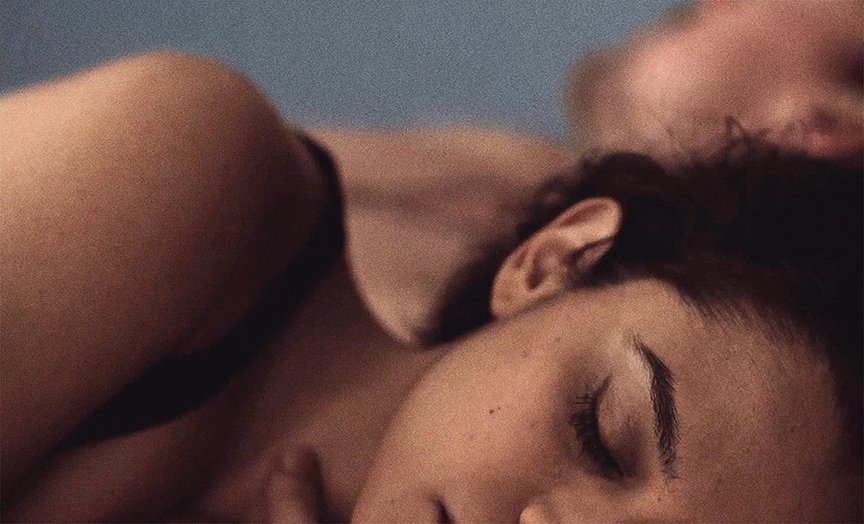 MAY 14: The Killing of Two Lovers – In Select Theaters & On Demand David is trying to keep it together. He and his wife, Nikki, are going through a time of transition and allowing each other space to figure out what it is they want from life and from their relationship. But there is one major issue: David doesn’t want space. He just wants things to get better, and he plays along with Nikki because he suspects it’s the only thing that may keep them and their four kids together. But he is hotheaded, jealous, and terrified of losing his family—an explosive combination in a claustrophobically small town where private lives seem impossible to preserve. Director Robert Machoian has a storytelling style that requires your full attention and an open mind. The Killing of Two Lovers is a captivating study on masculinity, love, and ambiguity, propelled by impressively nuanced and honest performances.

MAY 14: US Kids – Available at denverfilm.org From Kim A. Snyder, director of the Peabody Award-winning documentary Newtown, comes an insightful, rousing coming-of-age story of a generation of youth leaders determined to take the reigns and fight for justice at a most critical time in our nation’s history. Sparked by the plague of gun violence ravaging their schools, Us Kids chronicles the March For Our Lives movement over the course of several years, following Emma Gonzalez, its co-founders, survivors and a group of teenage activists as they pull off the largest youth protest in American history and set out across the country and globally to build an inclusive and unprecedented youth movement that addresses racial justice, a growing public health crisis and shocking a political system into change.

MAY 14: Limbo – In Select Theaters & On Demand An unexpected comedy about following a dream, Limbo is a wry and poignant observation of the refugee experience, set on a fictional remote Scottish island where a group of new arrivals await the results of their asylum claims. It centers on Omar (Amir El-Masry), a young Syrian musician who is burdened by his grandfather’s oud, which he has carried all the way from his homeland. Written and directed by Ben Sharrock.

MAY 28: Enter the Dragon – Red Rocks Film on the Rocks 1973s Enter the Dragon revolves around 3 main characters; Bruce Lee, a man recruited by an agency to investigate a tournament hosted by Han, since they believe he has an Opium trade there. Roper and Williams are former army buddies since Vietnam and they enter the tournament due to different problems that they have. It’s a deadly tournament they will enter on an island. Lee’s job is to get the other 2 out of there alive.

JULY 9 – SEPTEMBER 26: Van Gogh Alive – the Experience – The Hangar at Stanley Marketplace The Denver Center for the Performing Arts, Stephen Lindsay & Brett Sirota and Andrew Kay Management in partnership with Grande Experiences present Van Gogh Alive. This multi-sensory, digital art experience gives visitors the unique opportunity to immerse themselves into Van Gogh’s artistry and truly venture into his world. Traditions of tiptoeing through silent galleries and viewing paintings from afar in quiet contemplation are forgotten as visitors find themselves interacting with art in ways they never imagined. Van Gogh Alive and tickets may only be purchased online at denvercenter.org. 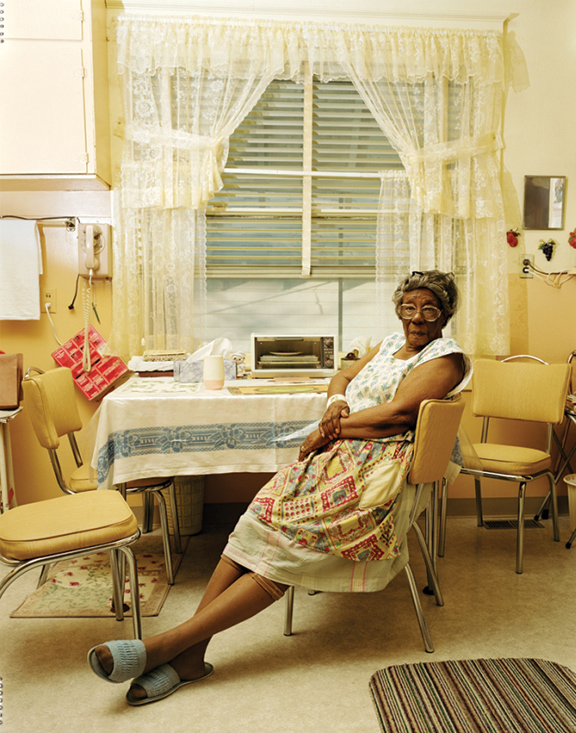 MAY 15, 22 & 29: Apron Chronicles: A Patchwork of American Recollections – Curator Chat – History Colorado Center When the major traveling exhibition known as Apron Chronicles premiered in 2005, its primary focus was to transport us to a simpler time. Today, as we contemplate how to move forward from a turbulent and disrupted present, Apron Chronicles gives us the opportunity not to escape reality but to see it in a different light. Come explore the themes of hope, connection, survival, achievement, regret, and liberation, as told from the healing perspective of connectivity. Join us on one of these carefully curated intimate tours for groups of ten or fewer on Saturday mornings. Meet us in our lobby for some coffee and socialization and then experience a guided tour by the writer and curator of the exhibit, EllynAnne Geisel. The brand new exhibit will feature a juxtaposition of photography, recollections, and aprons that highlight the complexity of the human experience. Curator chats are ideal for community, family and small groups seeking intimate ways to learn and share experiences together. Singles are welcome to sign-up as well and join on one of these tours.

MAY 25 – JUNE 1: Vivaldi by Candlelight – Stanley Marketplace An intimate evening of classical music by candlelight with ambiance in a beautiful venue. Enjoy a stunning classical music performance by local Denver musicians at a safe and socially-distanced event, ensuring you are comfortable and at ease. One alcoholic or non-alcoholic drink included with each ticket. Every Tuesday from May 25 to June 29. 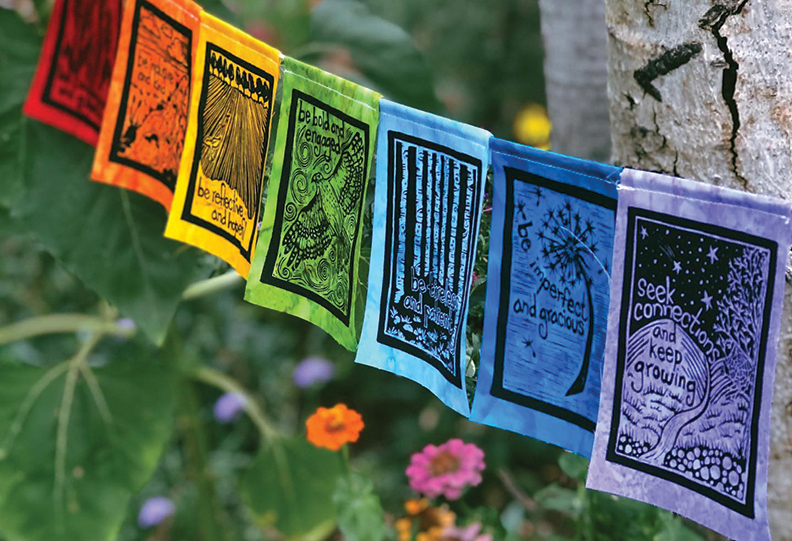