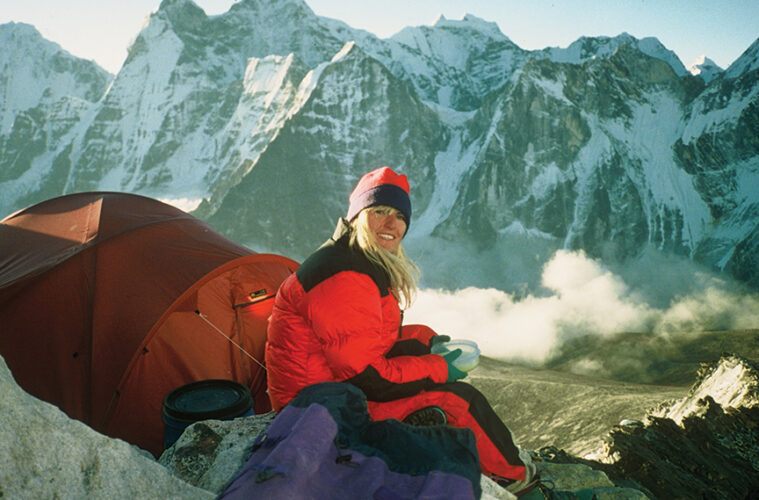 EDGE OF THE MAP: THE MOUNTAIN LIFE OF CHRISTINE BOSKOFF

Denver author Johanna Garton is a woman after our own heart. She’s dabbled in nonprofit consulting, college teaching, multiple marathons, and even moved with her adopted children to China for a year, so their family could experience the culture and lifestyle of where her children came from first-hand. She shares their personal stories and experiences in her 2015 release Awakening East: Moving our Adopted Children Back to China.

Garton says the year she and her family spent bonding in China ultimately led her to her next chapter writing her latest release Edge of the Map: The Mountain Life of Christine Boskoff, which takes place largely on the Tibetan border. Voted “The Next Must-Read” by REI’s Uncommon Path Magazine, Garton’s book chronicles the uplifting and moving story of Boskoff, the most celebrated American female mountaineer of all time. When she and her partner Charlie Fowler went missing in 2006 on a summit attempt in central-western China, Garton’s mother, also a journalist, began a ten-year deep dive into Boskoff’s story, as well as a close relationship with Boskoff’s mother. She devoted herself to the project until a diagnosis of Parkinson’s disease made it clear that Garton was made to pick up where she left off and ensure Boskoff’s story was told.

With roots beginning in Appleton, Wisconsin, Garton and Boskoff both eventually established lives here in Colorado, and we think Boskoff’s strength, determination, and boundless love for the mountains is the awe-inspiring story you’ve been looking for to help kick off your new year. 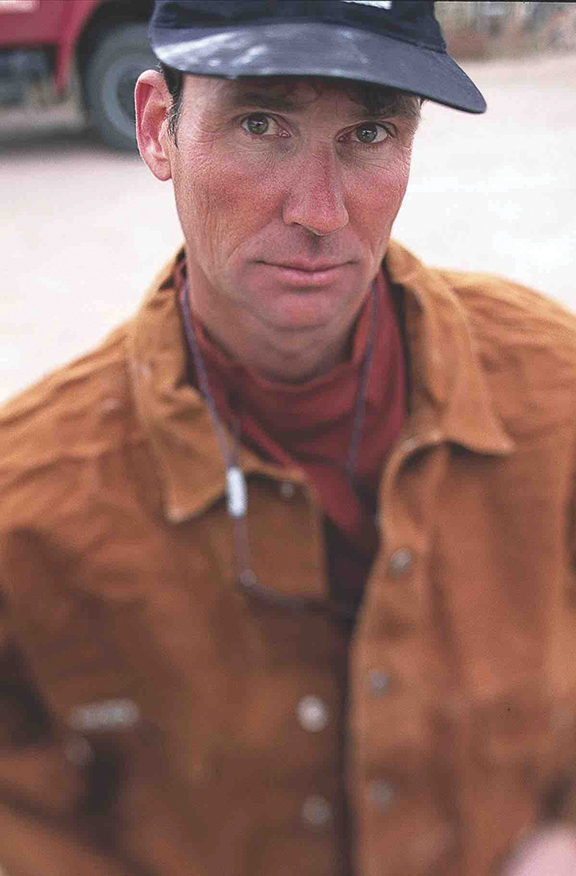 It’s so fascinating that your mother originally started telling this story! Can you tell us a bit about your mom and why you picked up the project?

My mother had a long career as a journalist and has always been a fabulous storyteller. She dug further into Boskoff’s story and realized the depth of her achievements, both personally and professionally. Her friendship with Christine’s mom grew and deepened during the years Mom worked on the book, and I’m happy to say that friendship was passed on to me.  Christine’s mother and I are now good friends and speak regularly.  I say that she must have passed the superhuman gene to her daughter because she’s still going strong at age 95!

My mom had begun putting together the book in 2006 following the disappearance of Christine Boskoff and her climbing partner Charlie Fowler. They were eventually found to have been killed by an avalanche in a remote part of western China.  After a diagnosis of Parkinson’s Disease ten years into her work on the book, she turned the project over to me with the continued hopes that one day the book would be published. I’ve loved writing an adventure story with a strong woman at the center.

What was your creative process like in pulling Christine’s story together? Did you ever get stuck on certain sections, or have to take a pause to reflect?

I came to the project very determined and certain that I wouldn’t become emotionally involved in the story or the characters.  Indeed, as many of the main players had passed away, I thought it silly to even think I’d be capable of forming those connections.

Predictably, I was wrong and found myself falling very deeply into the story, and into the lives of those I interviewed, as well as the characters themselves. There were several passages that required me to crawl into bed immediately after writing them and let myself fall apart for the rest of the day.  My hope is that these lasting friendships and connections I developed along the way can be felt as readers walk through the story. 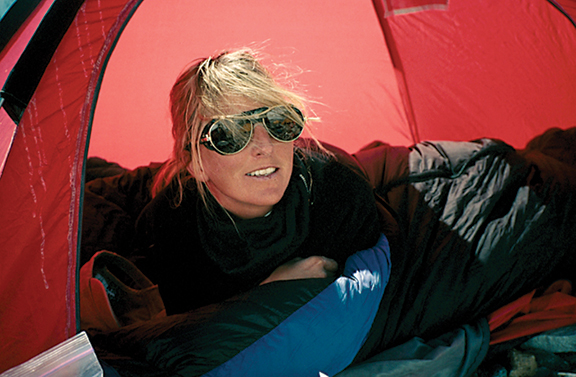 Did you consult with your mom often during the process, since she initially began putting Christine’s story together.

Initially I was able to consult with my mom, and she could edit small sections for me or provide guidance.  Sadly, the progression of her disease robbed her of the ability to help me towards the end of my writing.  She is aware the book has been published and proud as most mothers would be!

Are you a climber yourself?

I’m not, which at first I thought would be a challenge for me in writing the story, but I found it to be advantageous.  I came to the project with the same question that most non-climbers have, which is, WHY?  I wanted to understand the mentality of those who embrace such a potentially dangerous sport.  Ultimately I was looking to write the book for those of us on the outside peeking in.  As I talk to readers now, I realize most of them are non-climbers and it’s very gratifying to have written a book that’s accessible for such a wide audience.

You interviewed more than 75 friends and family of Christine and Charlie’s for the book. Are there any in particular that really stick in your mind, or helped open up a piece of the story for you?

I spent several days in Kathmandu speaking to Christine’s lead Sherpa, Kili Sherpa.  He was instrumental in helping me understand the kinds of barriers Chris had to face in the beginning of her career, both as the only woman to own a major adventure guiding business as well as one of the only women summiting 8,000 meter peaks.  The two of them came from different cultures, genders and backgrounds but forged a dear friendship that was important for me to highlight in the story. 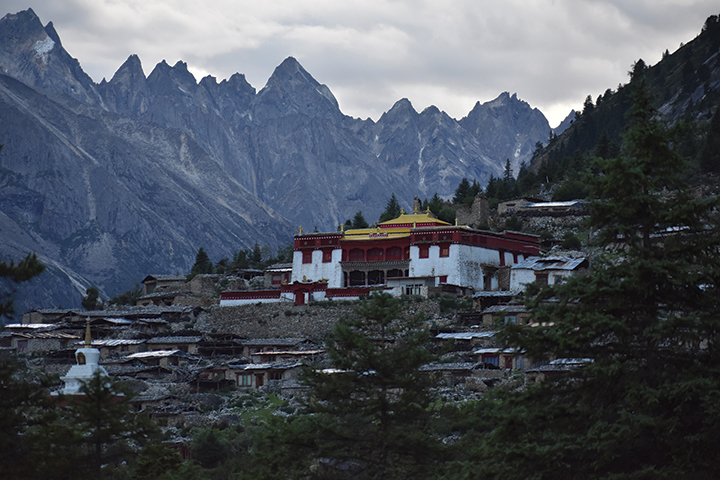 Given Christine’s incredible background and contribution to mountaineering and guiding, why do you think her story hasn’t been told until now? She’s quite the pioneer, and a wonderful example to young girls everywhere.

It IS hard to believe that this story hadn’t been written!  I call it the greatest unknown story in modern mountaineering and absolutely an extension of her deep humility.  Some of it may also have to do with the fact that she was at the top of her career when men, too, were in the heyday of 8,000 meter peak expeditions and tending to be much louder about their accomplishments.  I believe that ultimately the story was waiting for me.  Many people had considered writing it, but hadn’t for various reasons.  It seems clear to me now, and to readers, that it landed in my lap for just the right reasons.

In addition to her legacy in mountaineering, Christine was also a success in the business world. We are huge supporters of both local and women-run businesses. Can you tell us a bit about Christine’s background running Mountain Madness?

Many of us have read Into Thin Air, which chronicled the death of Scott Fischer on Mount Everest in 1996. Scott was the original owner of the guiding company Mountain Madness and Christine and her husband Keith Boskoff purchased the company from Scott’s estate shortly after his death. She lifted it out of financial instability in the process. The company is still going strong with its third owner, Mark Gunlogson, who took over after Christine’s death was confirmed in 2007. Mountain Madness will survive the pandemic and has a strong ethos of sustainable, responsible travel that Chris worked hard to establish during her tenure.

My hope is that readers will find the story to be both an escape from these uncertain times as well as a source of inspiration. It’s also a book that is causing many to wander off in search of more information on such things as Sherpa life, high altitude acclimatization, the spirituality of climbing sacred peaks, the environmental impact of mountaineering in the Himalayan range, etc.  And though, of course, I didn’t foresee the particular impact it would have in this COVID-era, I think the message of resiliency woven through every page is especially impactful during these times.

What do you think Christine would be doing today if she had survived the avalanche in 2006?

If Chris were still with us, she’d be a brilliant environmental steward as we move forward in trying to protect our earth.  She’d be a champion for racial justice having traveled all over the world and knowing what it means to truly SEE others and honor them for both the color of their skin and the goodness in their hearts.  And she’d be a humble and playful warrior for the rights of women and girls in achieving whatever they desired by looking inward and not by conforming to standards set by others.