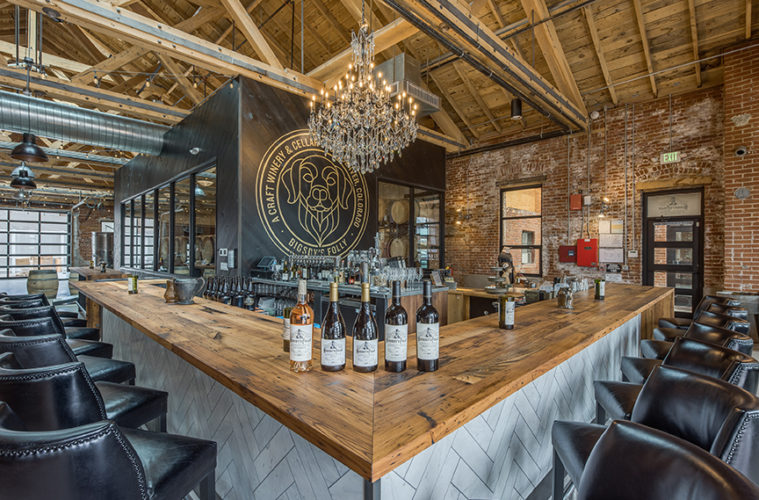 The name is a direct nod to their first Golden Retriever “Bigsby” and at the same time it captures the spirit of the Roaring 20s when life was joyful and simple. Also, known as the “Années Folles” or “Crazy Years.” The name to me simply offers a ring of welcoming. Which is how you will feel when you enter the 7,000 square foot winery in a building so rich in history. Looking past the cozy couches and gorgeous chandeliers, you can see the original brick and beams from when it was home to J. Geo Leyner Engineering Works, where they once manufactured a revolutionary rock drill for the mining industry in the late 1800’s.  Ask Chad and Marla and they will give all the props to their contractor and designer. PG Arnold Construction worked tirelessly to ensure they hit their open date. Not many people can say they love their contractor, but that is not the case here. Melissa Friday of Xan Creative put her artistic touch into the aesthetics and decor with an aim to strive for something that was a little industrial yet refined. It is a place where you can feel comfortable lingering and drinking wine with your friends. To say she hit the mark would be an understatement. 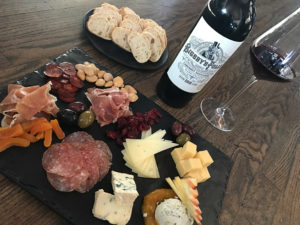 But let’s dig into the real meat and potatoes of their story. Chad and Marla have called Wash Park their home since 2002. Chad came from many professional successes prior to the creation of Bigsby’s Folly. First as an Aerospace Engineer (a rocket scientist), next as a senior business consultant, and most recently in the homebuilding and oil & gas industries. However, with the crash of the oil and gas industry, it became clear that this was the sign they’d been waiting for to pursue their dream of owning and operating a winery. While his background is diverse, the one constant is Chad’s relentless determination and desire to make a difference. For over 30 years, work was just a job. Something many of us can relate to. In fact if you look closely at their wine label, you will see in fine print “Illegitimi non carborundum,” simply put, “Don’t let the bastards grind you down.” It was time to make a change. Chad would become a vintner because he loves to be hands-on, creating. Marla would run the tasting room, commonly known as the “cellar door,” because her passion was people. But as everyone has heard the saying “If you want to make a million dollars in the wine business, start with ten million,” it remained just a dream, that is until the concept of the URBAN WINERY came to be. And, during the boom of 2015, there was no better city to open in than Denver, Colorado. 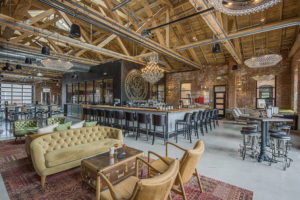 To sit down with Chad and Marla is a gift, because they are beaming with pride when they tell their story. It’s almost as if the stars aligned just right for this passionate and hard working couple. Not only did they score on a gorgeous location, but their team has quickly become family. With Brian Graham as their head wine-maker holding down the fort in Napa and Chris Nelson taking on the role of their Denver Wine-maker and General Manger, Bigsby’s couldn’t be in better hands. Brian decided to move to France to learn how to make wine in 1995. He attended the University of Bordeaux while working at several small Châteaux in Bordeaux and Burgundy all the while soaking in the old world style of wine-making. While still living in France, he attended the Wine and Spirits Educational Trust in London. Brian moved to Napa in ‘97, continuing his education at Napa College and working for several wineries and wine-makers of distinction before turning his attentions to specializing in small family-owned projects with unique terroirs. 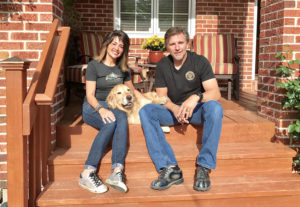 Chris has over a decade of successful wine-making experience, working with over 15 varieties from over 60 vineyards, stretching from Walla Walla, WA to Santa Barbara, CA and Martinborough, New Zealand. He has already achieved a 90+ point rating on over 75 different wines throughout his burgeoning career. “Wine’s supposed to be fun — it’s relaxing and good for you,” Chris says. This really sets the tone for your experience at Bigsby’s. It is one that is not intimidating or pretentious, but casual and at the same time extraordinary.  A place where their guests can witness and interact with the wine-making process. 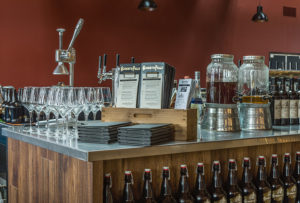 Admittedly, their Rosé of Grenache from Lodi and the Reserve Cabernet Sauvignon from Napa Valley was our favorite.  You can enjoy a flight, find your favorite and even leave with a growler-to-go. At 1-Liter, it is priced the same as their 750 ML bottles, not only is this an incredible offer, but a green one at that. The wine in the growlers with its airtight seal can keep for up to a week in the fridge. If wine isn’t your thing, they offer specialty cocktails and beer. The best part? They also offer a delicious menu designed from the culinary genius of Rebecca Austin. As a proud native of Denver and former Marine, she took her strong leadership skills back to her home state to open Vinue Food and Wine Bar in Cherry Creek, which she recently sold to new management.  Now, as Chef and Director of Culinary at Bigsby’s Folly, she brings creative menu pairings to the wine selections while heading up the catering program for large events as well. The menu exceeds all expectations ranging from shared plates to desserts. We tested the Bleu Sirloin flatbread, Charcuterie Board as well as the Ahi Tuna Tower. While all were delicious, our favorite was the ponzu glazed tuna with layers of avocado, crushed kettle chips and baked wontons. You will leave Bisgby’s satisfied and ready to commit to the idea that this place will become a regular on your rotation. 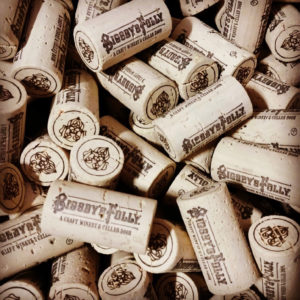 Their dog friendly patio sits adjacent to the tracks and is a train lover’s paradise. While city regulations don’t allow dogs in the winery, the Yetka’s love for man’s best friend exudes throughout the open space. Marla’s passion for wine is only second to her love for animals and her belief in the therapeutic benefits of the human-animal bond. She and her golden retriever therapy dog, Snickers, volunteer at a variety of facilities in the Denver-metro area helping those in need. 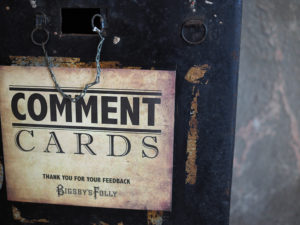 Chad and Marla set out to create a space where you want to put down your phone and pick up a glass to enjoy with friends. We are so happy that you took this risk and now we can all benefit from your sense of adventure or “Fortunam Tempta.”